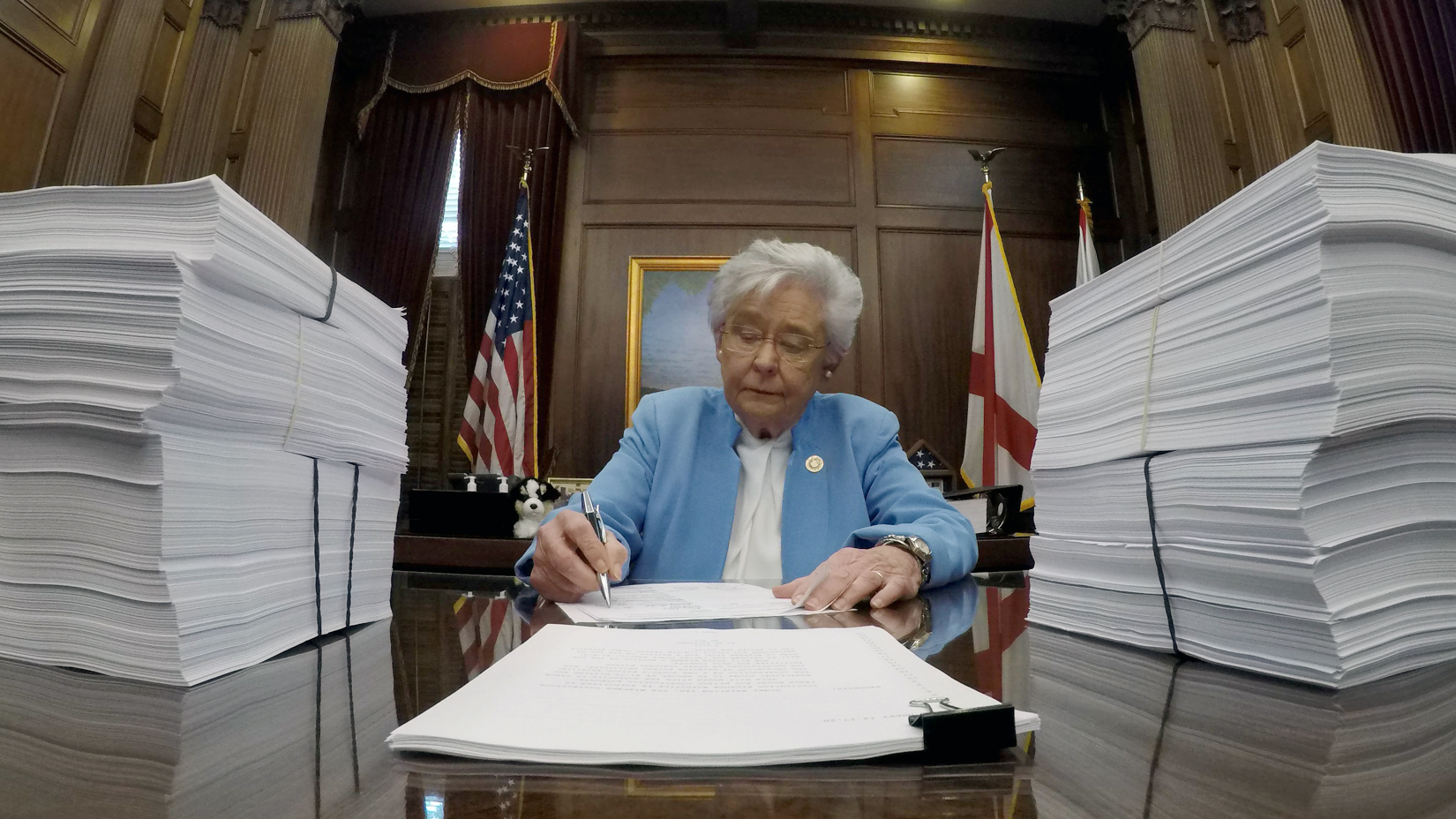 Zeigler and Rogers are joined as plaintiffs in the suit by Leslie Ogburn, who owns property next to a proposed prison site in Elmore County, and Kenny Glasgow, a Houston County pastor and advocate for incarcerated people.

The lawsuit, filed in Montgomery County Circuit Court, alleges Ivey’s plan to have the private prison company CoreCivic build and then lease two of three new prisons to Alabama runs afoul of the Alabama Constitution and state laws. The state would operate the prisons while CoreCivic would maintain the buildings, according to Ivey’s plan.

A third prison is to be built in Bibb County by Alabama Prison Transformation Partners, a team of developers, but negotiations for that deal are ongoing.

The suit argues that the state Legislature must approve such a plan, which the plaintiffs say could cost the state as much as $3.6 billion and was negotiated without consulting the Legislature.

The lawsuit seeks a declaratory judgment from the court, nullifying the lease agreements, and a preliminary injunction suspending Ivey’s prison plan.

CoreCivic has struggled to secure financing for the Alabama prison project, with Barclays Capital and another underwriter pulling out of the project after mounting criticism. The Public Finance Authority, a Wisconsin-based financial entity that was set to issue bonds for CoreCivic’s Alabama prison build, also dropped out of the deal.

CoreCivic’s troubles finding financing could mean the multi-million dollar project may ultimately have higher interest rates, which could end up costing the state more, a portfolio manager told APR earlier this month.

CoreCivic also recently agreed to $56 million to settle a lawsuit levied by shareholders that alleged the company’s public statements to shareholders that the company provides high-quality services at a lower cost than government-run facilities were false, and that company executives knew this.

“The Alabama Department of Corrections conducted extensive due diligence prior to, and in the process of, undertaking this project to ensure the Leases were entered into in accordance with applicable laws,” said ADOC spokeswoman Kristi Simpson in a response to APR. “This politically motivated litigation is clearly intended only to distract. Frankly, it is disappointing that these individuals oppose progress and improvement within the State’s correctional system. The ADOC will swiftly respond to these baseless and unsupported allegations, and remains committed to building a more rehabilitative, therapeutic environment for our population of incarcerated people.”

“If this prison gets built in Tallassee, it will be incredibly damaging to the small business I run,” said Leslie Ogburn in a statement.

Zeigler said in a statement that as state auditor, it’s his duty to see that state funds are appropriately spent.

“After carefully reviewing the issue, it is clear to me that Governor Ivey’s plan to spend more than $3 billion renting private prison facilities does not fall within the bounds of Alabama law,” Zeigler said.

Ivey told reporters last week that she was working with legislators to find a way to keep the prison project moving forward.