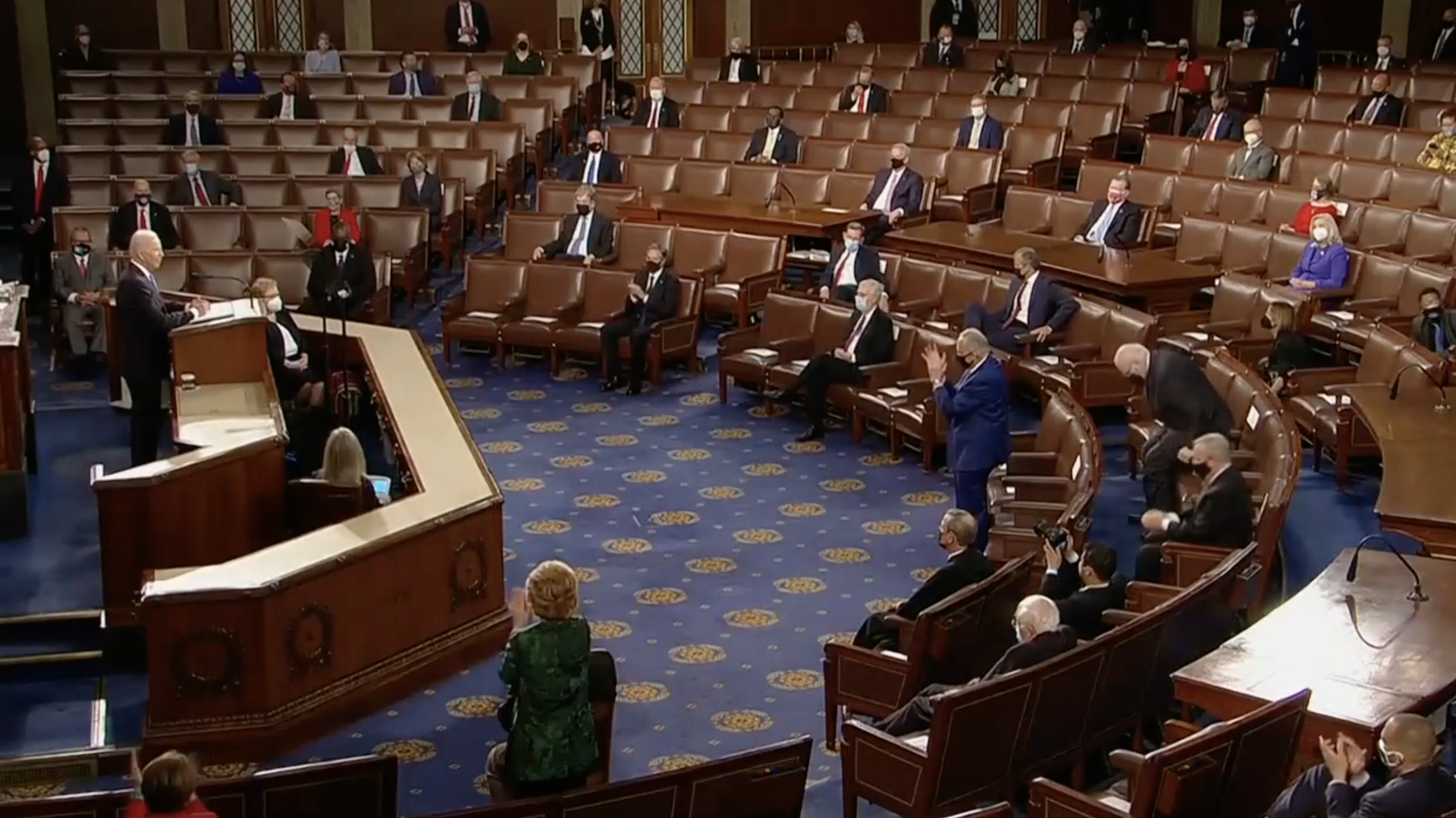 President Joe Biden on Wednesday addressed the nation about his accomplishments during his first 100 days in office as president, ongoing efforts to combat the COVID-19 and his vision for the next four years. Reactions to the speech from Alabama’s congressional delegation were sharply divided along partisan lines.

“President Biden continues to govern counter to what he promised in his inaugural address when he pledged to not be a partisan President,” Aderholt said. “Instead, he is pushing a liberal, wish list, spending frenzy that Franklin Roosevelt could never have dreamed of and sending the American taxpayer the bill. And because he is pushing such partisans spending bills, he will get partisan results from Congress. This is not the Joe Biden of old who worked across the aisle, but a new Joe Biden who seems to be a trojan horse for the radical left.”

“In the first 100 days, President Joe Biden and Vice President Kamala Harris have demonstrated their commitment to delivering on their promise to heal our Nation and Build Back Better,” Sewell said. “Already, President Biden has met this moment with the urgency it requires, signing into law the most robust and ambitious legislative package in a generation to rescue our economy and deliver critical relief to the American people. His efforts have put us on a path toward a better future.”

Congressman Mike Rogers, R-Alabama, condemned the Biden vision as “socialism” and said that the Biden agenda could do great harm to both the American and Alabama economy:

“Tonight, President Biden laid out to the American people his version of socialism,” Rogers said. “The list of big government over-reach into our jobs, schools and lives by the Biden administration is unprecedented. For example, the so-called ‘Jobs Plan’ should be called the ‘anti-jobs plan.’ The damage it will cause to industries in Alabama and across America can’t be overstated.”

“Where President Trump put America first, President Biden is doing everything he can to make America last,” Rogers said. “China is laughing at us all the way to the bank. I will tirelessly work against this socialist agenda. As President Trump said, ‘America will never be a socialist country.’ We should all commit to the principle of freedom on which our great nation was founded.”

Sen. Richard Shelby, R-Alabama, said that Biden is prioritizing a liberal agenda rather than reaching across the aisle:

“Tonight’s address from President Biden was focused on drastically changing the country, but instead of reaching across the aisle to find ways to work together, this Administration is prioritizing liberal policies and a partisan agenda,” Shelby said. “The President’s speech was a snapshot into the unprecedented spending sprees and executive overreaches his Administration has planned for the next four years. Expanding big-government programs, forcing the largest tax increase in a generation, and undoing effective border policies would damage our economy and undermine the rule of law. He failed to outline a legitimate plan to improve our nation’s infrastructure system – whether that be traditional roads and bridges or modern rural broadband. Instead, he would rather burden Americans with steep tax hikes. To make matters worse, he plans to do this when individuals and businesses are already struggling to recover from the COVID-19 pandemic. Taxation has economic consequences; Republicans know that, and Democrats should too.”

“President Biden’s Administration has been distinguished by anything but bipartisanship thus far. Americans deserve better; they deserve to be heard,” Shelby said. “It is time to put our differences aside and focus on what we can do to improve our country. Let’s work to create jobs, help American businesses compete globally, and give people the opportunity to succeed. I urge President Biden to reach across the aisle and find real solutions by addressing the concerns of all Americans.”

Congressman Barry Moore, R-Alabama, said that the president was ducking taking responsibility for the situation at the U.S.-Mexico border:

“During his first one hundred days in office, President Biden has managed to create the greatest border crisis we’ve seen in decades by halting construction on the border wall and promoting open-door policies, send thousands of American workers to the unemployment line by revoking the Keystone Pipeline permit, and tack on trillions of dollars to the national debt for liberal pet projects,” Moore said. “In his address, he not only ducked taking responsibility for the crisis he created, but he reaffirmed his commitment to the radical liberal elites by touting far-left policies that will come at the expense of everyday American families. The only thing America needs to be rescued from is this administration’s socialist policies that will leave hardworking Americans out in the cold.”

Sen. Tommy Tuberville, R-Alabama, said that Biden’s speech was “a disservice to the American people:”

“The ‘American Families Plan’ is not about helping American families, it is about redefining what it means to be an American family – allowing for big government to infiltrate Alabamians homes and daily lives,” Tuberville said. “The Biden Administration is more focused on paving the way for electric vehicles than paving roads in rural America. So, how does President Biden think Alabamians feel knowing that he’d rather spend, over $5 trillion dollars of their hard-earned dollars on progressive policies instead of investing in our national security or lifting up rural communities? To put that into perspective, that is enough to stack $1 bills from end to end from Alabama to the moon 70 times. That is abuse of taxpayer dollars that will be felt for generations to come.”