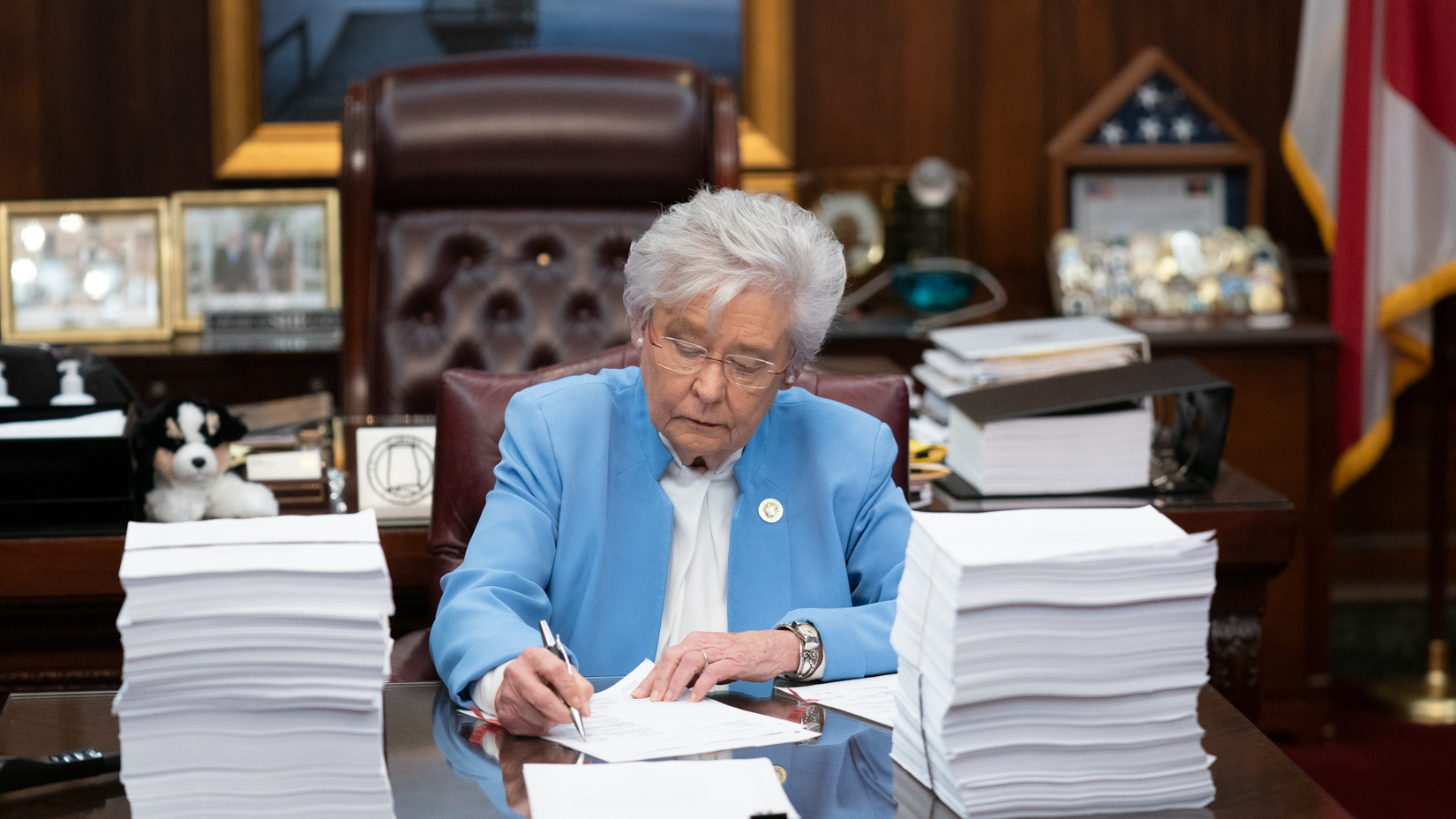 Governor Kay Ivey’s plan to lease three new megaprisons from private consortiums hit another snag on Monday when yet another underwriter pulled out of involvement in the project, according to reporting from Bloomberg News.

Stifel Financial Corp. is the latest underwriter to back away from the deal that would have the state make lease payments to the private companies that would own the new prisons for the next 30 years.

Stifel Senior Vice President of Investor Relations Joel M. Jeffrey said in an e-mail Monday: “[T]his transaction has already been withdrawn from the market. Further, you should understand that Stifel is no longer engaged with CoreCivic, any conduit, or the State of Alabama regarding the financing of the project.”

Two of the private consortiums would be led by CoreCivic. The privately owned prisons would be built in Bibb, Elmore and Escambia Counties.

Ivey signed the two contracts with CoreCivic back on Feb. 1. The state is still negotiating the deal with the private prison company that is building the Bibb County prison.

On Saturday, Ivey’s chief of staff, former Congressman Jo Bonner, told the Mid-Alabama Republican Club that the governor hoped to have an announcement on the prison “within days,” or failing that, within weeks.

Stifel Bank of Cleveland’s exit from the controversial project follows the two lead underwriters — Barclays of London and KeyBanc Capital Markets — that withdrew from the project on April 19. Region’s Bank, which was to finance the deal on the two CoreCivic-owned prisons, has also withdrawn from the project.

“The Ivey plan would force Alabama taxpayers to pay rents starting at $94 million a year and going up to $106 million,” Zeigler said. “At the end of 30 years, the state would own equity in the prisons of zero. No equity. This is a bad business plan.”

Zeigler has filed a lawsuit seeking to block the project. The outspoken state auditor is joined in the suit by three other plaintiffs: State Rep. John Rogers, D-Birmingham; Leslie Osborne, a property owner adjacent to the proposed prison site in Elmore County; and Rev. Kenny Glasgow, a prisoner rights activist from Dothan.

There will be a hearing on the lawsuit on Friday, May 14, in Montgomery County Circuit Court at 9 a.m. Judge Greg Griffin will hear motions from the state to dismiss the lawsuit. Ivey has made the construction of new prison facilities a priority of her administration.