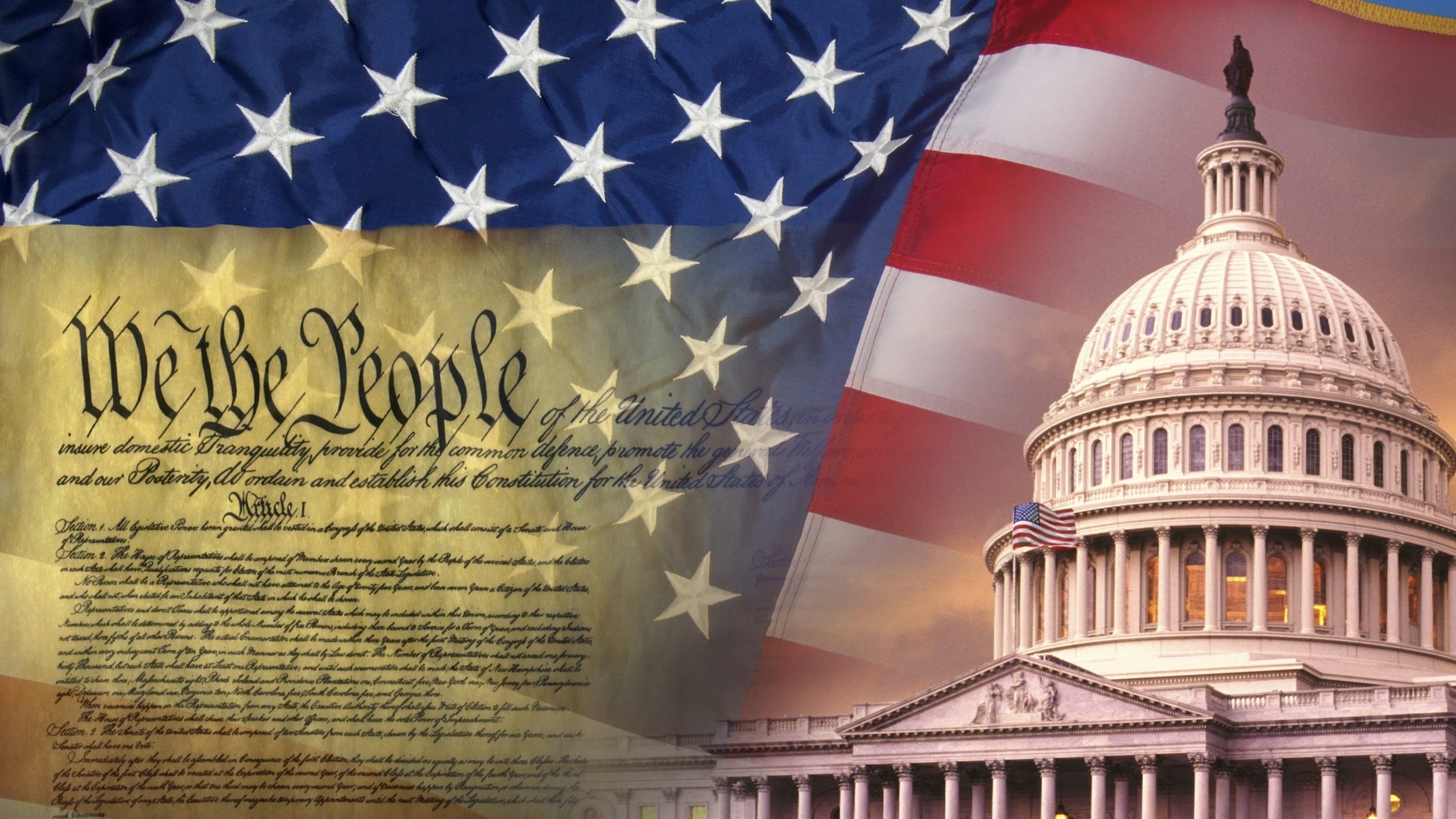 Every day you hear another politician decry socialism as something dark and wicked and to be avoided. But truth is, most of them don’t know what socialism is. To them, it’s just another buzz word that gets citizens riled up and they never stop to think, or know so little history, to learn the truth. At its core, socialism is when a society does things for the common good. Which was exactly what was done when 13 colonies promised to join forces to benefit one another and this country was born.

Examples are everywhere. A volunteer fire department is socialism in action. So is a school where citizens with no children in school pay taxes to educate the children of others. Taking up a collection in church to help a family whose house burned down is socialism.

And when it comes to states that benefit from socialism, Alabama is right near the top of the list. Only New Mexico and West Virginia have a greater difference in what each citizen sends Washington and what they get in return than Alabama. For every one dollar Alabama gives to Washington, we get two dollars in return.

Here is a close look from Answers Everyday at how this country was founded on socialist ideals and continues so to this day:

“Socialism has been feared and ridiculed by Americans for over 100 years. And yet the USA was founded in socialism and continues as a socialist nation today. Socialism cannot be avoided and should not be feared because it has made our country strong.

Yes. The United States has always been a socialist country. Although there is no universally accepted definition for socialism, most definitions agree that resources are used for the common good. The United States was founded upon the principle of 13 former colonies working together for mutual defense and benefit. The Continental Congress formally chose the name United States of America on September 9, 1776, a little more than 2 months after the delegates to the Congress signed the Declaration of Independence.

The First Continental Congress convened from September 5 through October 26, 1774. The colonies had not yet declared independence from Great Britain but they passed a compact authorizing a trade boycott against Great Britain. This was the first socialist act of what would become the government of the United States. By regulating trade for the colonies, the Continental Congress asserted that the common needs of the people outweighed the needs and desires of individuals (such as merchants and their employees).

During the War for Independence the Continental Congress authorized the raising and support of the Continental Army and Navy. The Congress issued currency, took on debt, requisitioned supplies and equipment from the various states, and paid salaries. These socialist measures were not popular and often resulted in individual states interfering with or overriding Congressional mandates. Continental officers were sometimes drafted into state militias, and local officials often refused to enforce Congressional requisitions.

The Continental Congress also passed The Articles of Confederation in 1771. The states only ratified them, giving them the weight of constitutional law, in 1781. The articles created a weak central government but the Congress had authority over international relations and the postal service.

Under the Articles of Confederation, the Congress set aside land for public use in each state. The Congress assumed control over westward expansion of the nation into the frontier territories, and established regulations for surveying and settling frontier lands.

The Constitution of the United States of America was ratified on June 21, 1788. It established the framework for the current federal government consisting of three branches: legislative, executive, and judicial.

Article I, Section 8 conferred upon the Congress all authority to regulate money, commerce, postal services and roads, patents and copyrights, state militias, issue and pay debt, and to raise taxes to pay for federal government expenses. These were all socialist policies codified into constitutional law.

The federal government passed the Funding Act of 1790, by which the federal government assumed all responsibility for the states’ unpaid obligations from the War for Independence and the years when the Articles of Confederation were in force. The law authorized the Department of the Treasury to issue the first U.S. Treasury Securities to replace the bonds issued by the states.

The First Amendment to the Constitution (found in the Bill of Rights) guarantees that socialist policies or laws do not infringe upon individual rights such as freedom of expression, freedom of religion and worship (or abstention from), freedom of the press, freedom of peaceful assembly, and freedom to petition government for a redress of grievances. These rights are not anti-socialist policies; rather, they limit the power of the government’s socialist actions to impact the lives and freedoms of individuals (not limited to citizens).

National parks, federal roads and highways, and various special administrations including the Social Security and Veterans Administrations are all socialist services provided by the federal government.

The Food and Drug Administration, the Federal Communications Commission, the Securities and Exchange Commission, and other similar regulatory bodies are also socialist services created by the federal government to oversee and regulate the use and distribution of goods and wealth in this country.

The federal government also created socialist institutions such as the Tennessee Valley Authority, the U.S. Bureau of Reclamation, and other regional bodies that manage dams, dykes, and canals. Mortgage guarantors Freddie Mac and Fannie, deposit insurance institutions like the F.D.I.C., F.S.L.I.C., and N.C.U.A all oversee socialist monetary policy that provides homeowners and banking system customers with access to stable money and secure deposits.

The Federal Reserve System is a central bank named to sound less socialist at a time when socialism was highly controversial.

State and local governments build and operate port facilities for the the receipt and shipment of goods, airports, highways, roads, canals, bridges, and other facilities used in trade, travel, and commerce. They also establish and maintain parks, museums, schools, hospitals, and public utilities for managing waste, electricity, water, and other resources.

There is almost no part of American life and business that is not impacted by socialism – government regulation or control of resources.

Socialism Is Meant to Serve the Common Good

As with capitalism, monarchicalism, and other forms of government and economics, socialism has both its proponents and critics. Every system can be used for good or evil. American capitalism has contributed heavily to poverty, ecological disasters, political instability in foreign countries, organized crime, and more. But American capitalism has also created jobs, provided health benefits, provided support for educational systems, and nourished the most powerful economy in the world.

Whether a government policy is socialist or not isn’t as important as whether it helps or hurts people. Powerful wealthy families have devoted untold resources to exploiting and marginalizing the majority of American workers for their own personal gains. And yet some of the most beloved philanthropists in history who championed laws improving health and economic opportunity for the poor and oppressed groups in America came from those same families.

Government by its very nature for its very purpose is socialist to the core. The purpose of good government is to manage vital resources for the common good. Although some people place individual liberty above the common good, a majority of people both in the United States and throughout the world prefer to live under socialist systems.

Without socialism communities throughout the United States would receive no aid when they are devastated by tornadoes, earthquakes, fires, floods, and hurricanes. Any state or national leader who withholds aid from these communities is not defending the country against socialism but rather is harming the common good.

Yes, Virginia, the United States is a socialist country. The good old U.S. of A. has always been a socialist nation and no one should feel shame or anger at the country’s socialist programs and policies.

Socialism is a way for people to show their compassion and empathy for those less fortunate who need help in times of trouble. Government systems and methods may not be perfect but they are capable of acting on scales that cannot be matched by personal and non-profitable charitable generosity.

We will always need charitable organizations but they cannot step into the void created by irresponsible or bankrupt government that doesn’t create and fulfill socialist services. There is no need for government if it doesn’t serve the needs of the people.”

Barry Moore and Mo Brooks both voted against suspending the debt ceiling until after the 2022 midterm elections.

Britt is the first candidate in the 2022 Senate race to sign the pledge as a candidate for Senate.