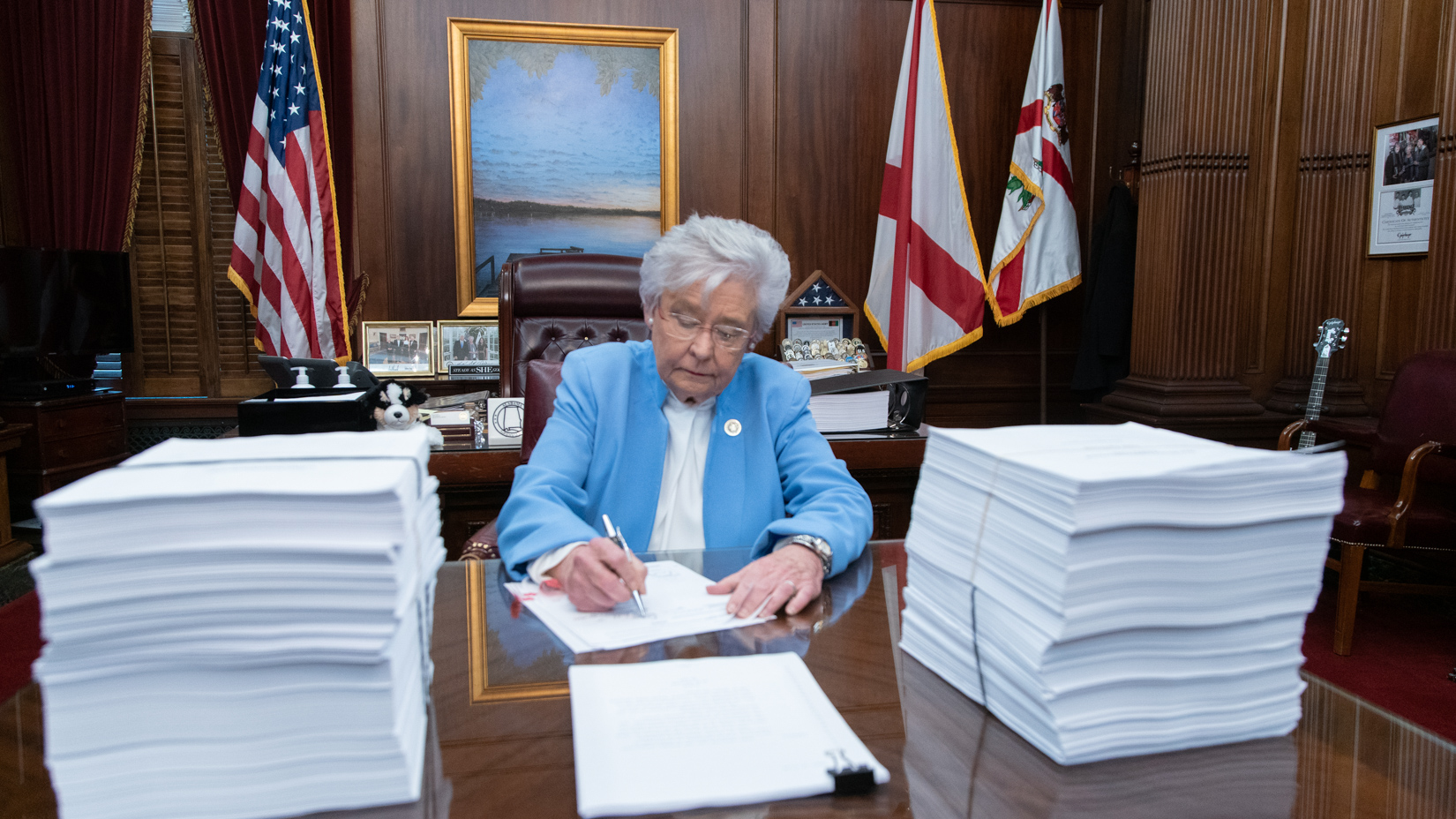 The lawsuit alleged that Ivey’s plan runs afoul of the Alabama Constitution and state laws.

The suit also argued that the state Legislature must approve such a plan, which the plaintiffs say could cost the state as much as $3.6 billion and was negotiated without consulting the Legislature.

Ivey’s plan calls for the state to lease and operate two prisons, to be built and maintained by the private prison company CoreCivic. A third prison is to be built in Bibb County by Alabama Prison Transformation Partners, a team of developers, but negotiations for that deal are ongoing.

Montgomery County Circuit Judge Greg Griffin in his order dismissing the case wrote that defendants in the case have “sovereign immunity” and therefore claims against them should be dismissed.

Griffin also said in his order that the plaintiffs’ claims that the leases should be considered state debt, which such a construction plan would make illegal according to the state constitution, failed on merit.

Specifically, this Court finds that the Leases do not constitute a debt to the state and, therefore, are not unconstitutional,” Griffin said in his order.

“Today’s ruling confirms what we knew all along – this was a frivolous lawsuit with political motivations,” said Gina Maiola, Ivey’s press secretary, in a message to APR. “The governor continues to pursue solutions to this decades-old problem, and she remains focused on ensuring these facilities are built.”

The Alabama Department of Corrections in a statement Monday said the department is pleased with the judge’s decision.

“We intend to put this politically motivated distraction behind us and move forward with the comprehensive efforts underway to re-envision the future of corrections in Alabama, a key component of which is addressing critical infrastructure needs,” the department said in a press release. “Our vision – which is to create a system that better prepares people who are incarcerated to successfully reenter society upon release – begins with replacing failing infrastructure that has far outlived its useful life. We remain fully committed to building a better system that improves living and working conditions, provides increased space for educational opportunities, enhances the provision of health and mental health services, and expands vocational training opportunities.”

Morgan Duckett, co-founder of Alabama Students Against Prisons, a group of nearly 400 college students across the state who oppose Ivey’s prison construction plan, said in a statement that the judge’s order to dismiss is beyond disappointing.

“This decision silence students, formerly and currently incarcerated people, rural farmers, teachers, legislators, and any taxpaying Alabamians opposed to executive overreach by our Governor and Dept. of Corrections,” Duckett said. “Governor Ivey’s office has turned a human rights crisis into an opportunity for profit. Rest assured, Alabamians will continue to show up in opposition to these efforts and in support of equitable solutions.”

CoreCivic has struggled to secure financing for the Alabama prison project, with several underwriters pulling out of the project after mounting criticism. The Public Finance Authority, a Wisconsin-based financial entity that was set to issue bonds for CoreCivic’s Alabama prison build, also dropped out of the deal.

CoreCivic’s troubles finding financing could mean the multi-million dollar project may ultimately have higher interest rates, which could end up costing the state more, a portfolio manager told APR.

Today is the last day of the state’s legislative session, and the future of Ivey’s prison plan was uncertain as lawmakers made their way through a House special order calendar Monday morning that did not include any bills related to the prison build. Ivey could call a special session to address the matter, however.