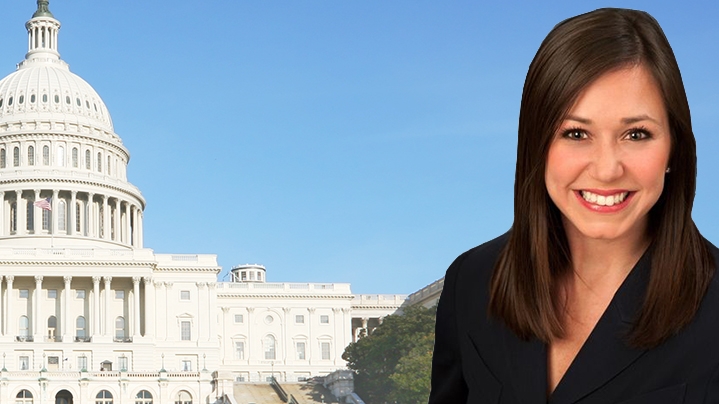 Katie Boyd Britt, President & CEO of the Business Council of Alabama, has informed the Executive Committee of BCA that she is resigning her position with the organization effective June 4, 2021 to pursue other opportunities.

This move on Britt’s part is likely a precursor to her announcing a bit for the U.S. Senate, according to multiple sources who spoke with APR on background.

Britt assumed the helm of BCA in January 2019 at a very challenging time and, with her team, stabilized and built a much stronger organization. She leaves BCA in an excellent position to continue enhancing the services, resources, benefits and pro-growth advocacy offered to its member businesses across Alabama.

“The Board and the entire leadership team at BCA are greatly indebted to Katie for the leadership she has provided. Katie and the BCA staff are to be commended for their work serving businesses of every size and sector. Today’s BCA is focused on advancing a 21st century economy in which all Alabamians can thrive. We will miss Katie’s leadership and energy on behalf of hardworking Alabama families and job creators; however, she leaves BCA having improved the organization and our state. I have no doubt that BCA’s future is bright, as is Alabama’s. We all wish Katie the very best in her future endeavors,” said Gary Smith, chairman of BCA.

Britt previously served as the chief of staff to U.S. Senator Richard Shelby.

“One of my greatest prides at BCA has been bringing the previously forgotten back into the fold our small businesses on Main Street, and the rural businesses and industry that are the heart beats of local communities in every corner of our great state,” stated Katie Boyd Britt. “We have relentlessly fought for the things that matter most to hardworking Alabamians trying to earn livelihoods, build lives and raise families. Certainly, some of our toughest, yet most rewarding, battles have come the past year during the pandemic. We helped lead the successful charge to Keep Alabama Open, and spearheaded the push to protect businesses from frivolous COVID lawsuits.”

“I cannot stress enough that none of this would have been possible without the exemplary team at BCA, as well as the BCA members who volunteer their time, resources and talent for the betterment of our state on a daily basis. I am eternally thankful for their support and their passion for moving Alabama forward,” she concluded.

A native of Enterprise, Britt received her undergraduate and law degrees from the University of Alabama, where she also served as president of the Student Government Association.

“Katie will be difficult to replace, but we are fortunate that Robin Stone has agreed to serve as Interim Executive Director of BCA while our leadership selects a permanent replacement in the President’s role,” Smith added. “Robin is veteran of service in the business community and will provide solid leadership and a smooth transition.”

Stone has played a role in BCA activities for decades, including serving as the chairman of the Governmental Affairs Committee and serving on the ProgressPAC Executive Committee. He is currently the principal of the Robin Stone Company, a governmental and public affairs consulting firm. He previously served for more than 14 years as Vice President for Government Relations for Blue Cross Blue Shield and before that served for 20 years in the same capacity with the Boeing Company. Stone was also the Director of Legislative Affairs for Governor Bob Riley.