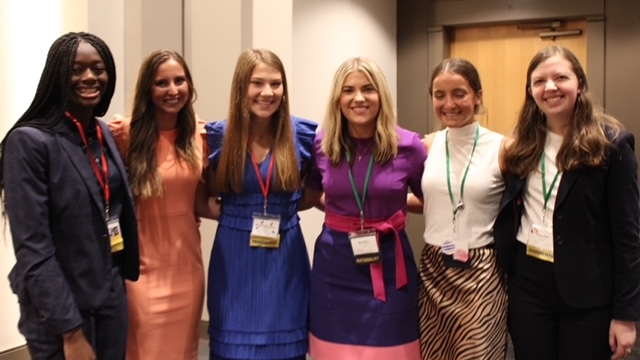 The 78th and 79th sessions of the American Legion Auxiliary’s Alabama Girls State were held on the campus of The University of Alabama from June 6 to June 11. Alabama’s ALA Girls State was the only Girls State program in the nation to hold 2 separate Girls State programs simultaneously, electing 2 full slates of elected officials.

“It was so important for the delegates to attend events in person. So many have had limited interaction during the pandemic and it was so important for them to able to enjoy meeting other young women from around the state in person and face to face”, said Lee Sellers, director. “It was with a heavy heart that we cancelled last summer’s program but the delegates were able to make up last year’s loss this year.”

Over 400 young women attended the program. ALA Girls State continues to be the primary youth leadership program for young women in Alabama. The goal is to learn the duties, privileges, rights, and responsibilities of American citizenship in order that they may understand and participate in the functioning of their government and to help them grasp the meaning of some of the responsibilities they must assume as they become adults.

The American Legion Auxiliary Girls State program operates through a nonpartisan curriculum where students assume the roles of government leaders to become mayors and county and state officials of their ALA Girls State.

This year, the following young women were elected to top statewide offices:

Two young women, Bickley Bowran (Birmingham) and Graci Doster (Enterprise) were selected from the 2021 delegation to serve as Alabama’s U.S. Senators to Girls Nation, which convenes next month in Washington, D.C.