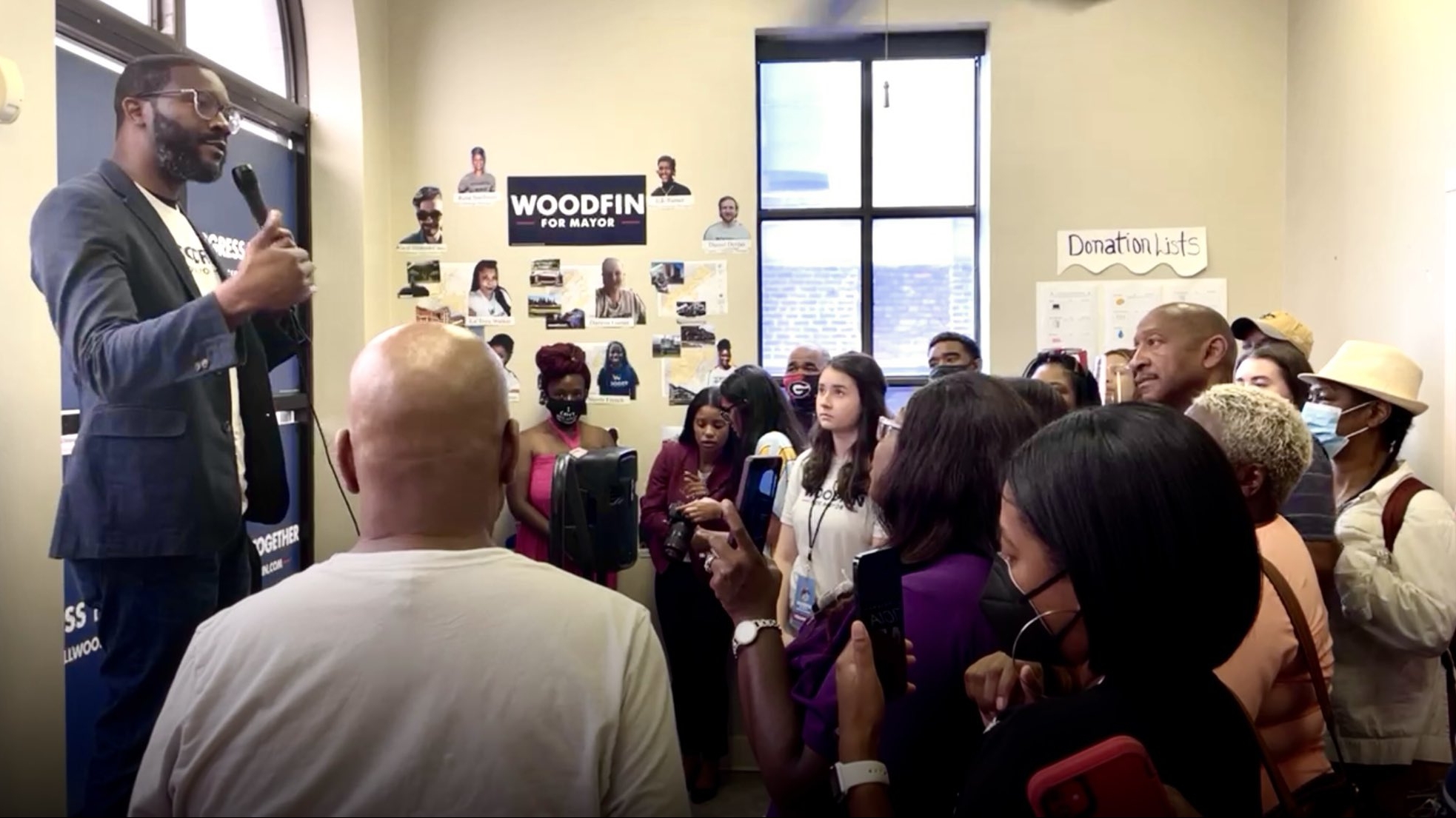 Randall Woodfin speaks at an open house for his re-election campaign.

The Randall Woodfin for mayor campaign held an open house event on Friday with supporters and volunteers to kick off summer campaign activities and introduce key staff members.

Over 230 supporters joined Woodfin and his campaign staff and volunteers for their first office open house event to kick off summer campaign activities. The event included speakers, refreshments and interactive stations, including a space for supporters to share their #WithWoodfin story.

René Spellman was hired as Woodfin’s campaign manager. She is the former deputy campaign manager for Bernie Sanders’s 2020 campaign for the Democratic nomination for president of the United States.

Daniel Deriso and E.J. Turner were both hired to serve as deputy campaign managers.

Claire Brickson is the communications director.

“I’m incredibly proud of the team I got to introduce tonight, and excited about the work we have ahead of us,” said Mayor Randall Woodfin. “This group believes in the power of making progress together; and will continue to show up and show out for Birmingham’s future — both for the final two months of the campaign and the next four years after that.”

“The energy in this crowd tonight shows that folks are fired up and ready to hit the ground running,” said Deputy Campaign Manager E.J. Turner. “Our volunteers and supporters are knocking on hundreds of doors and making thousands of phone calls to connect with folks directly and share their story of why they are with Woodfin. This campaign is about putting people first, and we’ll continue to prioritize that kind of relational organizing — as we have since day one — in the final 67 days of this campaign.”

The Birmingham municipal elections will be held on Aug. 24. The runoff will be Oct. 5 if needed. Additionally, all nine city council positions and all nine members of the Birmingham school board will also be on the ballot.