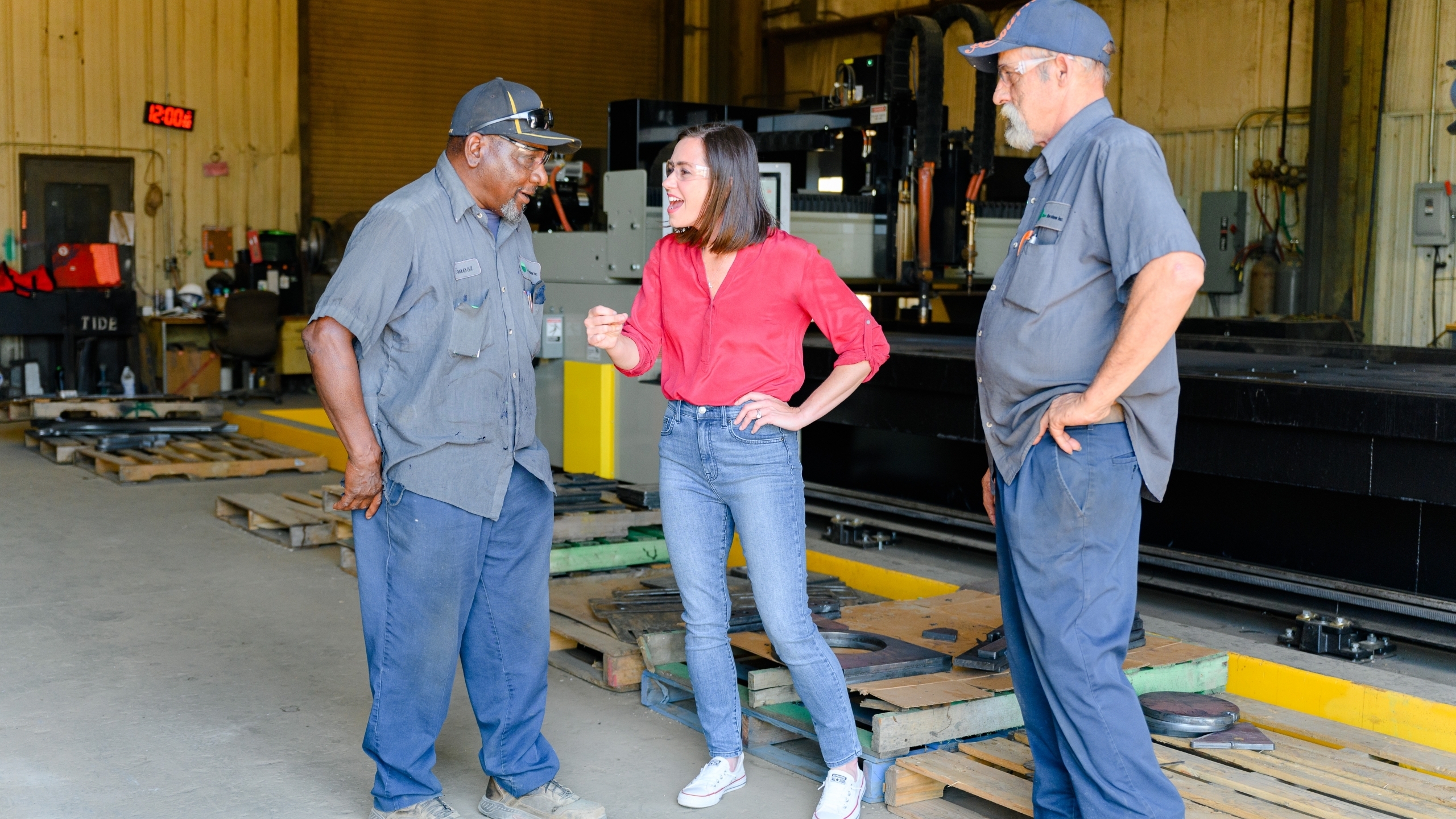 Katie Britt announced early Tuesday morning that her Republican 2022 campaign for the U.S. Senate proves to be a juggernaut, raising $2.24 million in just three weeks after announcing her candidacy.

According to Britt’s campaign, this is the most ever raised in a quarter by a Republican candidate for federal office in Alabama.

She also set a new Yellowhammer State record for the most ever raised in a single month by any candidate, despite having only 21 days as an announced candidate to do so.

The first-time candidate saw 90 percent of her quarterly contributions come from Alabamians, underscoring the central message of Britt’s campaign.

“I am proud that such a large number of our contributions came from right here in Alabama,” Britt said. “It is clear that the people of our great state know that we don’t just need a senator from Alabama; we need a Senator for Alabama. Our Alabama First message is resonating strongly with hardworking families who want to protect our Christian conservative values and see real results – not the same old tired, empty rhetoric that politicians have been selling them for decades. We’re seeing and hearing this on the campaign trail every day, and these numbers certainly reinforce the incredible reception and momentum we’re experiencing on the ground. I cannot thank our supporters enough for their enthusiasm and generosity.”

A lifelong Alabamian born and raised in Enterprise, Britt raised $353,694 from her native Wiregrass.

“I believe in Alabama and the promise of the American Dream we grew up with – and it’s humbling that so many Alabamians believe in me and the dream that the daughter of two small business owners from Coffee County will soon represent us in the United States Senate. Our team is growing by the minute, and this movement is just getting started,” she said. “Together, we are going to win in 2022 and ensure Alabama always has a seat at the table.”

Britt resides in Montgomery with her husband, Wesley, and their two children, Bennett and Ridgeway. Wesley was a first-team All-SEC and third-team AP All American as an offensive lineman at The University of Alabama, going on to play in the NFL for the New England Patriots. The Britt family attends First United Methodist Church.

Who gets to claim THEY are God’s chosen human? Well, Durant did right out of the box.

The sister of U.S. Senate candidate Mike Durant said her brother attempted to silence her and chose to support her father, who she said...