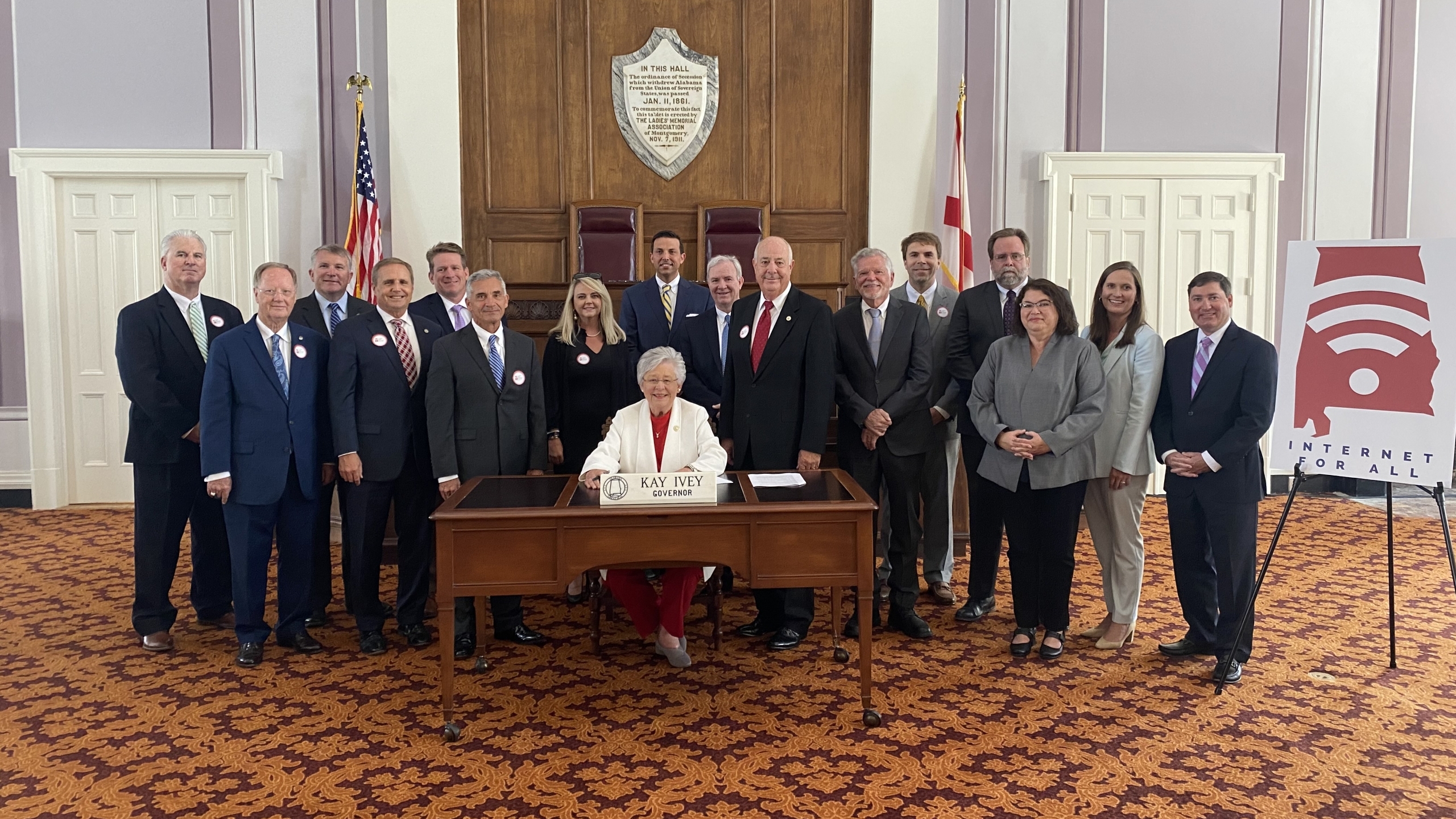 Gov. Kay Ivey with dignitaries at a ceremonial bill signing of the Connect Alabama Act.

“The Connect Alabama Act is a transformational piece of legislation that I am proud to support and sign into law,” noted Ivey. “This landmark new law ensures that Alabama will expand much-needed broadband access and further position Alabama for a robust 21st Century economy, education system and healthcare system.”

Joining the governor for the ceremony were bill sponsors Sen. Del Marsh, R-Anniston, and Rep. Danny Garrett, R-Trussville, representatives from the Alabama Rural Broadband Coalition and the Connect Alabama Steering Committee, as well as members of the Alabama Digital Expansion Authority. The authority hosted an official meeting earlier in the day.

“The Alabama Rural Broadband Coalition continues to promote internet for all through forward thinking broadband solutions. We are grateful to Governor Ivey and the legislative champions who are leading the effort in bridging Alabama’s digital divide,” said Blake Hardwich, Energy Institute of Alabama Executive Director representing the Alabama Rural Broadband Coalition.

Currently, Alabama is ranked 47th in terms of broadband connectivity and 73 percent of Alabama’s population does not have access to an affordable broadband plan. Alabama is also the only state in the southeast without an official broadband plan.

The Alabama Rural Broadband Coalition, formed in 2018, is a group of organizations ranging from agriculture to economic development, education and health care that works to expand internet service by offering proactive policy solutions. The Coalition was instrumental in securing passage of Senate Bill 215.

Will Boyd12 hours ago