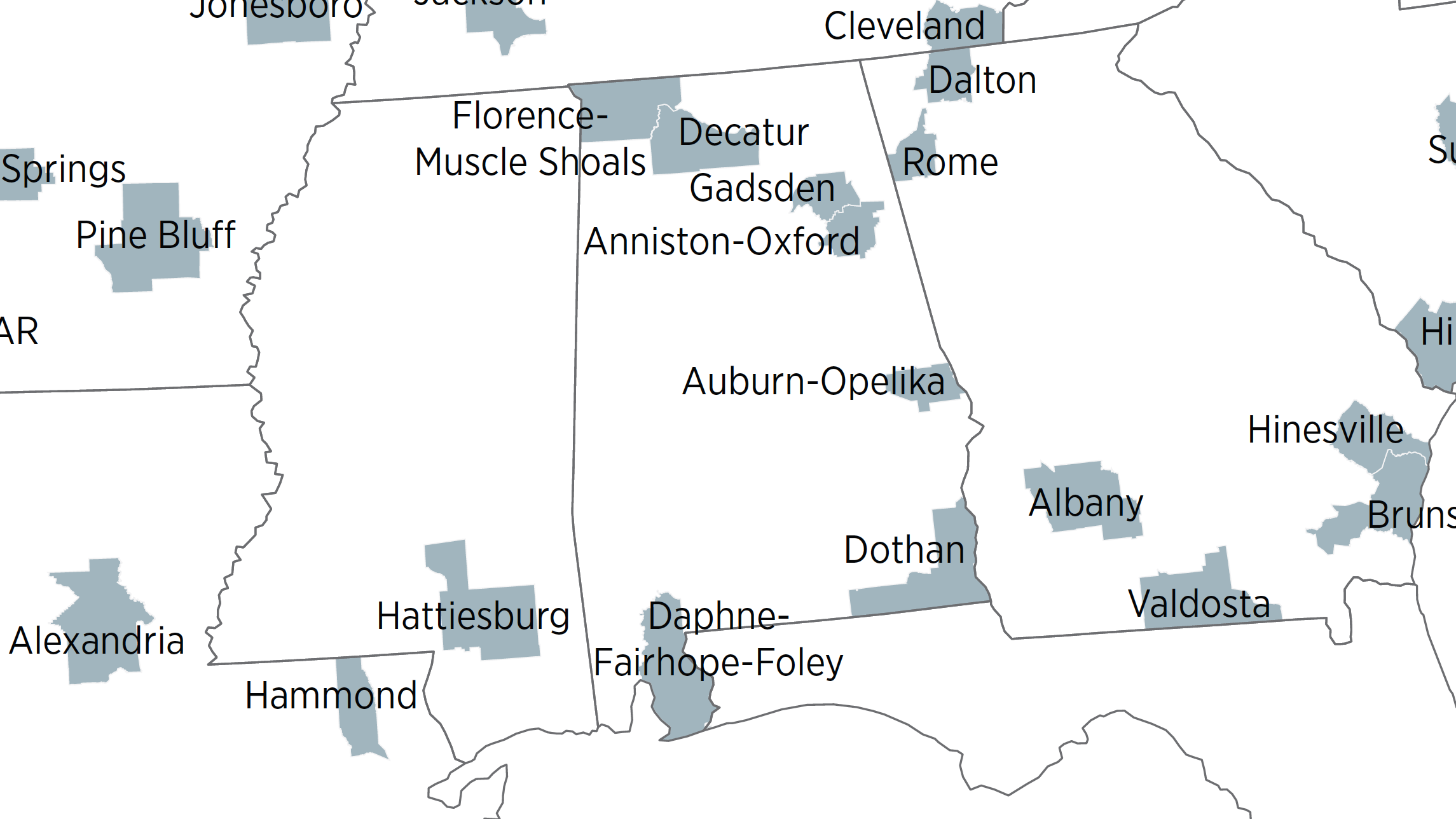 Seven Alabama Metropolitan Statistical Areas could have lost MSA designation under the proposed rule. (FEDERAL REGISTER/OFFICE OF MANAGEMENT AND BUDGET)

The Office of Management and Budget has announced its decision to maintain the existing standards for delineating core-based statistical areas. This was after a six-month public comment phase. The proposed change would have negatively impacted several Alabama metro areas.

Both Congressman Jerry Carl ,R-Mobile, and U.S. Sen. Tommy Tuberville, R-Alabama, had joined a bipartisan group in Congress urging the OMB to reject the proposed new rule that would have changed the definition of a Metropolitan Statistical Area from a minimum population of 50,000 persons as it is currently to a minimum population of 100,000 persons.

The new rule had been proposed by the Trump administration but subsequently announced by the Biden administration. Carl joined colleagues on a March 16, 2021, letter to the acting director of the OMB urging them to reject the proposal.

“I’m proud to have joined this bipartisan effort to protect areas like Baldwin County and ensure they are able to continue receiving important federal grant money, especially as our local communities work to rebuild economic engines that have been damaged by the COVID crisis,” Carl said.

Tuberville had also sent a letter and earlier this week had also cosponsored Senate legislation that would have required OMB to retain the current 50,000 person standard. That bipartisan legislation was introduced by Sens. John Thune, R-South Dakota, and Mark Kelly, D-Arizona.

“The OMB’s decision to maintain existing standards for determining metropolitan statistical areas is great news for Baldwin County. If enacted, a proposed rule change would have stripped Baldwin County of its designation as a Metropolitan Statistical Area, which would have resulted in a potential loss of millions of dollars in federal grants,” Carl said.

Changing the MSA threshold from 100,000 to 50,000 would have serious negative impacts on the Alabama cities of Florence, Muscle Shoals, Decatur, Gadsden, Anniston, Oxford, Auburn, Opelika, Dothan, Daphne, Fairhope, and Foley. 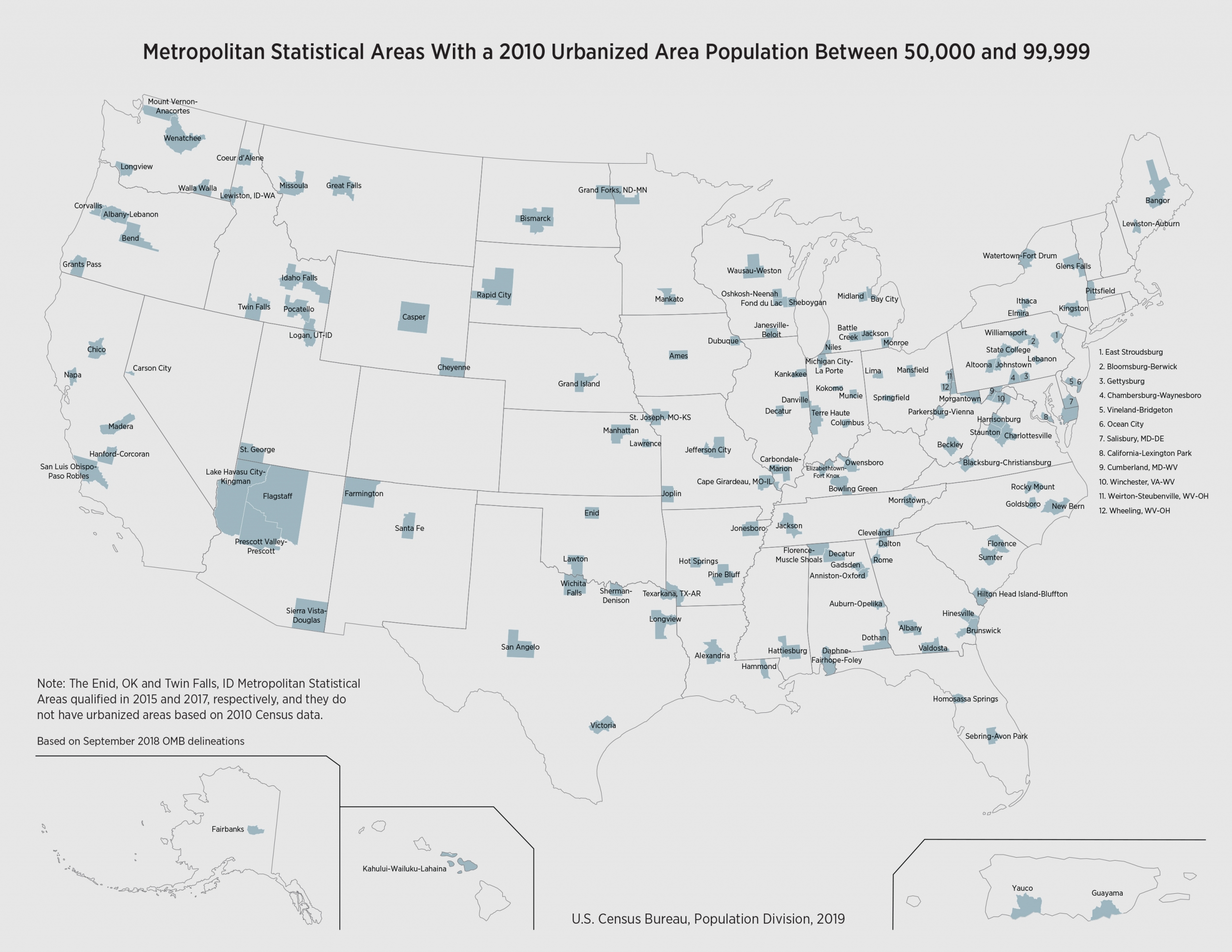 (OFFICE OF MANAGEMENT AND BUDGET/FEDERAL REGISTER)

A significant number of federal grant programs are only accessible to cities designated as MSAs.

“Altering the existing standards in the manner proposed by the OMB would prevent these cities from utilizing these programs,” Tuberville said. “The change in designation would also undermine the ability of these cities to recruit industry, as many companies will only consider locating in areas that are designated as MSAs. Alabama cities are not the only jurisdictions that would suffer as a result of the OMB’s proposed change to the MSA population threshold. Some 144 midsized cities across the nation would be negatively impacted.”

Carl represents Alabama’s 1st Congressional District. Both he and Tuberville were elected during the 2020 election.