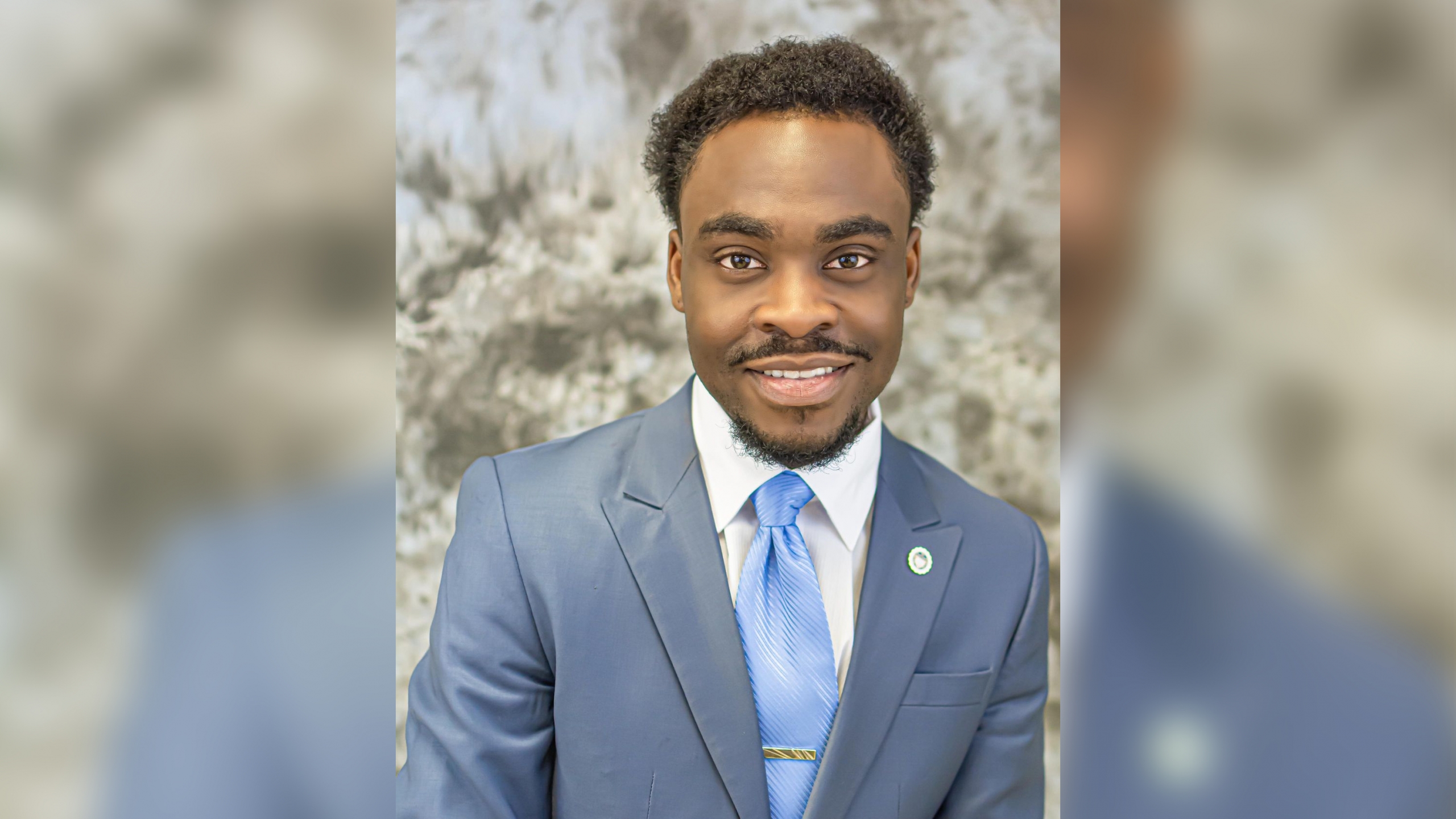 Brandaun Dean is running for U.S. Senate as a Democrat.

Former Mayor of Brighton Brandaun Dean is running for U.S. Senate as a Democrat. He is the first Democratic Party candidate to announce their candidacy in the 2022 Senate race.

Dean spoke with APR about his candidacy. Dean said that his campaign has largely been “ignored by the Democratic Party establishment and the media,” adding: “I am disappointed that with all that is at stake and by the history of Alabama, that my campaign has not gotten more attention,” Dean said.

Dean said that it “took him a year to recover after what the outgoing or retiring Secretary of State did to drive me away from the Alabama electorate.” Dean said that he is in favor of the reparations for the descendants of formerly enslaved people.

He is also a supporter of the “Green New Deal because reparations won’t help if we are having to live in bubbles.”

Dean said that while he enjoyed his time as the mayor of Brighton, that many of the issues that he cares about, even then, were best addressed at the state or federal levels. These include legislation to legalize recreational marijuana, Puerto Rico statehood, D.C. statehood, addressing climate change, thriving wildlife, and clean oceans and rivers.

Dean said that there was some confusion about his religion.

“I was born and raised a Baptist, and I am a Christian,” Deans said. “I am a member of Mountain Brook Baptist Church.” Now, he will worship at the mosque, and I am open to other faiths. I have Orthodox Jewish friends.

“Ultimately, I parred it down to Alabama and Pennsylvania,” said Dean, who has worked and lived in Philadelphia as well as in his native Alabama. “I voted in Pennsylvania in the 2020 general election, but Alabama is my home.”

“I had to take this different pathway to the Senate,” Dean added.

APR asked if he would not have run for Senate if Richard Shelby had not retired. Dean denied that.

Dean recently criticized some in the Black community for their over idealizing Black celebrities and athletes.

“We have waited for the educated and well situated select group of Blacks to show up for the rest of us long enough,” Dean said. “They are not coming because they don’t see us as valuable beyond playing subservient roles. We need to end the idea of a celebrity and elite class in the Black world. None of these people are gods.”

According to his website, Dean became the youngest mayor in the state of Alabama and the youngest African American municipal government chief in the nation when he was elected mayor of his hometown, Brighton, Alabama on August 23, 2016, at age 24. If elected, Dean would be the youngest member of the U.S. Senate. Incumbent Richard Shelby, R-Alabama, is not running for a seventh term in office.

On his website, Dean cited a number of accomplishments during his brief tenure as Mayor of Brighton including:

Dean said on his website that his tenure as mayor was marked by bold stances on national issues; but locally, despite little cooperation from the City Council, he saved employee health insurance by making a surprise appearance at a five-member insurance board hearing where he illustrated the city’s hardships but willingness to cooperate with demands in order to avoid loss of coverage. Dean said that by working with the city’s attorney he was also able to draft and pass a resolution that automated payment of the city’s waste management contract, in order to avoid any future interruptions in service.

Dean’s bold approach made him many enemies. During his first six months in office, Dean said that his car was vandalized, the police attempted but failed to illegally search the home he shared with his grandmother, and he was reported to the Alabama Ethics Commission for illegal use of a police car after using the vehicle to attend a Global Leadership conference while repairs to his vandalized personal automobile were being made.

After a year-long court battle with former appointments to remove Dean from office, a Circuit Court ordered a runoff election between Dean and former Mayor Eddie Cooper. Dean had initially received nearly three times as many votes as Cooper, but due to failures to comply with specifics of Alabama’s voting laws, Dean was determined by the court to be six votes shy of the requisite number of votes required to avoid the runoff.

Dean chose not to enter the runoff due to concerns that the city’s financial woes, the council’s waning ethics, and voting rights challenges presented by the ruling were issues he could address more effectively outside of the office of mayor.

After leaving the mayor’s office, Dean has continued researching and designing a global curriculum on social justice. He has also expanded his advocacy for marijuana decriminalization by working with New Jersey Sen. Cory Booker on a resolution that would legalize use nationally. He was part of the national campaign fundraising network for California Sen. Kamala Harris, and also supported the elections of Atlanta Mayor Keisha Lance Bottoms and Alabama Sen. Doug Jones. In July of 2017, he was appointed to the Executive Board of the Dream Forever Foundation headed by Jameis Winton, then the quarterback of the Tampa Bay Buccaneers.

After leaving Howard University in 2014, Dean joined the American Federation of Teachers in Jefferson County, Alabama, where he successfully organized teachers in one of the state’s lowest-performing high schools to replace both the district’s superintendent and the school’s principal.

Dean said that throughout his career he has been a champion for public education reform, criminal justice reform, clean energy and LGBTQ equality.

At this point, Dean is the only Democrat who has registered his candidacy with the Federal Election Commission for the open Senate race. Former Ambassador to Slovenia Lynda Blanchard, businesswoman Jessica Taylor, Congressman Mo Brooks, and former Business Council of Alabama President and CEO Katie Boyd Britt are running for the Republican nomination.