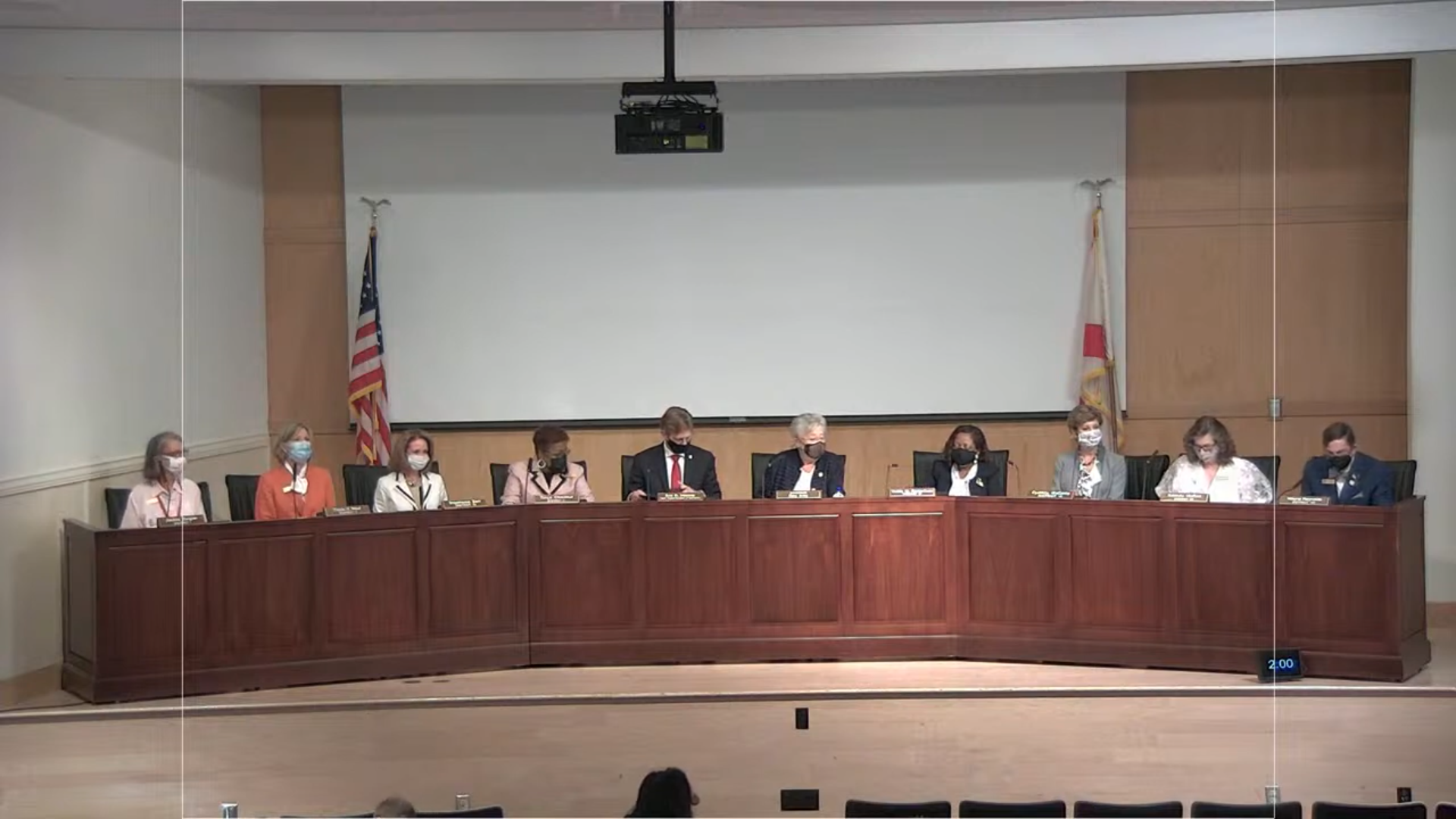 The Alabama State School Board on Thursday passed a resolution that would ban some concepts or tenets that promote the controversial Critical Race Theory.

“As I’ve said many times, CRT doesn’t belong in Alabama schools,” Ivey said. “CRT currently isn’t being taught in Alabama classrooms, and I’ve previously called on the Alabama School Board to keep it that way. We need to focus on teaching Alabama kids how to read and write, not hate.”

Spencer Miller of America representing Urban Conservatives of America spoke in favor of the resolution.

“I approve of your resolution, and I hope that you will push it through,” Miller said. “I know what they are pushing in public schools; and they want to push it into every state in this country – the Critical Race Theory that evolved from the teaching of Karl Marx dividing people into oppressed and oppressors.”

“This is basically cultural Marxism,” Miller said. “White are villains, Blacks and Brown are victims. White are guilty. No matter what, you are racist. That is what is being taught. This is not good. We are individuals, we are not collective groups, and this must be denounced.”

“The idea of so-called Whiteness is being taught by these people pushing this Critical Race Theory,” Miller said. “Some of the character traits they are criticizing are: marriage, being a Christian, two parent home, delayed gratification, hard work pays off, individuality, self-reliance, objective reasoning, the scientific method, punctuality, following rules, being on time. These are all character traits that are not exclusive to any one race and we should all encourage.”

“Do you think it is right to judge people by the color of their skin?” Miller said. “It creates resentment and division.”

Bernard Simelton is the president of the Alabama NAACP. He spoke in opposition to the resolution.

“The resolution as written lacks merit because there are no schools in Alabama curriculum designed to impart knowledge that one race is superior to any other race,” Simelton said. “Your resolution states that racism and slavery are betrayals of the founding principles of the United States. This statement, in itself, is false if this resolution is to go forward, slavery and racism are both founding principles of the United States of America and that is documented in history.”

“While the Alabama State Board of Education is busy writing vague resolutions, most Alabama teachers are busy teaching facts and following Alabama state standards,” Simelton said. “This resolution if passed would sow distrust and erode confidence in Alabama public schools. This resolution is believed to be conceived by anti-public education groups who are unfamiliar with Alabama Course of study.”

“The Alabama Board of Education should be concerned about disciplinary action in our public schools where over 60 percent of Black students are involved in disciplinary actions compared to only 35 percent of White students and similarly with other issues,” Simelton said. “Because of this and other factors to numerous to address here the Alabama NAACP respectfully is asking the members of the Alabama Board of Education to vote no on this resolution and develop a simpler resolution that is based on facts.”

The resolution banning Critical Race Theory instruction in grades K-12 passed the Alabama State School Board on a 7 to 2 vote.

“I would like to applaud the Alabama State School Board for their decision to pass this common sense resolution and I hope that similar resolutions are passed across this country by every state,” said Alabama Republican Party Executive Committee Member and former state Rep. Perry Hooper Jr.

Hooper, Jefferson County Republican Party Chairman Paul DeMarco and Rev. James Henderson have introduced a resolution before the ALGOP executive committee urging the Legislature to ban instruction in Critical Race Theory. The resolution has been approved by the Resolution’s Committee and will be considered by the full executive committee at their annual summer meeting on Aug. 21 in Cullman.

State Reps. Chris Pringle, R-Mobile; Ed Oliver, R-Dadeville; and Danny Crawford, R-Athens, all are working on their own version of a Critical Race Theory bill to be considered in either the next special session or during the 2022 Legislative Session.

Alabama Eagle Forum and the Alabama Policy Institute have been campaigning hard to pass CRT bans in Alabama.

The Alabama Policy Institute wrote on Twitter: “The State Board of Education has formally opposed critical race theory in public K-12 schools. API called on the board to reject CRT in schools and we applaud the Board of Education for this decision.”