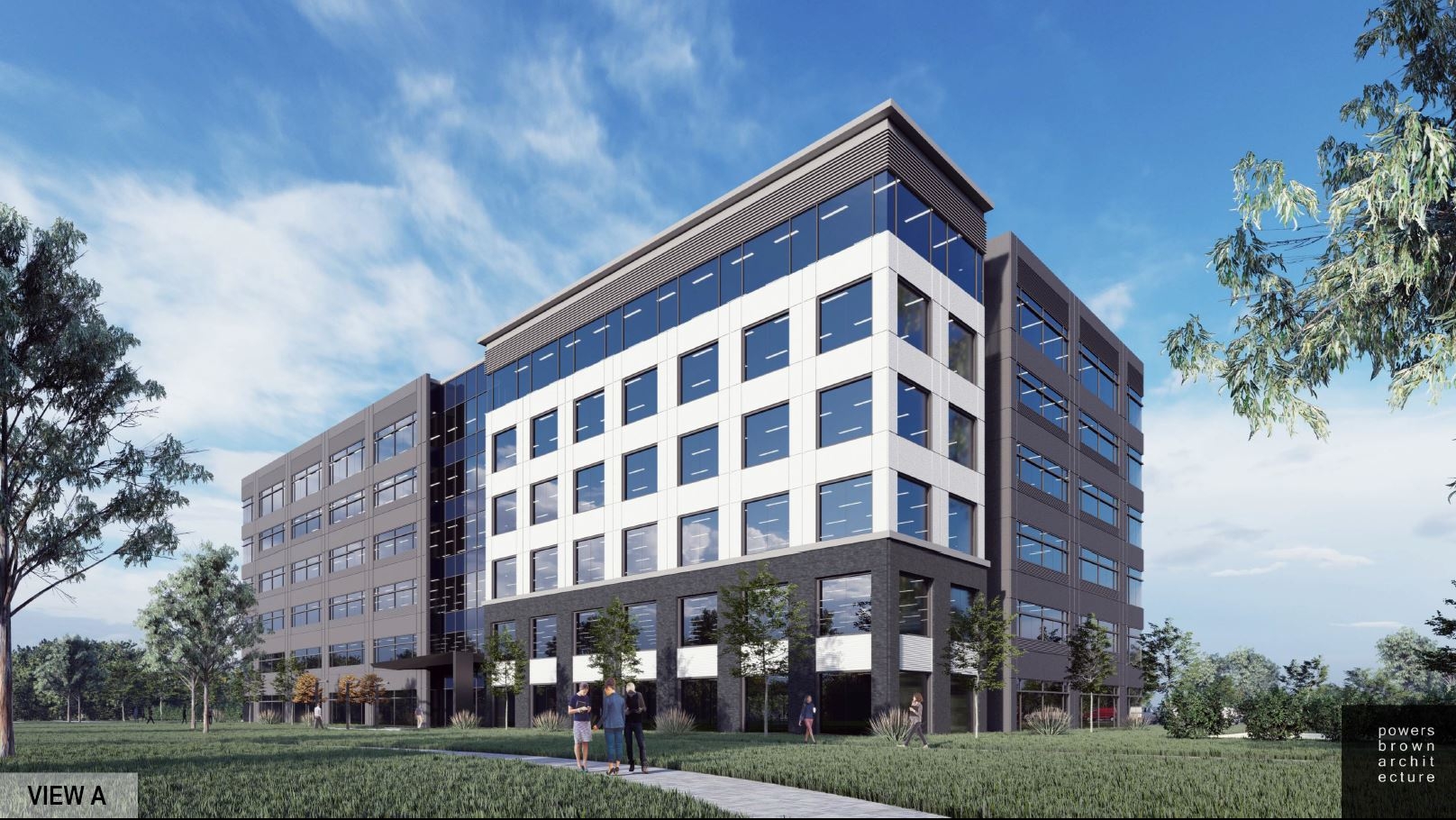 A planned KBR facility in Huntsville.

Houston-based KBR will provide engineering, scientific and technical services to the defense and aerospace industries at its new location just outside Redstone Arsenal, a sprawling government installation.

“It’s always great to see a company like KBR that has a major presence in Alabama decide to expand its operation in the state, especially when the jobs being added are highly technical and well paying,” Ivey said. “KBR is a world-class company, and I look forward to seeing it grow and thrive in Huntsville’s dynamic economy.”

KBR will consolidate its presence in Huntsville at two buildings being developed at Redstone Gateway by Corporate Office Properties Trust (COPT) in partnership with Jim Wilson & Associates as part of a $65 million project. KBR has executed two leases with the real estate partners to occupy 90 percent of a 172,500-square-foot office building and roughly half of a 45,000-square-foot research and development facility at Redstone Gateway. Redstone Gateway is a 486-acre mixed-use development that is home to leading defense, aerospace and research companies.

The growth plans and the new corporate headquarters will allow KBR to retain its workforce of over 1,100 people in the city.

Byron Bright is the president of KBR Government Solutions.

“Recently named one of the ‘Best Places to Live in the U.S.,’ KBR is excited to enhance its presence in Huntsville, specifically at Redstone Gateway,” said Bright. “Whether we’re defending our nation or supporting the latest missions in space, we equip those on the frontline and those exploring a new frontier. As our capabilities in aerospace engineering, asset management and spaceflight operations continue to evolve and grow, maintaining offices in close proximity to both existing and future customers is the right thing to do.”

Economic developer Nicole Jones said: “KBR’s decision to expand its footprint in Huntsville is an excellent choice considering the area’s longstanding presence of aerospace and defense. Human capital is a critical component if the site selection process, and for decades, north Alabama has been home to a talent pool that can perform well in highly skilled, technical jobs.”

Greg Canfield is the secretary of the Alabama Department of Commerce.

“With capabilities that truly span the globe and a culture of innovation and problem-solving, KBR stands out as one of the most impressive companies in its field,” said Canfield. “These qualities mean KBR shares the same kind of DNA as Huntsville, and I can think of no more perfect place for the company to execute growth plans.”

“We’re glad to see KBR expanding in Huntsville where the company’s best and the brightest engineers and innovators contribute to aerospace and defense industries,” said Huntsville Mayor Tommy Battle. “Congratulations to KBR and to COPT on this exciting venture.”

Huntsville is Alabama’s largest city with 215,006 residents in the 2020 Census. The vibrant defense and aerospace industries have been a large part of Huntsville’s phenomenal growth.

“We are thrilled to have this opportunity to support a world-class firm such as KBR at Redstone Gateway and are proud to develop their Huntsville home,” said COPT Huntsville Asset Manager James Lomax. “This decision reaffirms Redstone Gateway’s unrivaled combination of efficiency, convenience, walkable amenities, and access to important commands at Redstone Arsenal as Huntsville’s modern office park.”

Thomas Birnbach is the president and vice chairman of real estate firm Cresa, which represented KBR.

Birnback explained: “This deal represents a consolidation and commitment for KBR in the Huntsville market that will allow KBR to take advantage of new workplace strategies and standards, maximize efficiency, while at the same time upgrade their facilities significantly for their workforce.”

The facility is anticipated to be operational during the first quarter of 2023.