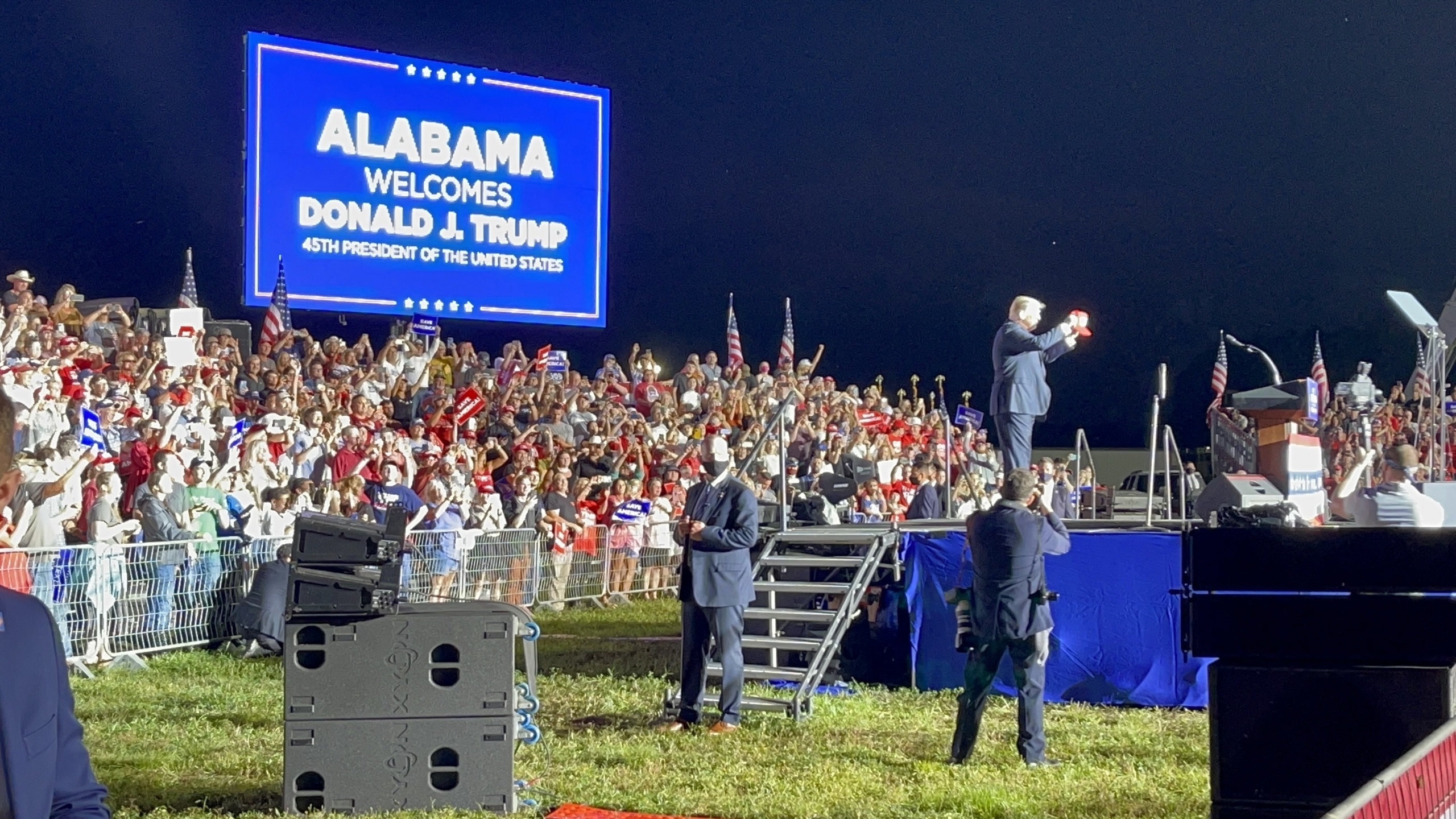 On Saturday, the Alabama Republican Party hosted massive attendance at their rally with former President Donald Trump in Cullman, Alabama. The party said that this was the largest political gathering in the history of the state of Alabama.

Alabama Republican Party Chairman John Wahl said: “We are very excited about what we accomplished together this weekend. The Trump Rally was the biggest political event I’ve ever seen in the State of Alabama, and it shows the passion people have for our county, and the Conservative values the Republican Party represents.”

“The Republican Party is committed to fighting for the people of Alabama, and we are thrilled that Donald Trump joined us in jump starting our campaign to take back the House and Senate,” Wahl said. “It’s not easy to break fundraising records, but it’s important that Republicans have the resources we need to challenge the Democrat Party and the socialist agenda that is being forced on the people of Alabama. I am thankful to everyone who helped make Saturday such a great and historic night for the state of Alabama, especially our donors and President Trump, who continue to make Alabama a priority. This rally is just the beginning of our fight to restore America.”

The event was held in conjunction with the Summer Meeting of the Alabama Republican Executive Committee held earlier in the day. The Alabama GOP is raising funds for operation Restore America. ALGOP plans to send GOP loyalists from Alabama to swing districts across the country in order to flip those districts from Democrats to Republicans in hopes of retaking control of the U.S. House of Representatives and the Senate.

“What an honor it was to speak at the Trump Save America rally tonight in Cullman! Absolutely massive crowd,” Sorrell said. “Yes, the President gave me a shoutout at the end of the speech, and I can’t wait to share the clip on Facebook!”

“I spoke on election integrity, securing the border, the mess in Afghanistan, and rehashed my Delegation Chairman speech from last year,” Sorrell, who is running for State Auditor said. “We still love our President! Once Again Alabama Proved That it is Trump Country.”

“Alabama is Trump Country,” declared Alabama Republican Party Executive Committee member former state Rep. Perry Hooper Jr. R-Montgomery. “It was an unbelievable event. 40k plus stood in heavy afternoon down pours waiting to see the President.  It was incredible show of support for the Trump Movement and our country. He spoke for 90 minutes, and the crowd wanted more.”

“In these darks days of the Biden Administration true patriotic Americans gathered to thank the President they admire the most,” Hooper said. “The President warned us of the dire consequences of electing Joe Biden, and they all are coming true. The President however left us with a message of hope. We can and will take back our country beginning in 2022. Led by President Trump, we will take back the House and the Senate from the radical leftist Democrats.  Our Chairman John Wahl assisted by Shannon Whitt and the entire Alabama GOP staff did an outstanding job in organizing and managing this unprecedented event.”

A number of speakers, including Sorrell, Congressman Mo Brooks and Trump himself questioned the validity of the 2020 election results but none more than My Pillow founder and CEO Mike Lindell.

“Mike Lindell and I spoke at length of the importance of uncovering every instance of voter fraud in the 2020 election so it will never happen again,” Hooper said. “He well not be deterred because he knows the future of our country is at stake.”

Hooper presented Trump, who is a football fan, with Alabama and Auburn football jerseys.

There is no mechanism in the Constitution to remove an inaugurated president from office outside of the impeachment process or his own cabinet determining him to be unfit under the 25th Amendment.

Trump won the Alabama Republican presidential primary in 2016 and went on to carry the state in both the 2016 and 2020 Presidential elections by a very large margin.