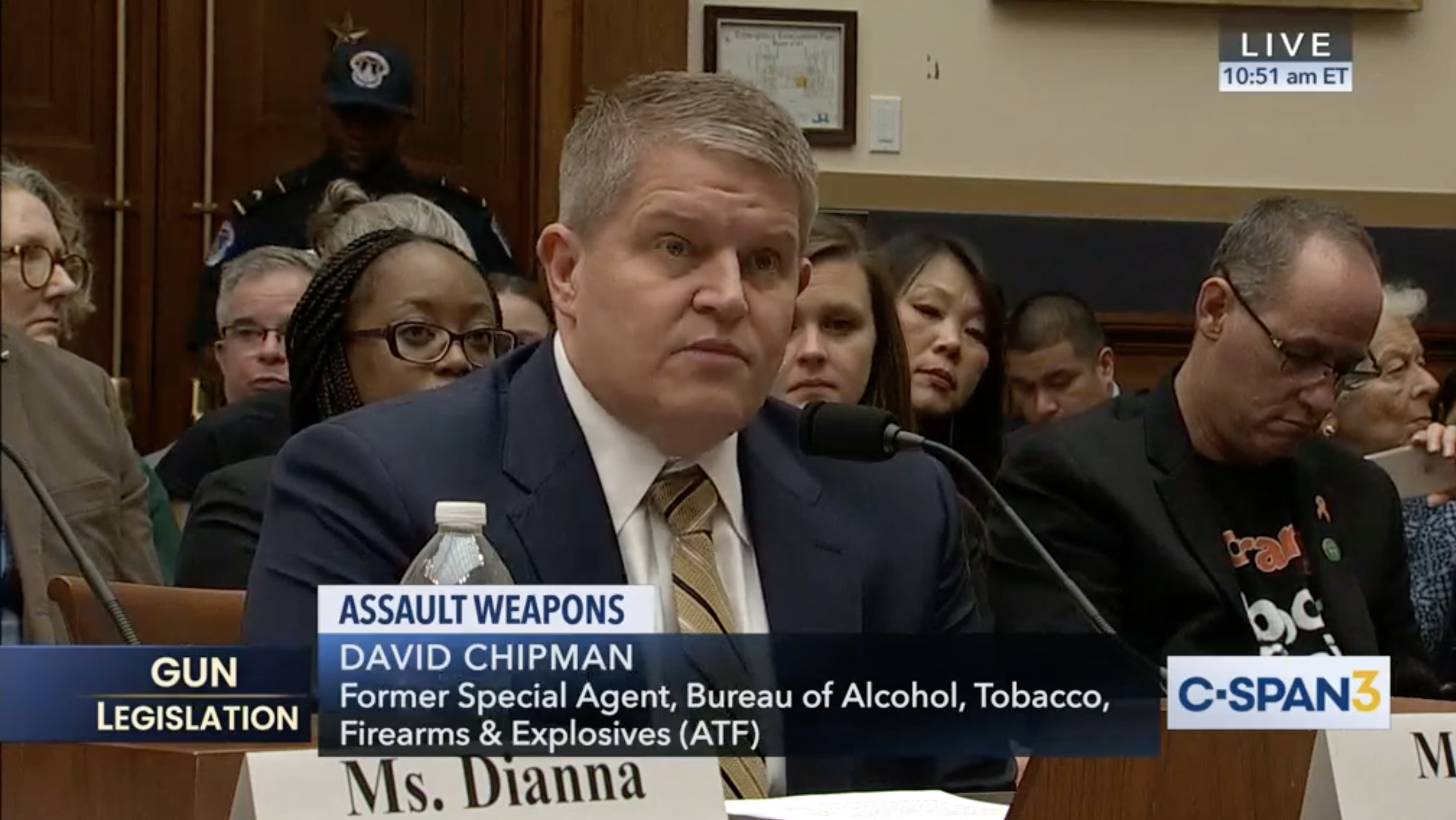 David Chipman speaking before the Senate Judiciary Committee in 2019.

Congressman Barry Moore, R-Alabama, on Thursday celebrated as the Biden administration withdrew the controversial nomination of David Chipman to head the Bureau of Alcohol, Tobacco, Firearms and Explosives.

“Biden is planning to withdraw his anti-gun nominee, David Chipman, to lead the Bureau of Alcohol, Tobacco and Firearms (ATF),” Moore said. “Praised by gun control activists, Chipman has a past of troubling comments regarding Americans’ Constitutional right to bear arms – including that he supports banning guns like AR-15s. Simply put, this ATF nominee was unfit and unqualified.”

“After months of conservative opposition to Chipman’s nomination, he will no longer be considered to run the ATF,” Moore continued. “This is a MAJOR win for the Second Amendment!”

On Thursday, the White House admitted defeat and withdrew the nomination of Chipman to head the ATF. Chipman is a former ATF agent and staunch gun control advocate. He could not garner enough support in the U.S Senate to make it through the nomination process where Democrats have a narrow 50 to 50 edge with Vice President Kamala Harris serving as a tie-breaker.

Dudley Brown is the president of the National Association for Gun Rights.

“David Chipman’s nomination to lead the ATF was a slap in the face to gun owners across the country,” Brown said. “Now, thanks to the pro-gun grassroots, we’ve put Chipman back where he belongs: at home without a job.”

“The nomination of David Chipman to head the Bureau of Alcohol, Tobacco, Firearms and Explosives has been withdrawn,” Kroeger said. “Defeating the Chipman confirmation has been a top priority for your NRA since he was first nominated by the Biden administration in April. This victory belongs to us all – Thank you to everyone who called and wrote their Senators to help make this happen! “

“Chipman’s nomination posed a grave threat to the Second Amendment,” the NRA said in a released statement. “He spent the last 10 years working for gun control groups and lobbying on Capitol Hill to restrict Americans’ rights. Had he been confirmed, Americans could have faced widespread gun and magazine bans, along with countless other attacks on their rights. During his confirmation hearing, Chipman was unable to define the term “assault weapon,” but said he supported banning essentially all semiautomatic rifles and standard magazines capable of holding more than 10 rounds. “

Brown said that President Biden and Senate Democrats made it a priority “to have a radical anti-gunner head the ATF – which is their best attempt at circumventing Congress and passing gun control.”

AGR said that Chipman himself has testified numerous times before Congress, advocating against the Second Amendment rights of law-abiding Americans and would have used the agency to enforce numerous gun control schemes.

“I want to personally thank the 4.5 million members of the National Association for Gun Rights and their tireless grassroots lobbying efforts,” Brown said. “It’s the activism of honest gun owners which brought Chipman down. Today, gun owners will celebrate this victory, but we know President Biden will prop up another anti-gun pawn in the near future. But we stand ready to oppose their unconstitutional actions.”

“Now I work with former Congresswoman Gabrielle Giffords [and her husband, Democratic Arizona Sen. Mark Kelly to save lives from gun violence,” Chipman said in a 2021 interview.

The ATF hasn’t had a Senate-confirmed leader in the past six years. The ATF has only had one confirmed head since Congress made the position subject to Senate confirmation.