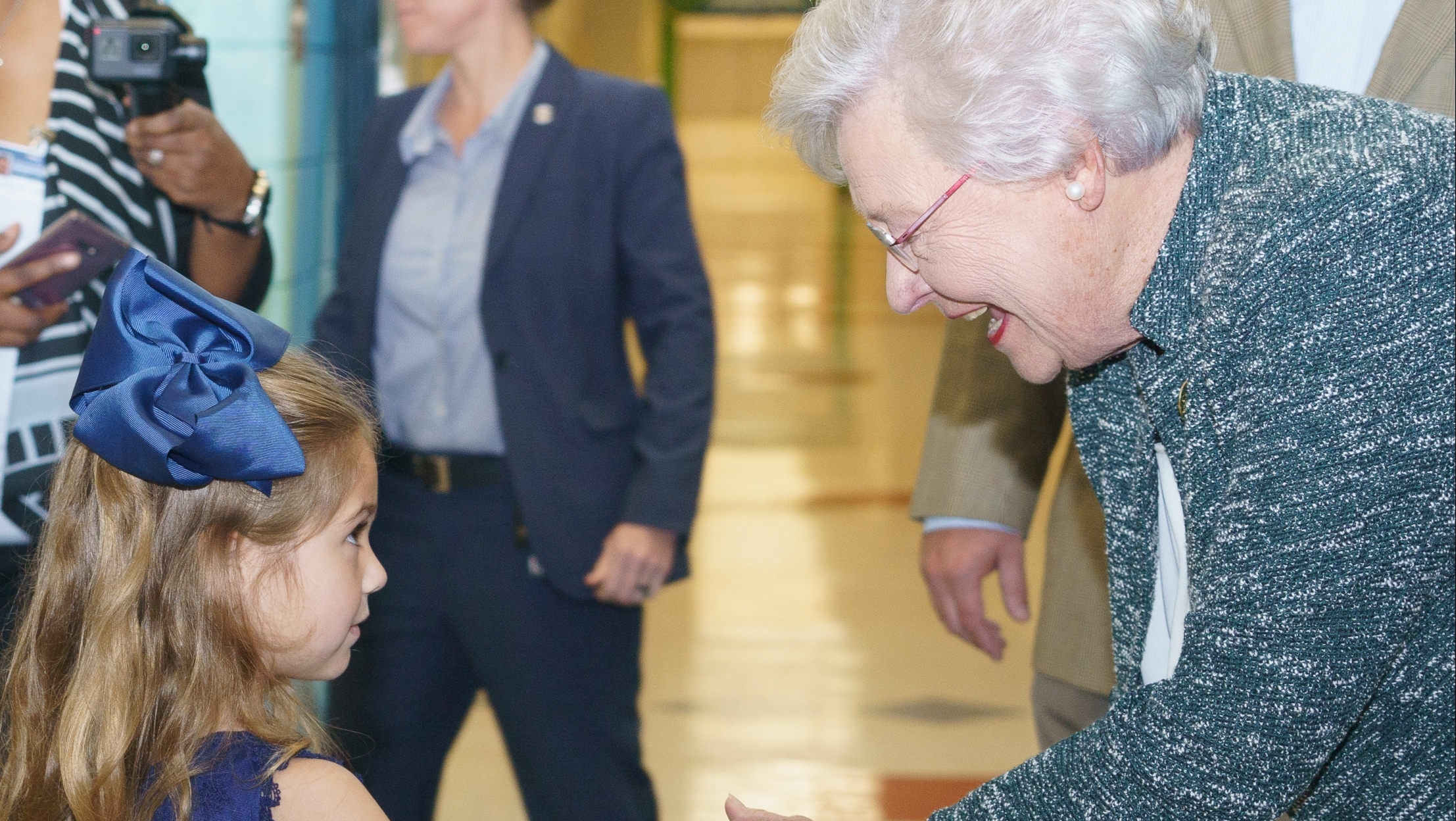 Gov. Kay Ivey speaking with a student. (VIA GOVERNOR'S OFFICE)

The notion that one cannot be an advocate for both women and unborn children is simply wrong. Those that pit women against their unborn babies are not advancing solutions, but instead making these children the unjustified scapegoats when we could be making real, meaningful progress, not only for the women of today, but also of tomorrow. No doubt, that includes those unborn baby girls. If we truly want to continue taking steps forward for women’s rights, let’s empower women and be a voice for unborn children.

In 1973, before our country had even seen a woman serve on the U.S. Supreme Court, Roe. v. Wade was decided, but the debate would fiercely continue. Nearly fifty years later, the people of Alabama and folks around the country hold this issue with such high importance that they put candidates in offices ranging from the White House to their State Legislature based on their willingness to fight for life. Here in Alabama, we will continue this fight until all unborn children are protected once and for all.

Nearly five decades after Roe v. Wade – and we are still fighting this fight.

Many will soon be turning their attention to the abortion case the Supreme Court is hearing this fall: Dobbs v. Jackson Women’s Health Organization. I recently joined on an amicus brief with 11 of my fellow governors urging the Supreme Court to overturn Roe v. Wade and restore the authority of states to protect lives of unborn children. This case out of Mississippi not only matters to Mississippi, it matters to Alabama, Texas and all 50 states, because at the end of the day, people’s interests should be and are protected through their elected legislators and governors.

Many Americans, myself included, disagreed when Roe v. Wade was handed down in 1973, and in those almost five decades since, so much has changed. We have made incredible advancements – in areas from medicine to the workplace – much of which has to do with women. Since Roe, the viability marker has moved from 28 weeks to 22 weeks, and we can only expect science will further advance that. Women are very much a force in the workplace thanks to shifts in policy and culture. It should be commonplace we see mothers in places like the Supreme Court or in CEO posts. During the pandemic, nurses and teachers, fields dominated by women, were on the frontlines for us. In 2019, for the first time, women made up a majority of law students entering class at The University of Alabama School of Law. The list goes on. We have seen increased paid leave help retain mothers in the workforce. A little more than two years ago in Alabama, I signed the equal pay act into law to help fight any pay disparity. Women no longer have to make a choice between motherhood and a career.

As I like to say, sometimes the best man for a job is a woman. So, why is it that those who are not pro-life continue to say women can’t do both? It’s time we drop that ultimatum.

Being pro-life is being pro-women. As long as I am governor, Alabama will continue forging a path for women and the unborn.

The symposium on Feb. 3, 2022, is intended to inspire and empower future female leaders.