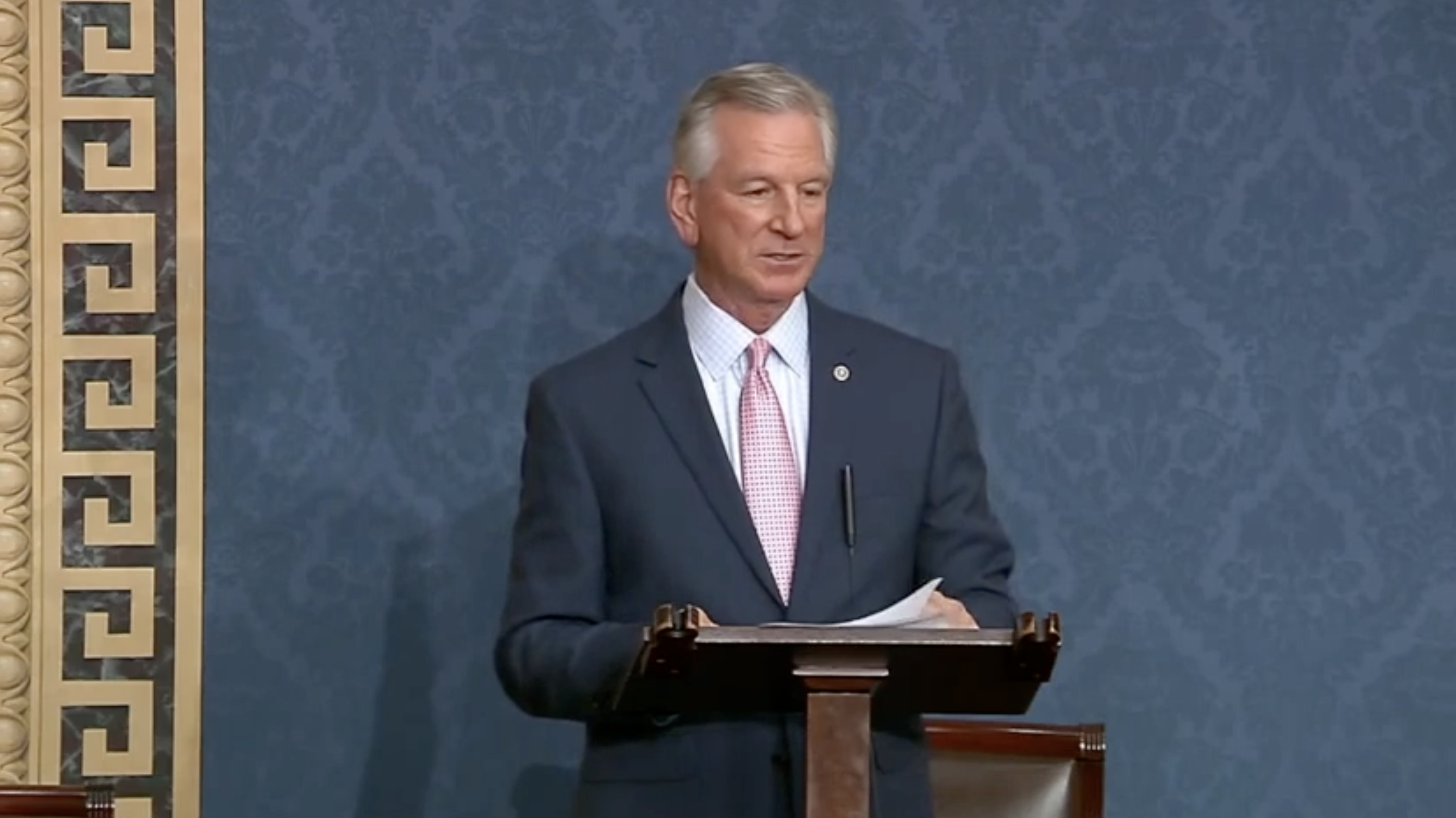 Senator Tommy Tuberville, R-Alabama, gave a speech this week on the Senate floor calling for President Joe Biden’s four nominees to the Federal Retirement Thrift Investment Board (FRTIB) to appear before the Homeland Security Committee for a hearing.

“I rise today to request that the nominees submitted by the President to the FRTISB on September 13th to be referred to the Committees on Homeland Security and government affairs for a hearing,” Tuberville said. “This board has the important task of administrating the thrift saving plan better known as TSC which is a retirement investment plan utilized by six million members of our federal workforce including our nation’s armed forces. Members of this board make decisions impacting the retirement savings of millions of Americans. This is a huge responsibility. Recognizing that responsibility the Trump administration rightly put in place a ban on TSC investments in Chinese companies, but that ban is no longer in force exposing these Americans to significant economic risk and undermining U.S. national security interests. Because Congress has given the Board oversight of retirement investments of millions of Americans and because the previous China investment plan is no longer in place Congress has a duty to thoroughly vette these nominees. Our adversaries are trying to do everything possible to get a leg up on the United States.”

Nominations to the FRTIB are privileged and typically do not appear before a committee prior to a confirmation vote, but any Senator can object to their privileged nature and force a hearing. Tuberville has introduced legislation to ban federal pension fund dollars be invested in China. Tuberville warned that these investments are both risky and not in America’s national interests.

The FRTIB oversees the Thrift Savings Plan (TSP), the 401(k)-style retirement investment plan that is used by 6 million members of our nation’s armed forces and federal civilian workforce. The past board voted to invest billions of dollars in Chinese companies. Then President Donald J. Trump (R) intervened and ordered the FRTIB to cancel its plans. The Trump-era ban on TSP investment in China is no longer in place.

Tuberville hopes that his colleagues serving on the Homeland Security Committee will question the FRTIB nominees on their stance on China investments, investments that Tuberville sees as a direct threat to our national security

“Our nation’s military and civilian public servants have a right to know the nominees’ views on this issue since the preservation of their retirement savings hangs in the balance,” Tuberville said.

Tommy Tuberville is serving in his first term in the U.S. Senate after defeating incumbent Sen. Doug Jones, D-Alabama, in the 2020 general election. Tuberville enters the Senate following a decades long career in football coaching most notably including terms as the head football coach at Ole Miss, Auburn, Texas Tech, and the University of Cincinnati. Tuberville was also the defense coordinators at both Texas A&M and Miami, where he won a national championship. His 2004 Auburn team won the Southeastern Conference, but finished the regular season ranked number three despite being undefeated, thus did not get the opportunity to play in the national championship game. This controversial ending contributed to the establishment of the current four team playoff system being implemented.