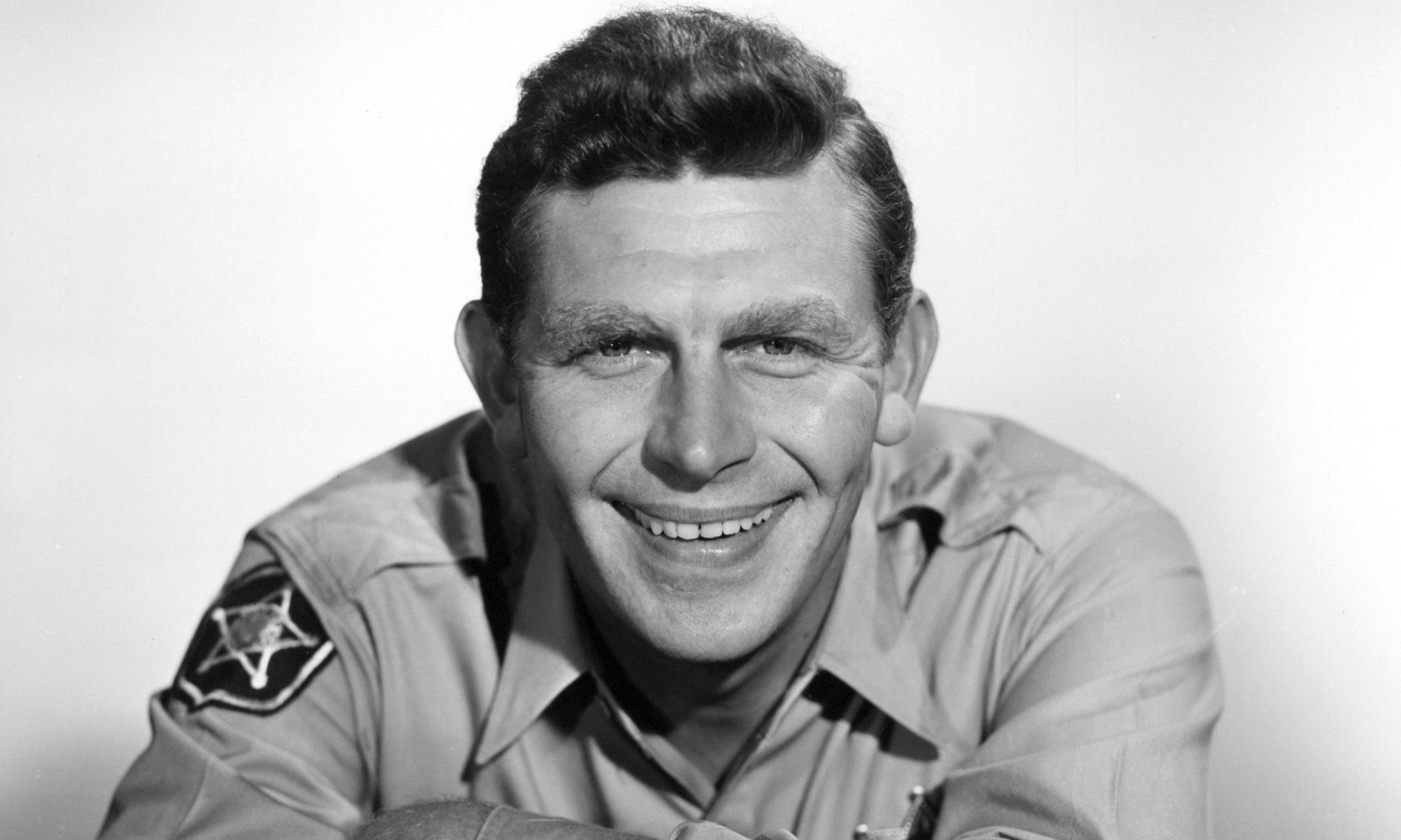 Andy Griffith in 1960, when he started playing Sheriff Andy Taylor on TV.

This past Sunday morning, on the CBS’ “Sunday Morning” show, famous TV newsman Ted Koppel ventured to Mt. Airy, N.C., in an attempt to dissect just why thousands of people still travel each year to the town — a town that is famous only because it is the inspiration for a fictional TV town in a TV show that hasn’t been on the air for 50-plus years.

What Koppel essentially came to find, through interviews with a number of the visitors, is that Mt. Airy, and its connection to the “Andy Griffith Show,” is basically ground zero for white nostalgia — that longing white people have for the “good ol’ days,” a nonexistent time in America when people didn’t lock their doors and good neighbors were friendly and helpful and everyone loved each other.

Mayberry is that dream brought to life on a TV screen. The people are friendly. Everyone laughs a lot. There is only comical crime that never hurts anyone.

And no one dares mention that just a few hundred miles away, as the show is being filmed, people are fire-bombing buses and lynching humans because those humans with darker skin asked that they be given basic rights, too.

That’s the draw of the show — it’s a good, clean comedy with a great message, and it doesn’t get bogged down with issues that make white people uncomfortable.

Later in life, Griffith said he regretted tremendously not giving Blacks larger roles on the show, but he said he also decided early on that he couldn’t tackle such heavy issues in a 30-minute comedy. So, he just stayed away from anything controversial.

That decision, regretfully, has allowed “The Andy Griffith Show” to be co-opted by people who want to use it as an example, as silly as it sounds, of how life used to be. And by extension, the lack of such an America today, is used to justify their biases and bigotry and to create southern isolationism — the strange desire southerners have to be left alone with their ignorant thoughts and ideas, even though they often recognize that those thoughts and ideas are flat wrong.

Near the end of the segment on Sunday, Koppel is aboard a trolley with some of those southerners. They’re mostly Trump supporters who believe Black Lives Matters was responsible for the Jan. 6 insurrection, despite the lack of Black people at the Capitol that day. They said they agreed with Trump that the press is the enemy of the people, and they get their news elsewhere.

It was, in a word, pathetic. Listening to grown people spew such idiotic nonsense.

And the one thought that kept running through my head is: Andy would loathe these people. And I’m talking about both Andys — Griffith and Taylor.

Griffith was a well-known Democrat, who cut ads for Democratic candidates in North Carolina and openly supported President Barack Obama. He was even an outspoken advocate for Obamacare.

And his fictional sheriff, Andy Taylor, that the MAGAs love so much? He was an unarmed sheriff who decried unearned respect for police and military, advocated for the poor and misunderstood, treated his prisoners like house guests and taught his son lessons about the costs of greed, being a good loser, being honest in business and taking care of the less fortunate.

Basically, he was a progressive’s dream.

I know all this because, as shocking as it might be for some of you, I’m a huge fan of the “Andy Griffith Show” — or “Andy” as it was called in our house growing up, when it was inevitably playing for hours on end every day. We used to have an “Andy Griffith Show” trivia game that was about as challenging as blinking. I don’t think a single question was ever missed. We even caught a few errors and let the maker know.

I can’t speak for everyone in my family, but for me, the lasting quality of the show had nothing to do with a longing for a better time — as was apparently the case for so many of those in that “Sunday Morning” piece — but in the quality of the writing and the refreshingly honest lessons on life.

The simple fact is that Trump supporters, and most 2021 Republicans, wouldn’t fit into the Mayberry they claim to love. Or if they did, they’d be the cautionary tale for the episode.

They’d be Rafe Hollister refusing the vaccine. Or Ernest T. Bass believing that a “un-E-form” would change them. Or Opie claiming that the contest he lost was unfairly stolen from him. Or the never-ending stream of con men and women using flattery and pandering to get what they wanted from good people tricked by someone telling them what they desperately wanted to hear.

And the most frustrating thing about it all is that if these people would simply take the lessons of kindness and giving, of neighborly good deeds and desire to better understand your fellow man that were part of the “Andy Griffith Show,” and apply those to life today — and apply them equally to all people, regardless of race or gender or religion or sexual preference — it would make the great America they claim to so desperately seek.

And no one would have to settle for a fictional Mayberry anymore.

In this article:Featured, Josh Moon