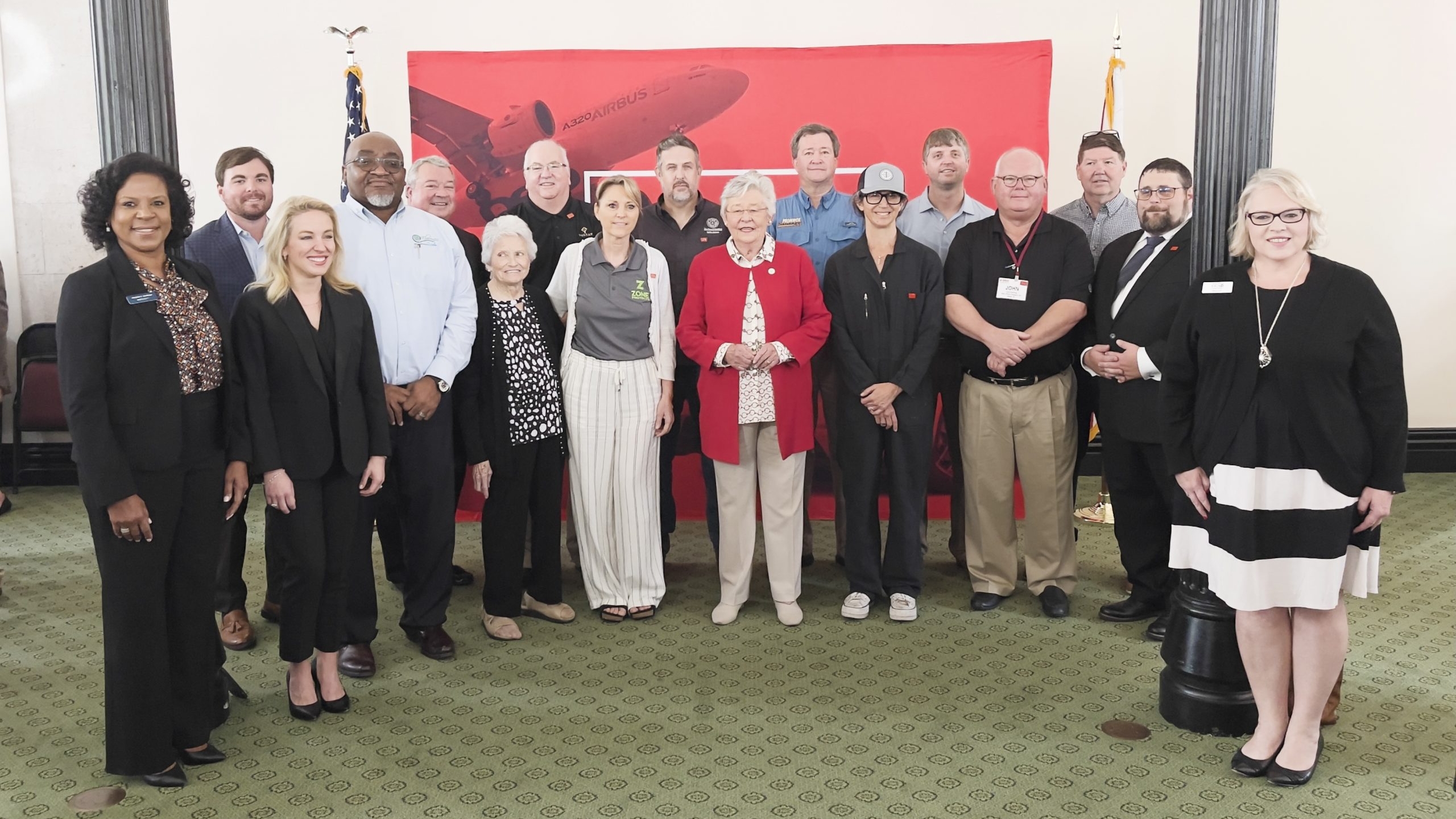 Governor Kay Ivey today announced, in partnership with the Alabama Department of Commerce, the inaugural Made in Alabama Showcase honorees to highlight our Alabama-American made products.

To celebrate October being “Manufacturing Month,” Governor Ivey selected 12 top-rated businesses for their work in producing exceptional products for our state and invited them to exhibit their products at the Alabama State Capitol in the Old Supreme Court Library. The 12 exhibitors showcased booths to discuss their company’s history, sell products and give promotional items to the public.

“It is an honor to welcome these manufacturers to the Alabama Capitol to show off their fine, Alabama-made products as part of our very first Made in Alabama Showcase,” Governor Ivey said. “Alabama is home to some wonderful companies, and it’s a pleasure to give them the acknowledgement they deserve.”

“The ‘Made in Alabama’ badge stands for quality, and it’s clear that the homegrown companies being honored in this showcase today have mastered the art of turning out a wide variety of world-class products,” Secretary of the Alabama Department of Commerce Greg Canfield said. “I’m constantly impressed by the ingenuity and capabilities of our business sector, which is paving the way for a more prosperous future for the state.”

All exhibitors were nominated by the Business Council of Alabama, the Chamber of Commerce Association of Alabama and Manufacture Alabama. The 12 honorees are as follows: