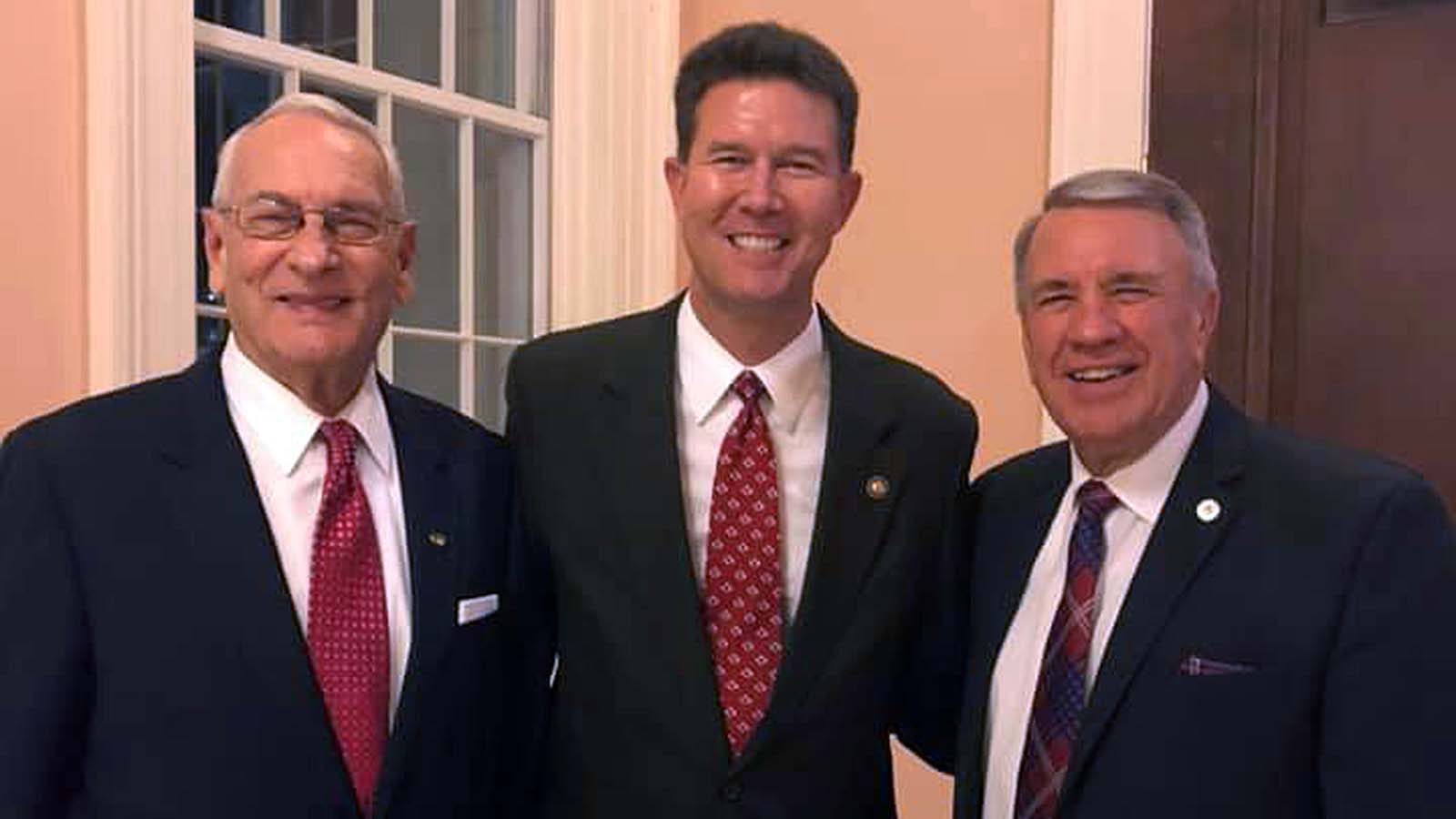 Alabama Speaker Pro Tem Victor Gaston, R-Mobile, who was first elected to the Legislature in 1982 and later served as Acting Speaker of the Alabama House, announced on Monday that he will not be a candidate for re-election during the 2022 campaign cycle.

“Representing the citizens of West Mobile in the Alabama House has been my distinct honor and pleasure for the past 40 years, but the time has come to step off the public stage and pass the mantle of leadership to someone else,” Gaston said. “It is important to note that serving in this office for so many years was possible only because of the unconditional love, support, and commitment given to me by my late wife of 46 years, Jean, and my sons, Hank and George.”

When Alabama Republicans won legislative majorities for the first time since Reconstruction in 2010, Gaston was elected as speaker pro tem, a position he continues to hold. He later served as acting speaker of the House and earned widespread praise for restoring faith and returning stability to that office during a difficult time in state history.

Gaston holds seats on the powerful, agenda-setting House Rules Committee and the House Ways and Means General Fund Committee, which is tasked with appropriating roughly $2.5 billion to non-education state agencies annually. He also sits on the Transportation, Utilities, and Infrastructure and Mobile County Legislation committees.

The current chair of the House Legislative Council and co-chair of the Joint Legislative Council, Gaston previously led the Permanent Oil and Gas Study Committee, a post he held for 12 years. He served for eight years on the U.S. Energy Council, an association of 13 energy-producing U.S. states and two Canadian provinces that collectively influence energy and environmental policies throughout North America.

Gaston’s legislative accomplishments include the passage of several reform measures that improved and strengthened Alabama’s higher education system and a bill that significantly reduced traffic fatalities and injuries by doubling speeding fines in road construction zones. The Historic Rehabilitation Tax Credit that Gaston sponsored has boosted Alabama’s economy and ignited a wave of urban and rural renewal across the state.

Gaston also passed numerous bills and measures that have helped the Alabama State Docks become an important driver of the state’s economic engine.

Defeating an entrenched Democrat with 53 percent of the vote in his first House race in 1982, Gaston won his next two campaigns with 79 percent and 84 percent, respectively. He has run without an opponent in every subsequent campaign since 1986 and holds the record for the longest unopposed election streak of any state legislator who has served in the 16-state Southern Legislative Conference.

Upon initially taking office, Gaston was one of only 11 Republicans — eight state representatives and three state senators — who served in the 140-member Alabama Legislature. In 1987, Speaker of the House Jimmy Clark appointed him as the only Republican committee chairman in the Democrat-dominated body and tapped him to lead the House State Government Committee, one of the four major legislative panels at that time.

An active and committed member of his party, Gaston was elected as a delegate to six Republican National Conventions between 1984 and 2004, and President Ronald Reagan appointed him as a member of the White House Commission on Presidential Scholars, a panel of private citizens tasked with selecting and honoring the nation’s top students in academics and the arts. President George H.W. Bush re-appointed Gaston to the White House commission, which allowed him a dozen total years of service on the prestigious panel.

In 2005, Gaston was selected to join an eight-day legislative exchange trip to Romania, and he participated in a gubernatorial trade mission to Chile and Brazil that was sponsored by the Alabama Development Office the following year. He was also one of six regional leaders chosen by the Southern Legislative Conference to travel to China and Germany to promote economic development and international trade with southeastern states.

Born in the Union Church community of Mobile County and raised on a family farm, Gaston earned a doctorate in education from Auburn University during a long career as an educator in Mobile County public schools.

Gaston saw military service as a member of the Marine Corps Reserves, where he earned the rank of staff sergeant during a decade-long career, and served an additional ten years in the Alabama National Guard. He was called to active duty in response to Hurricane Frederic in 1979 and was also deployed for a period in South Korea.

Gaston is active in several non-profit organizations and serves on the boards of Volunteers of America; Penelope House, a domestic violence shelter; Home of Grace for Women, an alcohol and drug treatment center; and AltaPointe, a South Alabama mental health center. He previously served on the boards of the 4-H Club Foundation and the Mobile Area Chamber of Commerce.

In this article:Featured, Rep. Victor Gaston

Who Will be the Next Speaker of the House? Will Bentley Call Medicaid Special Session? Lottery?

Gaston Will Not Be Candidate for Speaker of the House: McCutcheon Announces Candidacy