Former Federation of Alabama Republican Women Chairman Frances Taylor has announced her intention to seek the Republican nomination in the Alabama House of Representatives in House District 20.

Currently, Taylor is the third vice president of the National Federation of Republican Women, which is a group of more than 63,000 Republican Party activists across the United States.

“Alabama needs proven conservative leadership we can count on to represent us in Montgomery,” Taylor said.  “I have been a life-long Republican and have stood by President Donald Trump and stood by our Republican nominees.”

Frances works as a defense contractor for AMCOM on Redstone Arsenal where she does financial and process analysis for various weapon systems.

She is also chairman of the board of trustees for the Alabama Institute for the Deaf and Blind. She has actively participated in the recent acquisition of the new Northern Campus, which sits on 200 acres and will include STEM, Cybersecurity and Unmanned Aerial System offerings. 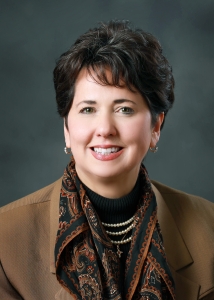 Her campaign says she believes a strong partnership between education and local industry will help ensure graduates are able to move seamlessly into positions that are critical to local companies.

“Service is important to me,” Taylor said. “I believe we need a person to represent District 20 who will hold the line on higher taxes, who will fight for fiscal responsibility and who will work to ensure we have a skilled workforce as more high-tech jobs come to Huntsville.”

Taylor has deep ties to the Republican Party. She also served as president of the Alabama Federation of Republican Women from 2014-2017.

Frances is the first person to have been elected to chair the Alabama Republican Party Ethics Committee, where she is finishing her second term.

“We have few conservative women in the legislature, and we need a larger voice in the direction of our state,” Taylor said. “I have long been able to work to bring people together and I plan to be a vocal advocate for the Rocket City.”

Frances and her husband, Robert, have been married for over 41 years, making their home in Huntsville. They are the parents of three daughters and one son.

She became a Stephen Minister at Holy Spirit in 2009.