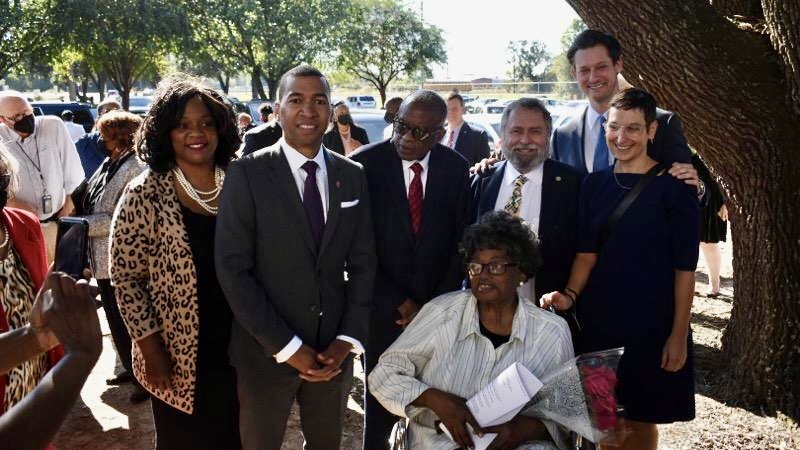 It’s funny the good things that come from a fresh perspective.

A couple of years ago, Montgomery — the birthplace of the Civil Rights Movement — finally elected the city’s first Black mayor, Steven Reed. When he walked into the office on the first day, everything changed in Alabama’s capital city.

Problems that had gone unaddressed started to get attention. Marginalized communities suddenly had a receptive ear.

This is how diversity works. Hiring and electing people from different backgrounds, who have different experiences and different viewpoints, results in different perspectives and different goals. Goals like making inclusivity a citywide priority, or emphasizing police-community relations that spared the city from dangerous protests, or addressing lingering issues of racism and discrimination that have existed in the city for generations.

That’s how Tuesday came about in Montgomery.

From almost the moment Reed walked through the door to the mayor’s office, he wanted to do something to honor attorney Fred Gray — the greatest civil rights attorney in American history. (There’s no point in you arguing that distinction. When you find me someone who desegregated all Alabama schools, made the Selma-to-Montgomery March possible, defended Rosa Parks, helped plan and execute the Bus Boycott — the greatest protest in American history — and managed to get Martin Luther King Jr. acquitted of tax evasion by an all-white jury in Alabama in the 1960s, then we’ll talk.)

While historical markers are nice and all — Montgomery erected one of those to honor Gray a few years ago — Reed wanted something a bit more symbolic of Gray’s accomplishments. Something like renaming the street Gray grew up on, and in the process removing the name of the first president of the confederacy and putting in its place the name of a Black man who fought his whole life against segregation and discrimination.

With Gray and his family in attendance on Tuesday, the new street signs went up. Jeff Davis Ave. is now officially Fred Gray Ave.

Shortly after that event, there was another, equally important event — this one to finally clear the name of Claudette Colvin.

If you don’t know Colvin, it’s probably because Alabama didn’t teach an accurate history long before it was popular to ban teaching an accurate state history. Before Rosa Park’s arrest, which touched off the Bus Boycott, Colvin was dragged off a bus in Montgomery for refusing to give up her seat to a white man.

For a brief moment, Colvin was going to be the name everyone remembered. But it wasn’t to be for a variety of reasons — most notably, Colvin, 15 at the time, became pregnant (she has said previously that the pregnancy was the result of a statutory rape) and civil rights leaders felt that might make her less sympathetic to the public.

Colvin, who was represented by Gray, was left only with the charge of assaulting a police officer after other charges were dismissed. But that charge, it stuck. Colvin was hit with “indefinite probation,” and they were serious about the indefinite part.

And that’s where the city and Reed and that whole new perspective thing come in. Back last year, when the city was planning to commemorate the 65th anniversary of Park’s arrest, Reed told his staff that he also wanted to do something for Colvin. His top policy advisor at the time, attorney Phillip Ensler, got on the job.

“Almost immediately, we started talking about the criminal record from when she was a teen and whether we could do something about it,” Ensler said. “(Reed) wanted to expunge the record. So we looked into that, but because it was in juvenile court, and several other factors, that wasn’t possible.”

But Ensler got in deep. He talked to Colvin’s family about getting the record expunged, sought out their advice and put in a fair amount of work. When he left the city for his own practice, Ensler didn’t stop working for the Colvin family.

Colvin’s record should have been cleared long ago, but no one bothered to do it. And neither Colvin or her family members ever pressed anyone because they didn’t trust anyone to actually do it. Instead, Claudette Colvin simply walked around in fear for years.

“Even after she moved off to New York and would come back to visit, she feared that something would be done to her,” Ensler said. “The family was very much aware that this was still out there.”

And so, Ensler started working on righting that wrong. With a little help from the city and friends. Reed and the city will support the expungement. Montgomery District Attorney Daryl Bailey has written a recommendation saying his office supports the expungement. Rep. Merika Coleman is planning to introduce legislation that makes the expungement official at the state level.

And on Tuesday, with her old attorney and her new attorney at her side, Colvin filed a formal request for expungement with the presiding judge of the Montgomery County juvenile court — the court that somehow has authority over this matter involving an 82-year-old.

“I don’t believe it will take long for this to be approved,” Ensler said. “I’m just happy I could help and be a part of this.”

He might not be finished with the expungements. In addition to Colvin, Mary Louise Smith and Aurelia Browder also have criminal records that have lingered for decades. Smith and Browder joined Colvin and Susie McDonald as the named defendants in the lawsuit against Montgomery’s segregated busing system. Gray represented all four. Ensler said he would be happy to work on the rest — a noble commitment for a man working pro bono.

The Browder v. Gayle lawsuit was, of course, successful. It launched the Civil Rights Movement and the career of a young attorney with ambitions to “attack everything segregated.”

And on Tuesday, the city of Montgomery, the state of Alabama and the entire country was reminded of those two fearless Americans. Young school kids got to hear about American heroes they should have heard about long ago. And the rest of us got a nice moment in a time when we really need a few nice moments.

Just look what a change in perspective can do.