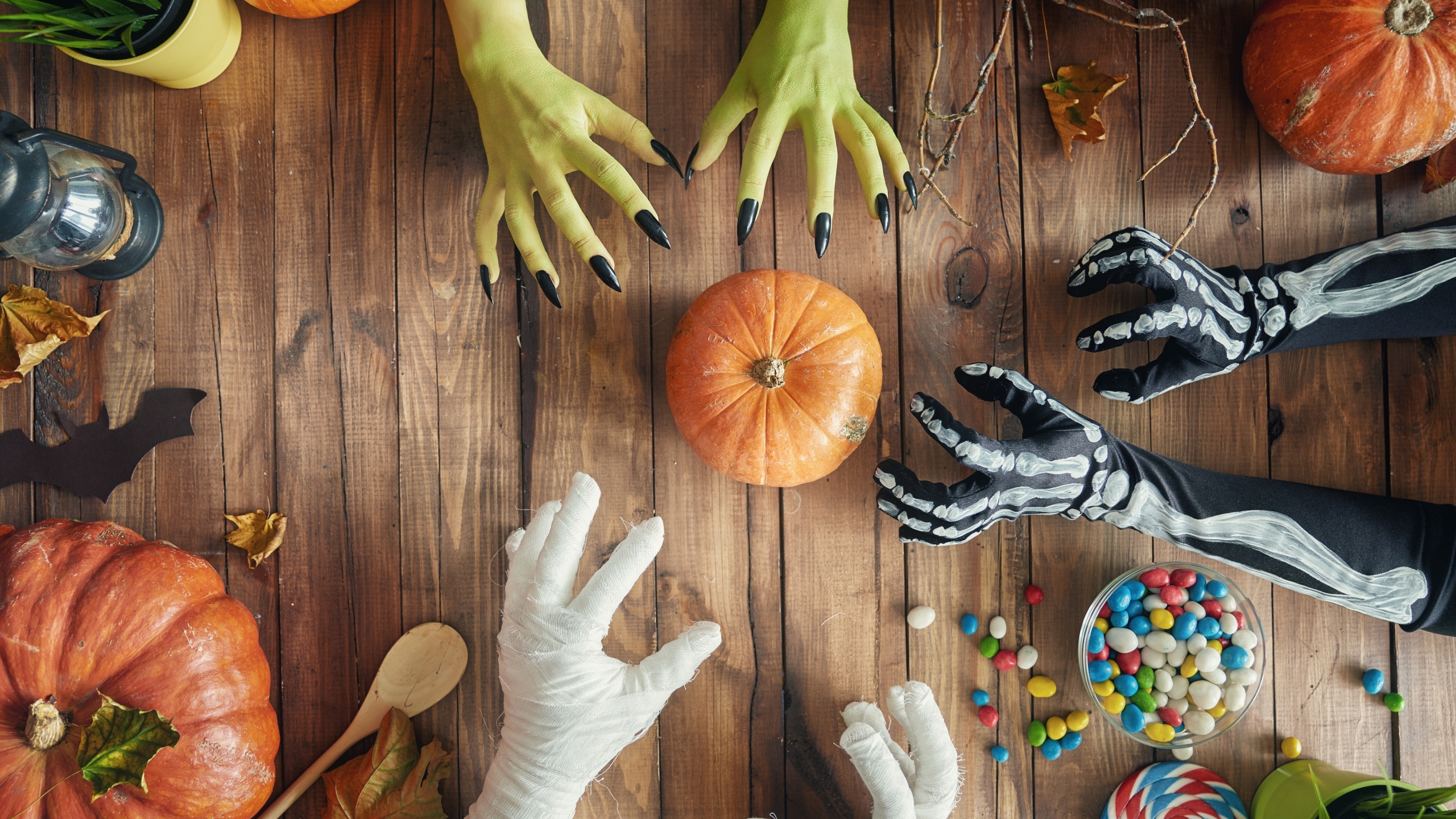 Today is the first Halloween my wife, Veronica, and I have experienced in our new apartment on the Southwestern side of Birmingham.

We had 21 Halloweens in the house we lived in for nearly 22 years on Birmingham’s Southside. A devastating fire left us basically homeless. The lawyer is still fighting with the mortgage and insurance companies.

So less than a month after our fire, after spending three weeks in a Birmingham hotel, we lucked out with this great apartment. It’s much smaller than our house, but we needed to downsize. This has been, in many ways and with help from many people, a blessing for us.

But I digress. I’m talking about Halloween, which, as a kid, was one of my favorite holidays. My sisters and I would go through our neighborhoods in southeast Texas and deep southern Louisiana, getting as much candy as we could. We generally racked up. But we rarely, if ever shared our riches of Reese’s cups, Butterfingers, Snickers, even the occasional Apple or other thumbs-down treats, with each other.

Then we transitioned into givers, not takers. Veronica and I rarely had trick-or-treaters at our Southside home. The neighborhood was in transition, and included mostly unmarried, childless couples. But occasionally we had visitors, and we were generally generous with our cavity-makers. (We don’t know the Halloween scene at our new apartment, but we’re prepared just in case.)

One year at the Kennedy Compound on Southside, we were not going to be home for Halloween, so we just left a bowl full of candy on our front porch, with a little note that said: “Take one or two. Share with others.”

When we returned to the house, not only was all of the candy gone, so was the bowl. Left behind was our note. We had a good laugh over that, and still do, especially on Halloween.

That always reminds me of my sisters and me, refusing to share our Halloween loot, when we were kids. Yes, we were awfully selfish. Considered only ourselves. Like kids often do.

It reminds me that the brats in Alabama’s Legislature do the same. Not with candy (if only), but with state legislative seats and Congressional districts.

We do not grow up.

About 40 percent of Alabama’s population is underrepresented in Montgomery and Washington, D.C. They take what they can get.

When (if?) Democrats are ever in control in Alabama, they’ll do the same. They have in the past.

But why can’t we share? Why draw these crazy districts to keep this minority from being able to win a seat, or to ensure that ONLY this minority does (yeah, just that one)?

I’m not naïve. I know it’ll take bigger, broader minds to make a difference during redistricting than we have now in Montgomery. That, as far as Alabama is concerned, the people in charge will do what they want.

No candy for you!

They laugh at voters, knowing that no matter what they do, there’s a base out there that will continue to elect them – whether Democratic or Republican.

They’ll vote against their interests, over and over again, just so this minority or this area or this state doesn’t truly reflect its demographics. They do it, and they’re proud of doing it.

Just like those kids who took the whole bowl of candy off our porch that particular Halloween and just like my sisters and I refused to share our bounty of candy with each other.