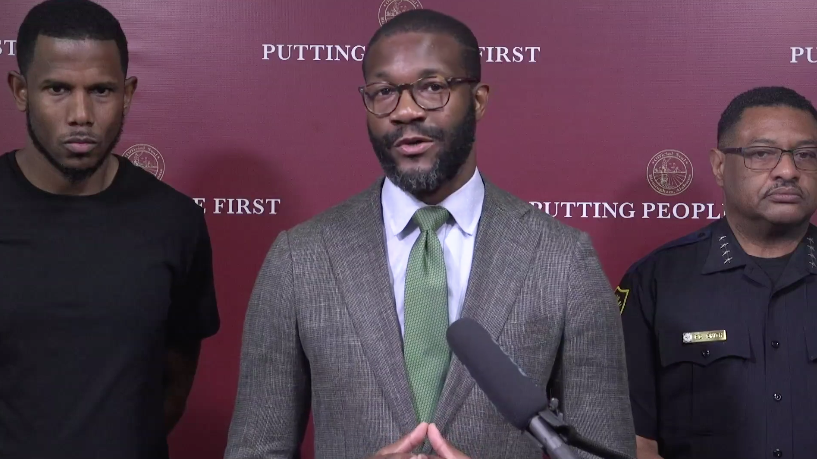 Birmingham Mayor Randall Woodfin has announced co-chairs for the transition team that will help frame his second term as mayor.

“Our goal with this transition team is to look at what we’re doing as a community and where we need to go,” Woodfin said. “The people of Birmingham did not give me a second term to maintain the status quo. They gave me a second term so that we can shift to an even higher gear to move this city forward.”

Woodfin has outlined his second-term priorities in Vision 2025. They include a renewed commitment to neighborhoods, investing in people, reimagining public safety, and realizing the city’s economic potential.

After Woodfin’s inauguration on Nov. 23, the transition team will work with him over the first 100 days of his new term to create a roadmap to make Vision 2025 a reality.

“It is critical that we set the tone for the next four years with a sense of urgency and a clear direction,” Woodfin said.

The co-chairs were selected based on their experience, their expertise and their passion for Birmingham, Woodfin said.

As vice president of the Birmingham Division of Alabama Power Company, Calhoun oversees the company’s operations, sales, economic and community development, and external affairs activities across six counties in north central Alabama. Calhoun is a graduate of Spelman College in Atlanta and the University of Alabama School of Law.

As CEO of Southern Research, Carpenter is responsible for an organization that employs more than 400 scientists and engineers and has operated for 80 years on Birmingham’s Southside. Carpenter is a UAB graduate, and he received his master’s and doctorate from the University of Oxford, where he studied as a Rhodes scholar.

Thompson was recently named CEO of the Birmingham Civil Rights Institute. Prior to her appointment to the Institute, Thompson served as political strategist and organizer for her own firm, Think Rubix, as well as the White House and other national organizations. Thompson mobilized more than 2 million voters nationwide through Woke Vote, an organization she founded in 2017. She is a graduate of Berea College.

Transition subcommittees will be announced next week.