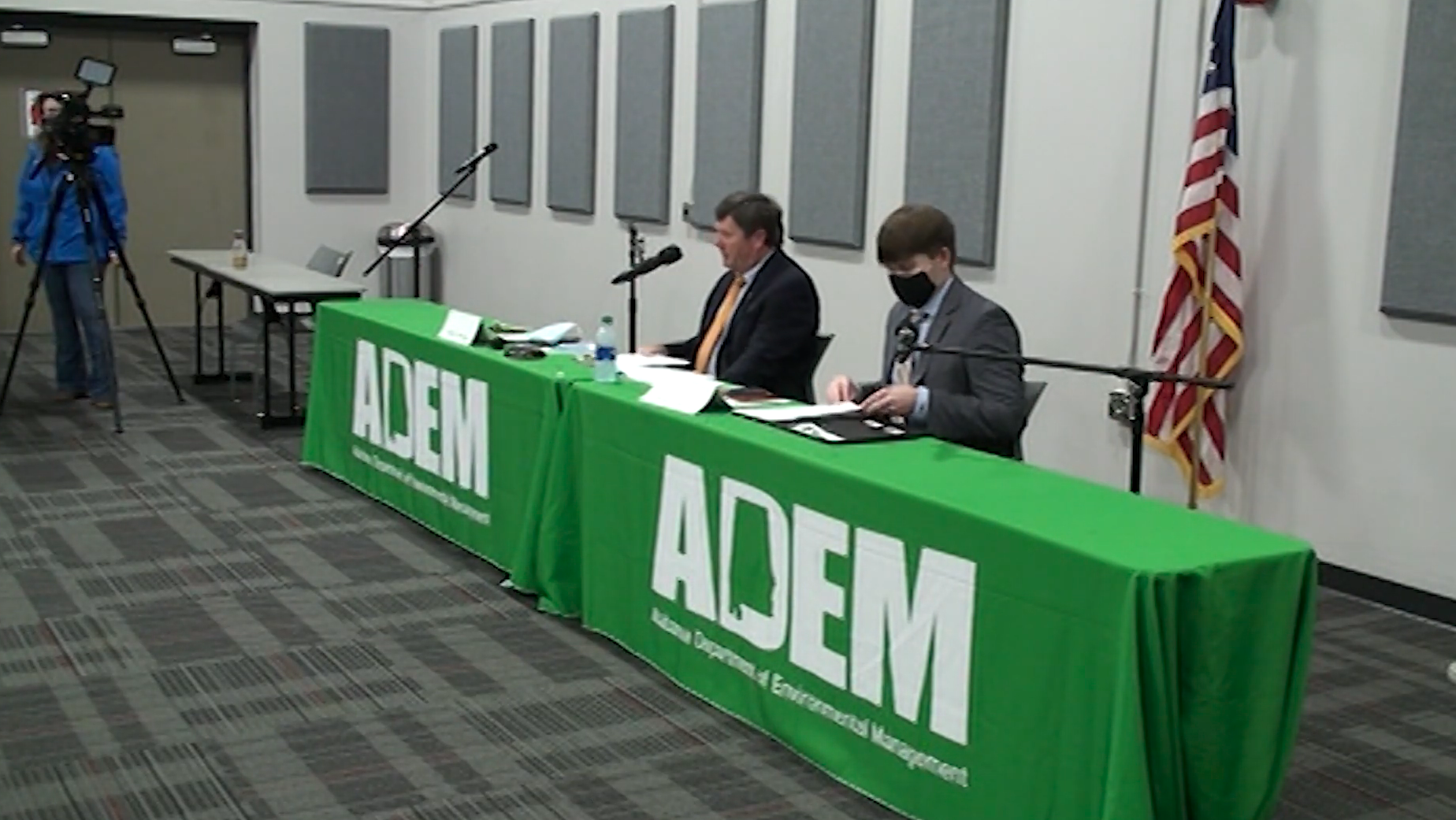 When an industry proposes to locate to an area, nearby residents, businesses and community groups all have a vested interest in what that industry wants to do and how those plans will affect them and their environment. Providing them a platform to both learn more about the industry’s plans and to voice any concerns they might have is an essential feature of Alabama’s environmental regulatory process.

In its regulatory role, the Alabama Department of Environmental Management provides notification and a process through which citizens can comment whenever an industry applies for an air, water or land permit. That is required by law and ADEM’s operating rules to protect the state’s environment. When local interest dictates it, ADEM will hold a public hearing to maximize the public’s opportunity to comment.

ADEM believes that citizens have the right to be informed and to voice whatever concerns they have about the potential environment impacts a new or expanded operation might pose. ADEM takes those relevant comments into consideration, along with the thorough scientific review of the permit application by its staff, in making a determination on whether the applicant meets the requirements of state and federal environmental rules.

If a permit is issued, ADEM provides written responses to pertinent issues or questions raised in the comments.

But here is what’s important for the public to understand: ADEM is limited, by law, to its regulatory functions. ADEM will not, and cannot, determine whether a proposed plant or operation is a good use of that land. Such land-use decisions are rightly left to local elected and appointed officials – city councils, county commissions, zoning boards, etc.

Unfortunately, sometimes citizens believe regulatory agencies like ADEM have more authority than they do. They ask ADEM to deny a permit to an industry simply because they don’t want that industry in their community.

ADEM cannot do that. Instead, citizens should turn to their local elected officials.

Residents opposed to those operations coming to their communities have organized, petitioned and protested. They have called on their City Council in Gadsden and their County Commission in Lee County to say no to the plant and to stop the quarry. Citizens groups and businesses in Gadsden and officials in Lee County hired lawyers and filed lawsuits in their fight.

Citizens also testified at ADEM hearings and sent comments to the department urging ADEM to deny permits for the plant and quarry.

Those actions are all within their rights, and they are not unexpected.

However, there’s a distinction between what ADEM can do and what local officials can.

First and foremost, ADEM must follow the rules that govern its operation. There are strict state and federal guidelines prescribing the issuance of environmental permits – water discharges, air emissions, etc. If a permit applicant meets all those requirements and ADEM determines they provide the necessary environmental safeguards, as determined by data and science, ADEM is obligated to issue the permit.

Of course, any permit issued by ADEM will be protective of human health and the environment.

Local elected officials have more discretion than does ADEM. They can assess whether an industry is, say, a good fit for an area, the economy or the overall well-being of the community. Plus, they have other tools at their disposal, such as zoning regulations and economic incentives, to tailor what type industries they want in an area.

Whether a quarry, a plant or other industrial facility is located in your community is in the hands of your local officials. They must answer directly to you, the voter. If you don’t like a decision the mayor, city council or county commission made, you can vote them out. Appointed board or authorities in many cases can be replaced by those elected officials if they make unpopular decisions.

The local route – calling on local officials and holding them accountable – is often the best path for citizens to get what they want, or block what they don’t want.

My assurance to the citizens of Alabama is that ADEM will strictly follow the law, data and science in making permit determinations.

And leave land-use decisions where they are best decided – at the local level.