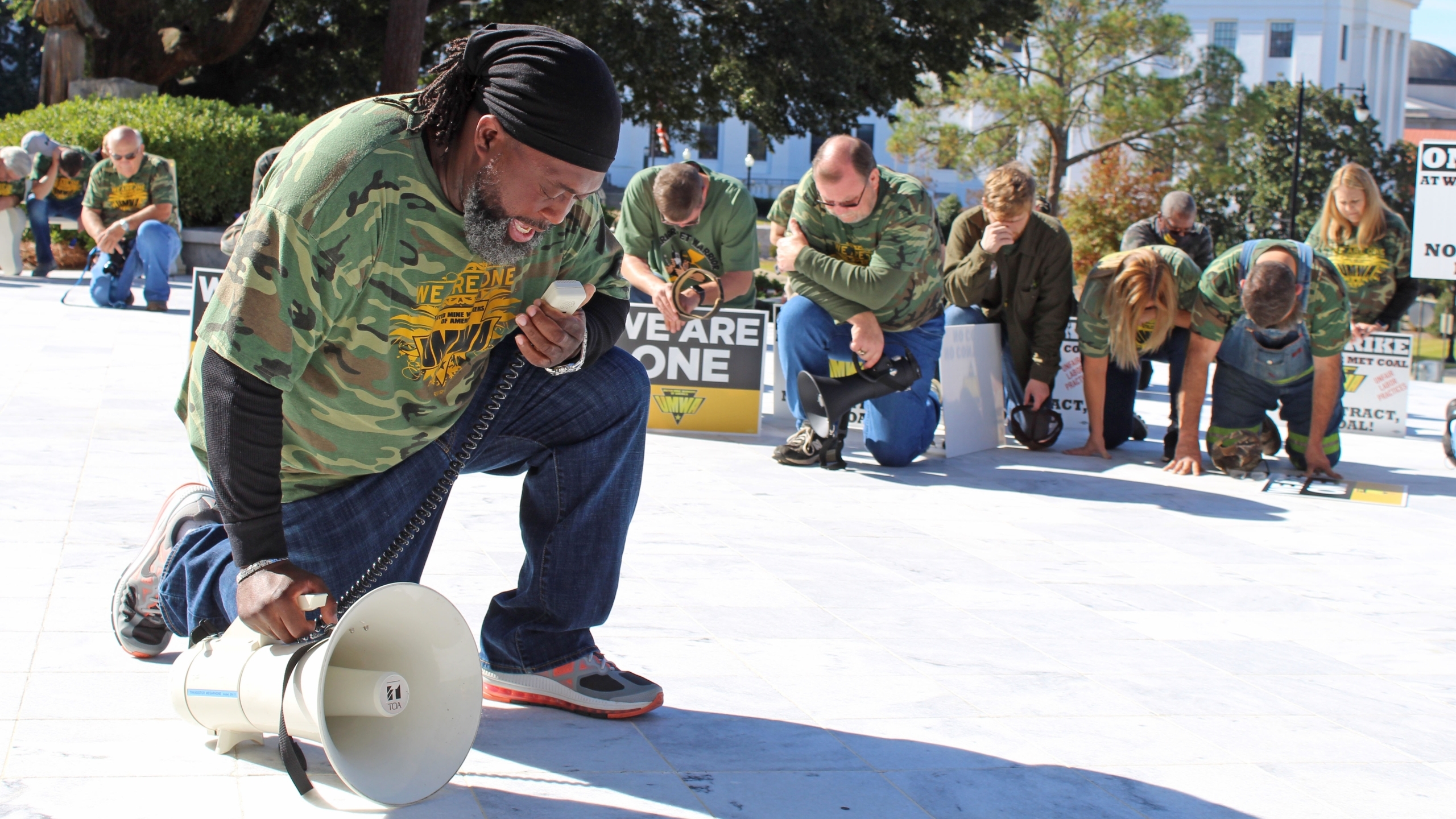 About three dozen miners gathered on the steps of the state Capitol on Thursday, calling on Gov. Kay Ivey to stop the use of State Troopers to escort strikebreakers through picket lines at coal mines owned by Warrior Met Coal Inc.

The rally is part of a strike that began April 1 by the United Mine Workers of America, when 1,100 miners walked off the job calling for better pay and benefits and fairer labor conditions.

UMWA President Cecil Roberts said by using State Troopers to escort “scabs” from out of state through the union’s picket lines, the state has effectively sided with Warrior Met.

“This is all about which side are you on?” Roberts said. “The state ironically has chosen to support Warrior Met’s efforts to keep the money flowing out of this state to New York City into these heavy investors’ pockets and into the pockets of multibillionaires in New York and across other places in the United States and indeed the world.”

Miner Mike Wright spent the better part of the hour with a bullhorn voicing the miners’ objections toward the Capitol building and urging Ivey to come out and address them. The miners sometimes joined in with chants or shouts of affirmation to Wright’s speech.

UMWA says the miners saved the company, formerly Walter Energy, after it declared bankruptcy in 2016. Roberts said the workers made concessions equaling $1.1 billion in cost-savings, allowing the company to rebound — now the miners are asking for what’s fair.

Warrior Met, however, contends that the current pay structure and benefits are fair and competitive and allow for the stability of the company despite market conditions. The union and Warrior Met reached a tentative agreement just two weeks into the strike, but the union said members “emphatically” rejected the agreement.

While labor negotiations continue, both sides have made claims that the other side has resorted to violence and dirty tactics.

Roberts cited multiple incidents in which vehicles crossing through the picket lines have struck picketing union members, while Warrior Met has claimed picketers have damaged cars and company property and even got a restraining order preventing picketing within 300 yards of Warrior Met offices or mines.

Roberts said he believes the strike is finally starting to impact the company, which reported $6.9 million in expenses directly related to the strike and $9.3 million in idle mine expenses. However, the company also reported its best quarter since the beginning of the COVID-19 pandemic with a net income of $38.4 million.

As for the use of State Troopers, the governor’s media office previously stated the governor’s support for the Troopers continuing to provide protection for workers heading into the mines and for everyone in the surrounding area.

In this article:Featured, union