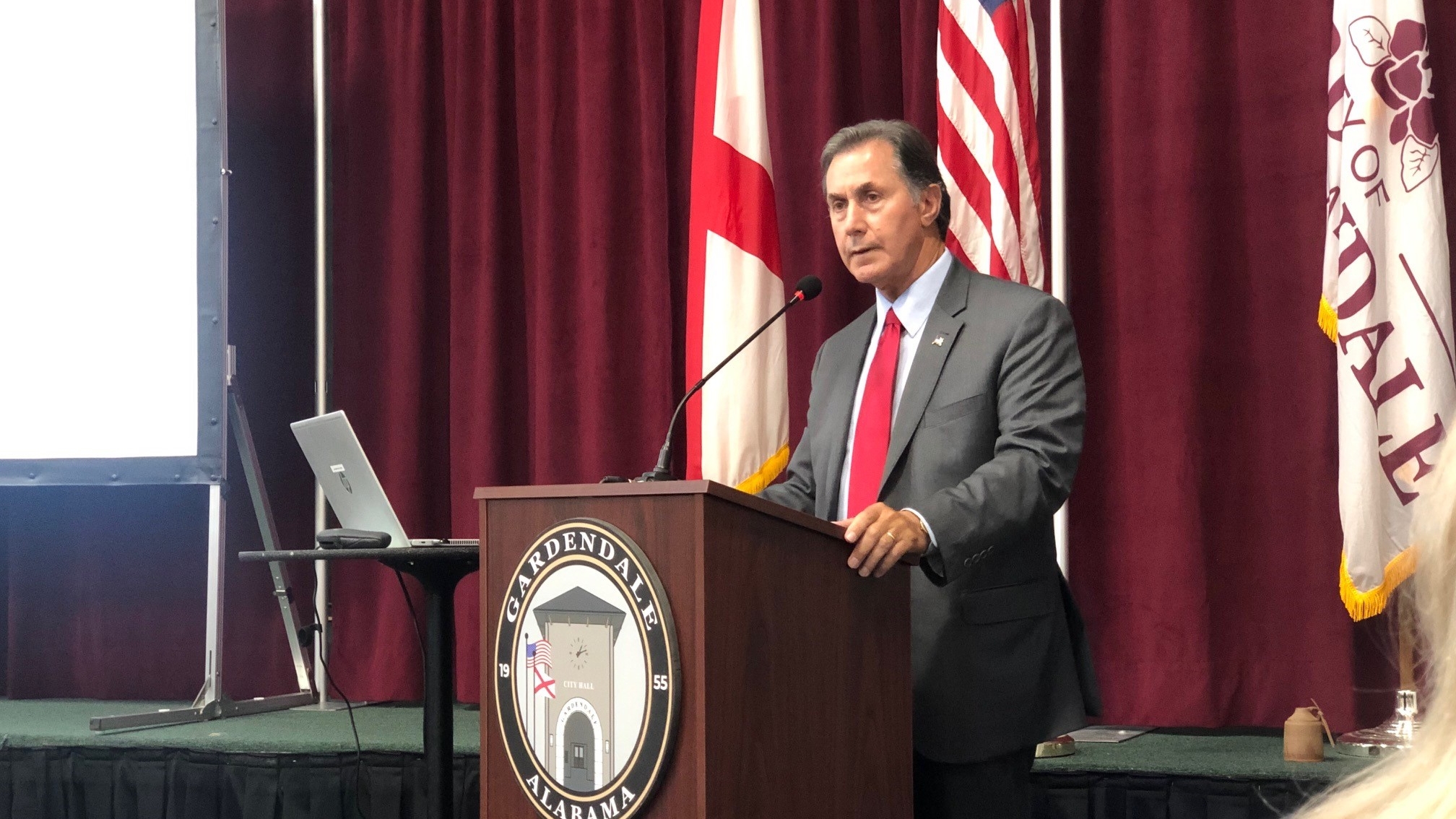 Congressman Gary Palmer speaking at an event in Gardendale.

The University of Alabama’s Nick Saban is a coach’s coach. A number of Saban’s former assistants are out there running successful football programs in the Southeastern Conference and elsewhere.

Congressman Gary Palmer, a Republican representing Alabama’s 6th Congressional District, is a hypocrite’s hypocrite. He has been since I’ve known him, and that’s a while.

Palmer voted against President Joe Biden’s infrastructure plan, but, then when it passed, quickly took credit for the money it will provide to help build the Northern Beltline around Birmingham.

“Completion of Birmingham’s Northern Beltline has been a priority of mine since I was elected to Congress, and new funding for the project has now passed,” Palmer hypocritically tweeted out on Nov. 15, the same day Biden signed the infrastructure bill hypocrite Palmer voted against.

Completion of Birmingham's Northern Beltline has been a priority of mine since I was elected to Congress, and new funding for the project has now passed. See my full statement here: https://t.co/07X52VfnJ6

Palmer also is a member of a group of right-wing-nut House members who are trying to politically destroy the 13 Republicans who voted in favor of the Northern Beltline Palmer has been working on since he became a member of Congress.

There are many of them in Congress, but Palmer is among the worst (or, maybe, best). I think that’s because it’s nothing new to him. It’s a lifestyle.

I met Palmer years ago when we attended church together. He’s collegial. Shakes your hand with a smile. But look at the eyes. There’s nothing there. It’s all a game to Palmer. A game of “me.”

“Whatever helps me, I’m on it,” Palmer seemingly says with every handshake. “A promise is a promise, but only if it helps me,” his eyes shout.

Palmer’s “Family Alliance” group was a staunch enemy of helping poor and marginalized middle-class children. They had their place, he apparently thought, and their place wasn’t in being helped.

Face-to-face, he told me his group, after fighting Children First for several legislative sessions, would not fight it that year. That’s because Palmer thought the proposal was dead.

When it gained life, Palmer’s group fought behind the scenes to kill it. Yet, I looked Palmer straight in the eyes – those eyes, those dead eyes – and he promised not to fight Children First.

This is the man we have representing us, District 6. He votes against something he says he doesn’t want, then takes credit for the part in that something he does want.

Palmer has plenty of experience at hypocriting. He knows voters don’t really care. He smiles. He shakes hands. But look into his eyes. Those dead eyes. Those eyes that are screaming: “ME!” in a dead kind of way.

That is, if you get a chance. Because these guys rarely hold any public meeting where we can ask them questions. They don’t want to face their constituents. They just want to be hypocrites, then depend on voters not to care, or even to know what “hypocrite” means.

Palmer is in the job of a lifetime. The perfect job for a hypocrite. And a coward. Just look at Congress. Just look at the rest of Alabama’s congressional delegation.

We get the representatives we vote for. At election time, Palmer shows up, slaps around those awful cultural issues that too many of Alabama voters glom on to – gay people are bad; immigrants are going to take my job and sell drugs to my kids; black people are, well, black people; that woman is going to murder her kid, and the kid isn’t even born yet; Democrats are socialists and libtards.

Critical Race Theory will rape your mother and sister.

Then most voters, those who show up at the polls, anyway, can’t fill the bubble fast enough.

Nothing honest there and, sadly, nothing new, either. It doesn’t matter. Palmer, like most Republicans these days, will stretch it to the limits. No real issues. No plan of their own. Just hypocritical vomit.