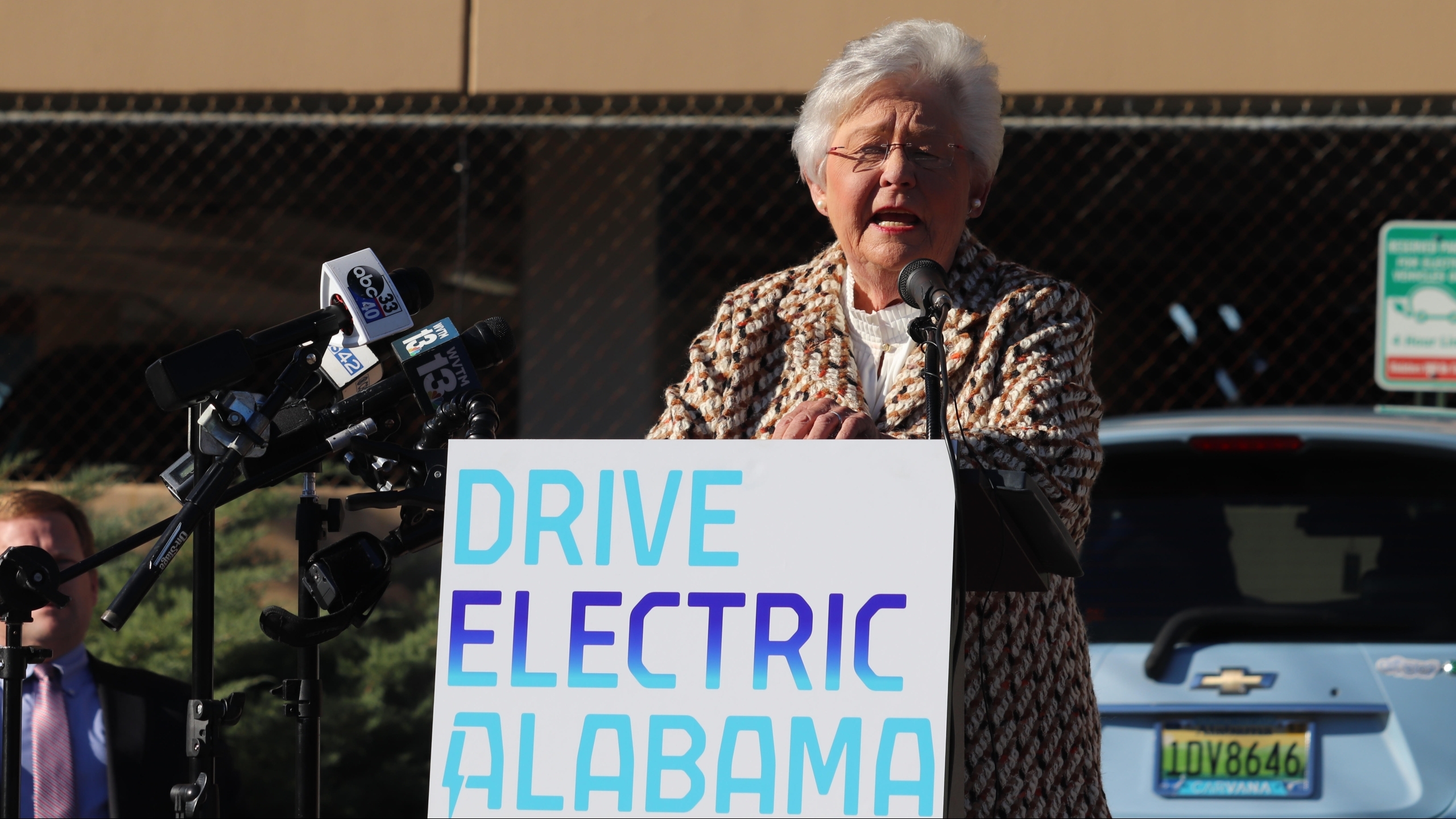 The Alabama Department of Economic and Community Affairs (ADECA) has officially launched the state’s electric vehicle education and marketing program, known as Drive Electric Alabama, at an event on the UAB campus on Monday, Nov. 29.

“As automakers make significant investments in electric vehicles, we know more and more motorists will consider purchasing one,” Gov. Ivey said. “In addition, automobile manufacturing is one of Alabama’s key industries, and we want to make sure that this economic engine remains vibrant for Alabama’s workers.

“That’s why I’m pleased Alabama is launching this education and marketing program that will help all Alabamians learn more about EVs.”

The campaign will include television, radio and digital advertising, as well as billboards and events aimed at increasing Alabamians’ awareness surrounding EV technology, affordability, charging and other related topics.

“It’s clear electric vehicles represent the next generation of automobile manufacturing,” ADECA Director Kenneth Boswell said. “That’s precisely why this is the perfect time for Alabamians to learn about electric vehicles, as many auto manufacturers, including Mercedes-Benz right here in our state, are beginning to add electric vehicles to their fleets.”

The inaugural marketing campaign, known as “Electric Gets You There,” stresses the cost savings associated with electric vehicles as well as EVs’ functionality.

Planning a normal day of dropping the kids at school, commuting to the office, heading to the grocery store and picking the kids up from practice? Electric Gets You There.

Need a new vehicle and want to eliminate paying for gas and oil changes? Electric Gets You There.

Want to make sure Alabama remains one of the world’s top exporters of automobiles? Electric Gets You There.

In addition to the “Electric Gets You There” campaign, ADECA is also developing a separate statewide infrastructure plan related to electric vehicles, which is expected to be completed by the end of the year.

“Automobile manufacturers have announced billions of dollars in investments in EVs in the last year, but most Alabama motorists have questions about how far EVs can travel on a single charge, how often and where EVs are charged, and how much money is saved by switching from gasoline to electric,” said Michael Staley, president of the Alabama Clean Fuels Coalition. “These are questions Drive Electric Alabama and the ‘Electric Gets You There’ campaign can help answer and begin to normalize this transition from gas to electric for many Alabamians.”

Drive Electric Alabama is an initiative of the Alabama Department of Economic and Community Affairs (ADECA). This effort exists with a mission to raise awareness, and advocate for the eventual adoption, of electric vehicles in Alabama by engaging and educating Alabama residents about the benefits of electric vehicles in their everyday lives, their futures, and the energy and economic impact for our state. Learn more at driveelectricalabama.com.

In this article:Alabama Department of Economic and Community Affairs, Alabama Gov. Kay Ivey