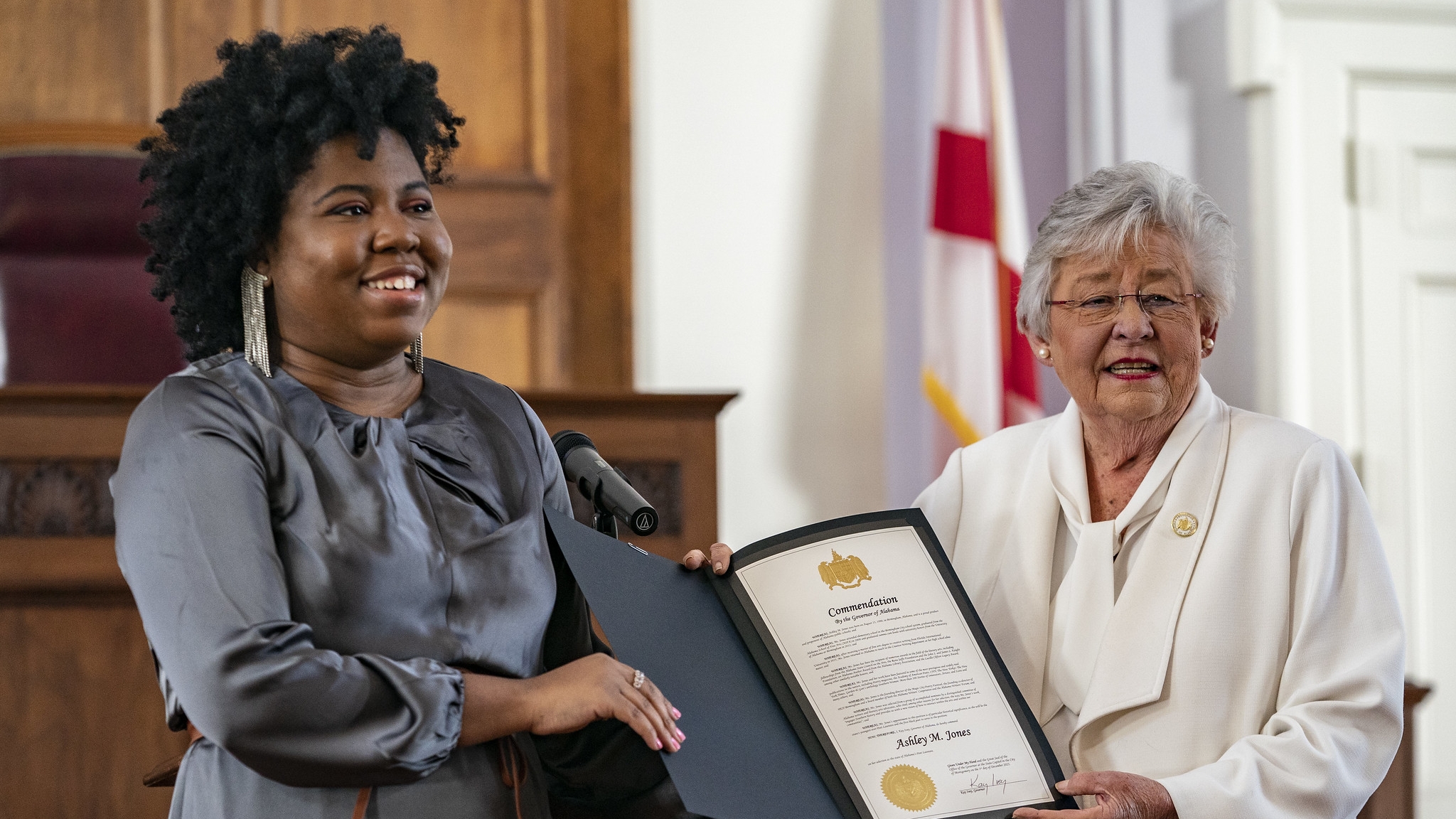 Jones, a Birmingham native, has published three collections of her poetry as well as numerous poems, essays and other writings in local and national journals.

At 31 years old, Jones is also the youngest poet laureate in Alabama history.

“It really means a lot to me to be the first person of color to hold the position in a time right now in our country when we’re really trying to start having important conversations about race,” Jones said. “I think I’m coming in right at the right time to get that going in Alabama with poetry and anything else I can do to really keep that at the forefront.”

Jones’ poetry draws focus to issues of racism, including Alabama’s thorny history, and said her selection as poet laureate gives her hope for the future.

An excerpt from the poem reads” What, you think all I want is money? What, you think money can ever repay what you stole? Give me land, give me all the blood you ripped out of our backs, our veins. Give me every snapped neck and the noose you wove to hoist the body up.”

Starting her four-year term in 2022, Jones said her first priority is to get funding from the Academy of American Poets.

“That will help me have resources to spread throughout the state,” Jones said. “I really want to empower people from across Alabama to be able to do programs and have poetry exist vibrantly in their communities.”

Ivey congratulated Jones on the opportunity to have such an influence.

“Everyone in this room, and I would add folks around the country, are proud of you for being honored with this well-deserved, historic recognition,” Ivey said.

As poet laureate, Jones will advocate for poetry and writing in the state through lectures and engagements.

The Alabama Writers Cooperative is responsible for nominating and selecting Alabama’s poet laureate.

A native of Birmingham, Ashley Jones was a product of the Birmingham City Schools and later the Alabama School of Fine Arts (ASFA). In 2012, she graduated from UAB.

Jones received an MFA in Poetry from Florida International University (FIU), where she was a John S. and James L. Knight Foundation Fellow. She currently lives in Birmingham and is the founder of the Magic City Poetry Festival.