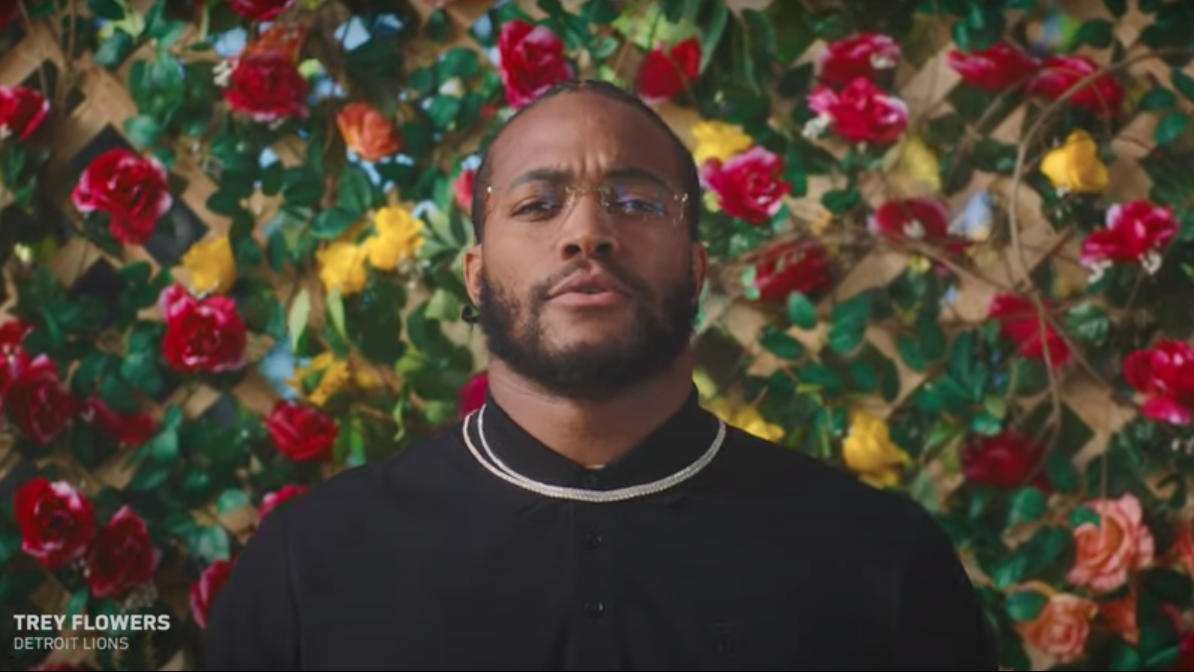 Ron McKeithen and Trey Flowers hadn’t met before they got on a Zoom meeting together Wednesday, but the formerly incarcerated man and NFL player are connected in a way that few are.

Flowers appears in a recent NFL commercial that highlights Alabama Appleseed, the nonprofit that worked to free McKeithen, who served 37 years after a life without parole sentence under Alabama’s Habitual Felony Offender Act. A series of such commercials are to run through December.

No one was injured in the convenience store holdup, but McKeithen’s three previous  nonviolent property crimes, two stemming from a single incident, were enough to require a judge to lock him away for life, before Appleseed worked to free him.

“When the guys saw the commercial in prison, all of them acted like their favorite teams made a touchdown,” McKeithen told Flowers. “You are affecting people’s lives.”

Flowers narrates the commercial, which features Motis Wright, sentenced to life without the possibility of parole for a 1994 robbery of $28 and under the same law that snared McKeithen for life. Appleseed, making use of grants through the NFL’s Inspire Change Initiative, managed to free Wright in May.

Flowers smiled widely at McKeithen’s words as he continued to try and explain the impact the NFL player and the NFL grants have had on himself and the five other men he served with, all freed with help from Appleseed.

“All six of us expected to die in there…You helped save a life. You gave Carla and Appleseed ammunition to just walk in there and take the noose off a guy’s neck. I appreciate you. I really appreciate you,” McKeithen said.

Carla Crowder, Alabama Appleseed’s executive director, said during the interview that prior to receiving the first NFL grant in 2020 the nonprofit hadn’t been working directly with incarcerated clients. The funds made possible through that first grant and subsequent NFL grants helped Appleseed free McKeithen and the others, she said.

“I’ve never had a funding partner where I’ve been able to say, only because of these funds have we been able to achieve  these results, but with our Inspire Change partnership that’s absolutely the case,” Crowder said.

“And now we’re hearing from more lawyers around the state who want to help with these kinds of cases. More  judges,” Crowder said. “People in Alabama are waking up to the brokenness of our system and how it is hurting people.”

The lives of the men saved from a life in prison by Appleseed’s staff have a value beyond the crimes they committed decades ago, and what they’re doing since release is evidence of that.

McKeithen wasn’t free from prison for a full 24 hours before he asked how he could help those he left behind inside the prison fences, Crowder explained. He’s now working for Applseed helping formerly incarcerated people like him adjust to life outside. The weight of his own freedom still rests on his shoulders.

“I feel a strong sense of guilt, because I left a lot of dudes back there that should be sitting beside me,” McKeithen said. He still talks to many he left behind upon hs release, but the talks aren’t always easy.

“They’re happy to hear from me. Happy to hear what’s going on with me, but at the same time I hear in their voice, this, man. I wish it was me. I’m tired of this,” McKeithen said. “Talking to me has it’s good points and it’s bad, but the only thing I can do is try to encourage them.”

Flowers said his involvement with Appleseed’s efforts, and his work on voting rights, stems from him growing up in Alabama and having family members who participated in the Selma march. He explained he was also spurred to action after the presidential election and protests.

“A lot of things going on in the country. I just felt I guess kind of obligated to just speak my mind,” Flowers said. The more he learned about the problems, through Zoom calls and from others, the more he wanted to help by using his platform, he said. He always knew those problems existed, but hadn’t before felt inclined to do anything about it, before he did.

“And I’m glad I did it. Glad I took on those zoom calls. I’m glad I did those city meetings and just continue to gain knowledge and to push it forward,” Flowers said.

The organizations are working together to create an arts exhibition called “Changing the Course."

Alabama prisoner who sued after 2016 stabbing killed in another attack

Travis Hutchins, 34, died after being attacked by a man with a weapon, the Alabama Department of Corrections confirmed to APR.

Timothy Robinson's arrest is at least the fourth of an Alabama correctional officer in recent weeks.