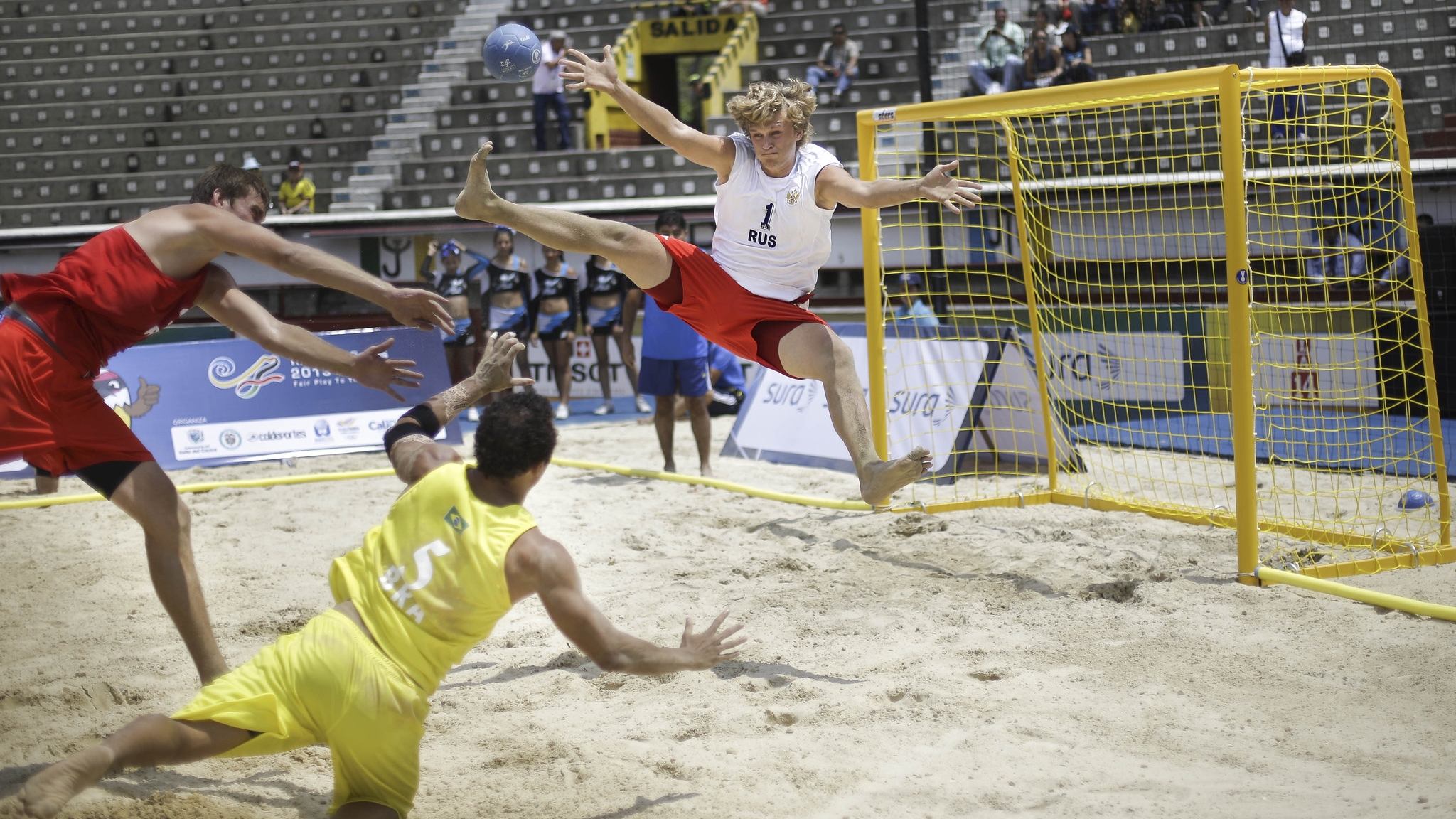 The goalkeeper Zabolotskiy from Russia tryes to block a ball from Nailson Amaral from Brazil in a beach handball match at Canaveralejo Bull Fighting Ring during the Cali World Games 2013. Friday August 2nd 2013, Colombia. Photo: Coldeportes/Archivolatino

Newsweek has named the World Games 2022 in Birmingham one of “22 great things” that will take place in the upcoming year.

“Another major global news organization is identifying The World Games 2022 as one of the biggest events in the world that shouldn’t be missed,” said Nick Sellers, CEO of The World Games 2022. “If you want to see the world’s fastest growing, most exciting sports like lacrosse, kickboxing, parkour, waterski jumping and wakeboarding, along with recent Olympians competing again for gold in softball, karate, sport climbing and more, you will witness history at The World Games 2022 in Birmingham this coming July.”

Newsweek describes its list of “22 Great Things” as “a sampling of some of the things that could make 2022 a very happy New Year.

The World Games 2022 Birmingham will feature elite athletes from all over the world to compete for gold in 34 unique, multi-disciplinary sports. Featuring 3,600 athletes from more than 100 countries, the international event will unite global fans with the Birmingham community in more than 25 venues around the greater metropolitan area.

The World Games 2022 Birmingham, which marks the 40th anniversary of the event, will take place from July 7-17, 2022 and will generate an estimated $256 million in economic impact.