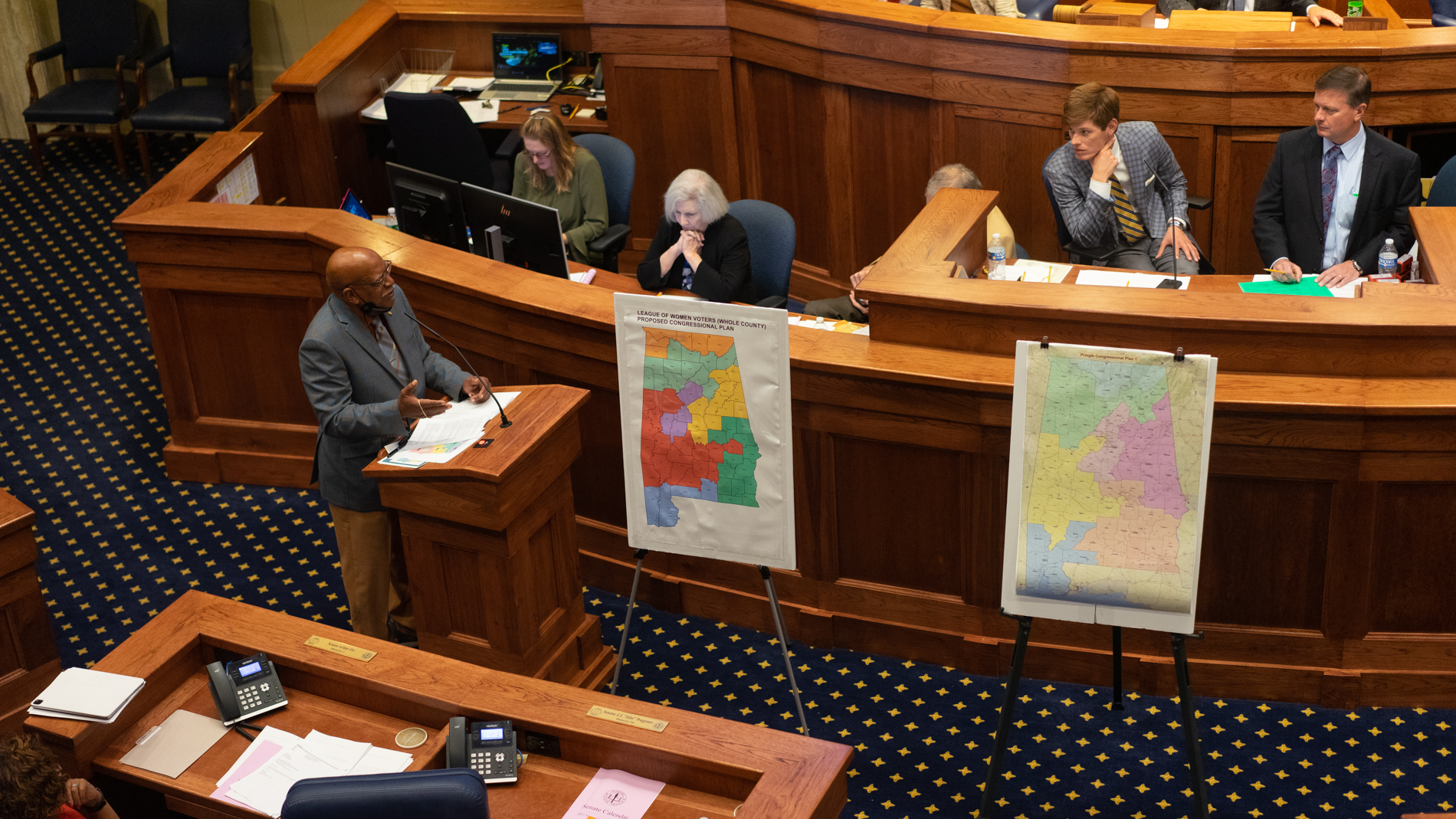 On January 24th, three federal judges ruled that the Congressional District map approved by the Alabama legislature in 2021 should not move forward because it does not allow for a second minority Congressional District to represent the state’s 27 percent Black population. As a matter of fact, the state’s Black population has one preferred candidate in the current District 7 seat, held by Congresswoman Terri A. Sewell.

Yet, Alabama Attorney General Steve Marshall, indicates that his office will appeal the decision in an apparent effort to maintain the effective disenfranchisement of Black and Brown voters that is as engrained in our state as college football. My question to Marshall is why? Why do you want Black voters to continue to have fewer preferred candidates, when we make up nearly 30 percent of the state’s population?

Why do you not want Alabama’s Black voters to have an equal say in how our nation is governed? The majority of Americans have heard of the Three-Fifths Compromise – actually this is not something I can assume given the current effort to limit what we know about the true and factual history regarding this nation’s past. So, let me take a minute to describe this particular blemish on our shared history. The Three-Fifths Compromise was a constitutional agreement struck by America’s founders to under-value enslaved people (Black people) by discounting them compared to others for taxation and voting purposes.

How is it that in 2022, in the great state of Alabama, the Black population once again finds that its vote (value) falls well short of the “one person, one vote doctrine” that the 14th Amendment requires? As the federal panel wrote, the current map would violate the Voting Rights Act because “Black voters have less opportunity than other Alabamians to elect candidates of their choice to Congress.”

I would argue that the appropriate term is “significantly less opportunity,” because we are closer to a “one-man, one-half vote” for Alabama’s black population.

So, what am I asking for?

First let me say, I applaud the federal judicial panel’s decision. The two Republican appointed judges did not allow partisan politics to stand in the way of what the law required. Respectfully, I am asking that Attorney General Steve Marshall do the same.

I am asking that he realize the crux of this issue is not Democrat vs. Republican, but instead is a racial injustice issue that has been cast upon the shoulders of the Black population of this state for far too long.

I am asking that he step out of the way of progress and stand for fairness; that he remembers he represents ALL Alabamians, not just the people who voted for him and his party. I am asking that he respects the rights of all voters to have an equal right to have their voices count in elections and be heard in policymaking. I make these requests not for self alone, but for all Alabamians.

And to my fellow Alabamians, remember that this is not just a legal issue – it is a citizenship issue. I ask that you make sure that you are registered to vote and when the time comes – vote.

In closing, it was once said that “The word ‘equality’ shows up too much in our founding documents for anyone to pretend it’s not the American way.” So, Attorney General Marshall, let’s not pretend anymore. Let’s do this the “American way” and forego providing the standard issue arguments, which at best are full of faulty logic and shaky reasoning; and at worst are modern examples of covert (or overt depending on who you are talking to) racism against minorities.

The judges ruled that a new map must be developed and approved by February 11, to allow candidates for Congressional seats to qualify for the 2022 primary election. The clock is ticking on making the decision as to what side of history you want to be on, Attorney General Marshall. The nation is watching and this small-town Representative from West Alabama who has the honor of serving as Chairman of the Alabama Legislative Black Caucus is watching too.