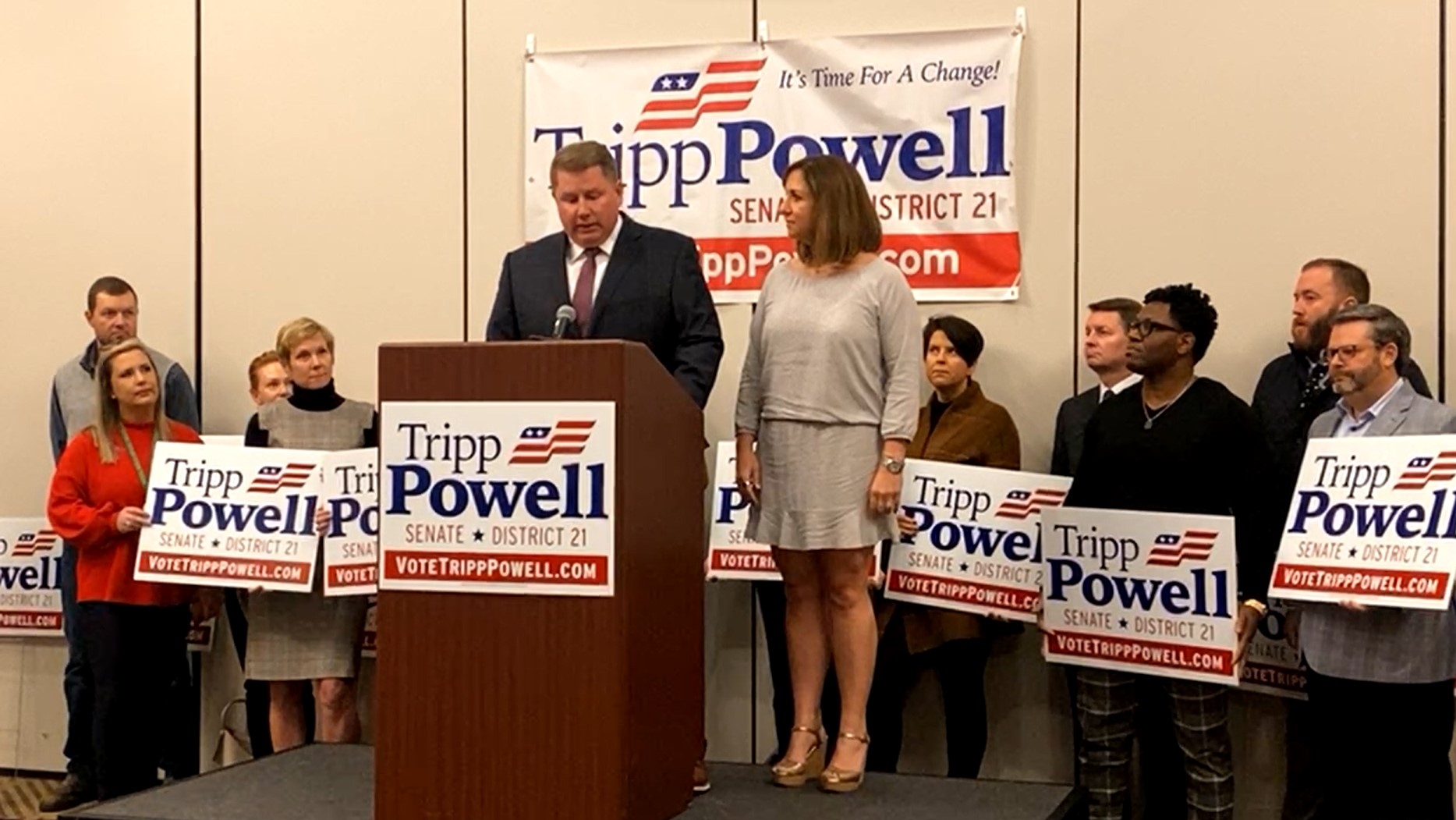 Republican Tripp Powell at a campaign announcement on Feb. 28, 2022.

Tripp Powell, a Tuscaloosa businessman and Republican candidate for the Alabama State Senate District 21, has ended his run for office after the Alabama Republican Party dropped him from the primary ticket, according to a statement from Powell’s campaign.

A $500 donation to Tuscaloosa Mayor Walt Maddox’s campaign for governor — during which he ran as a Democrat — proved the deciding factor in the 21-member inner committee’s decision to remove Powell from the ballot.

In an interview given to the Montgomery Advertiser, Powell insisted that he wasn’t an elected official at the time of his donation to Maddox’s campaign, and the rule, he felt, was not applied fairly in his case.

“I do not agree with the decision of this 21-person committee, but if I am, in fact, a Republican, I must agree with the process followed by the Republican Party. If I disagree with that process, then I should take steps to change it. But I can’t stop being a Republican,” Powell said in a Monday release. “It is with the deepest humility and gratitude that I thank those who have already shown support for our campaign. I believe with all my heart we would have been victorious. I will not forget you.”

Powell, a local businessman and former football player at the University of Alabama, said the decision to end his campaign is “against my nature as a competitor, as a fighter. But it is true to my nature and to my convictions as a conservative.”

“I am the same Republican today that I was two weeks ago,” Powell said. “I cannot – and I will not – become someone else just to seek election to this office.”