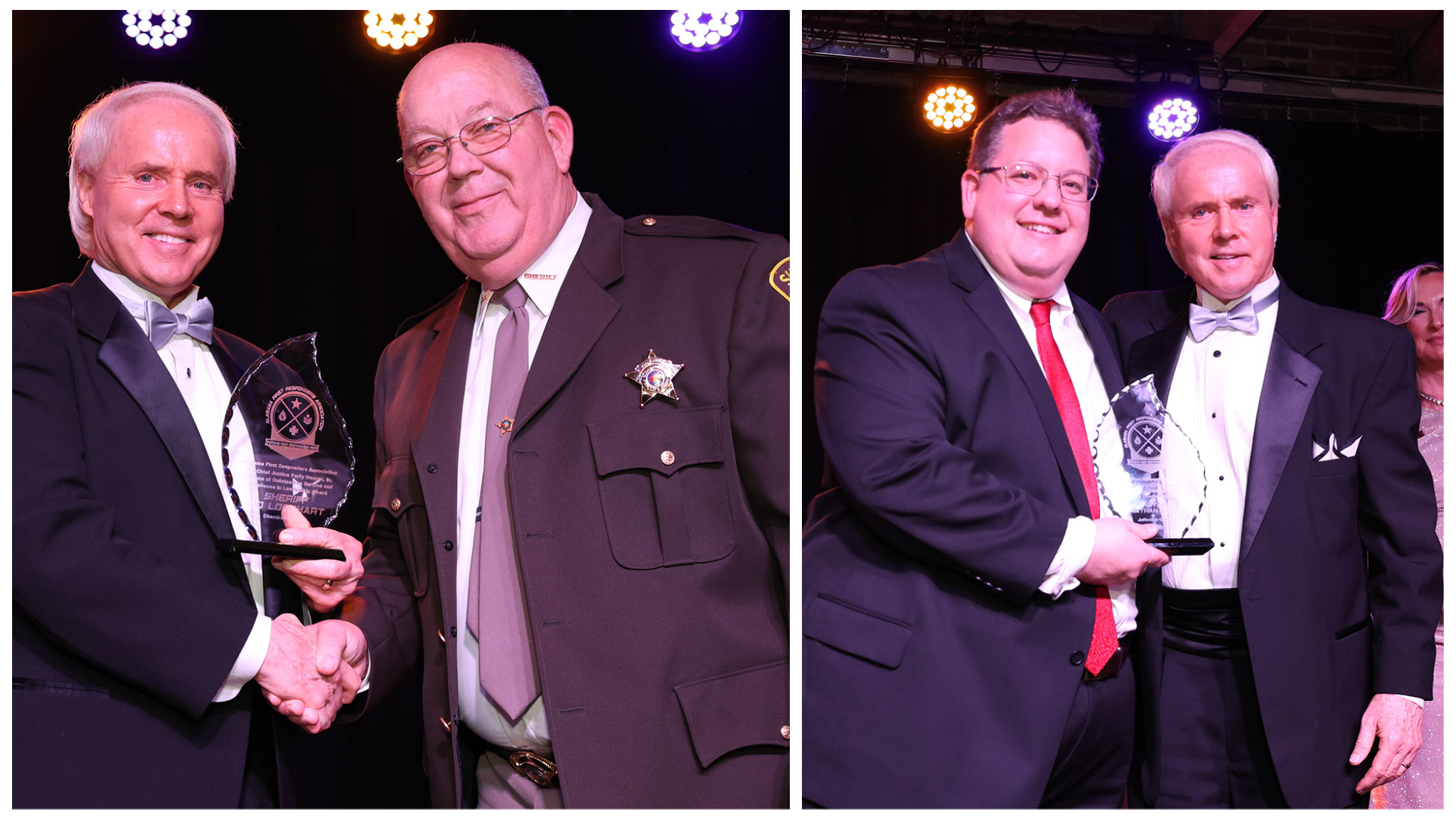 The event began with a prayer by Constable Jonathan Barbee and a moment of silence for fallen First Responders. Attorney General Steve Marshall sent a special welcome video message thanking first responders and honoring the sacrifices they make each day.

After Dr. Gorka’s speech, there were 12 awards given to the best in each category. Awards were presented by Angela McClure and AFRA board member, Brett Trimble.

“Thank you! I want to thank my wife. I also want to thank Major T.J. Wood, I have a great department and I wouldn’t have been elected this many years had it not been for my employees. I am nothing without them. Thank you to everyone putting on this program tonight. The speakers were fantastic and the food was excellent.” said Sheriff Lockhart upon accepting his award.

“It has meant the world to me to serve over the last ten years as a Deputy Constable and then a Constable. My wife and I had an opportunity to move back to Trussville, so I will be retiring at the end of the month. I’ve also recently been diagnosed with diabetes and it has been a struggle. This is the love of my life and I’m so glad to be here and I will always support First Responders. I want to thank my mom and dad and my wife. Thank you all so much and thank you to my Lord and Savior. This is truly a lifetime achievement award for me,” said Constable Barbee.

“My Dad died about 4 years ago and he was a Marine. He just loved men and women in uniform and he brought up me and brothers knowing that all of you put your lives on the line everyday for us. Thank you for this. God Bless the USA,” said Perry O. Hooper, Jr. after presenting the awards.

All awards were based on submissions to the association’s website by the general public.

“We are fortunate to have so many dedicated First Responders. This inaugural awards dinner was a success. We are proud of our nominees and our winners. We look forward to presenting awards to outstanding first responders again, next year,” says Angela McClure, Executive Director of the Alabama First Responders Association.

The U.S. Chamber of Commerce announced that U.S. Sen. Doug Jones, D-Alabama, was awarded the 2020 U.S. Chamber Spirit of Enterprise Award. This award...