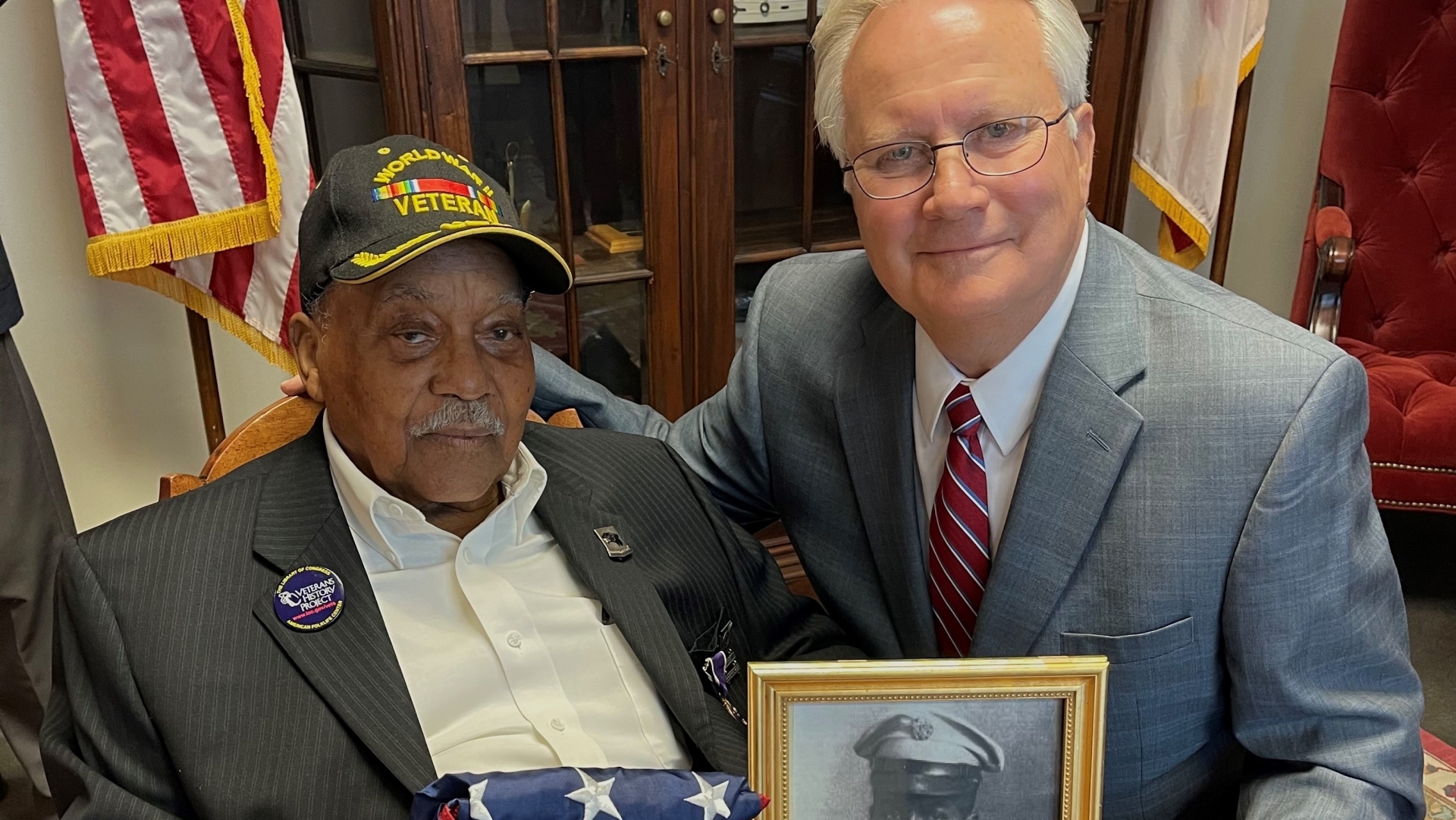 “Today, I was honored to present Cpl. Andry with a Purple Heart medal to recognize his sacrifice and dedication to the United States. Cpl. Andry truly embodies the patriotism, determination, and fighting spirit that defines ‘The Greatest Generation.’

Throughout the history of our country, America’s service members have put their lives on the line to keep the United States and our allies safe. Cpl. Andry – and the entire 761st Black Tank Battalion – understood that freedom is not free but is bought with a price. Thanks to their immense sacrifices, good triumphed over evil in World War II and the world became a safer place. We are forever grateful to them.”

Corporal Robert Curtis Andry was born and raised in Bucks, Alabama, and was drafted into the U.S. Army after high school graduation. Cpl. Andry was part of the 761st Black Tank Battalion, where he and his battalion modified their M4 Sherman Tanks to travel twice their original speed. This allowed them to outrun German Panzer and Tiger tanks. Their ingenuity earned the respect of General George Patton, who called them to spearhead his push into Berlin. While there, Cpl. Andry’s tank was ambushed, and it blew up with him inside it. After many harrowing hours battling life-threatening wounds, Cpl. Andry was rescued by medics. The 761st Black Tank Battalion went on to liberate 30 villages and multiple concentration camps. After returning from war, Cpl. Andry married Lily, his childhood sweetheart. They were married over 73 years until God called her home.