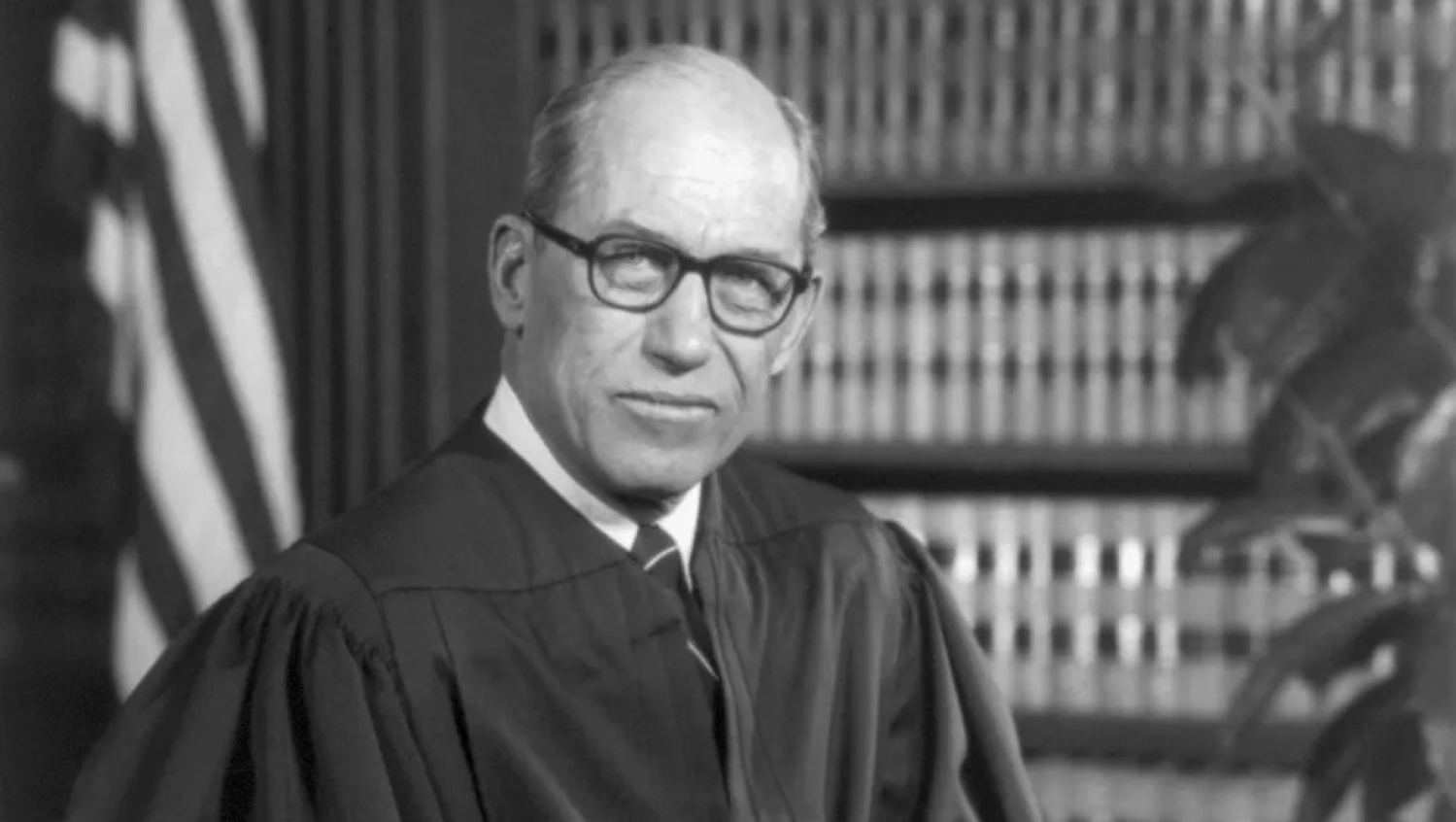 It was no surprise when 60 years ago President Kennedy nominated Byron White as an Associate Justice of the United States Supreme Court.

With few detractors and almost nationwide acclaim, White was almost everyone’s choice, and his confirmation was dizzying.

Nominated on April 3, his judiciary committee hearing began just eight days later. After White testified for 15 minutes, his nomination was unanimously approved and immediately moved to the Senate floor, where he was confirmed by a simple voice vote.

On April 16 – less than two weeks after his nomination was announced – White took the oath of office.

During his 31 years on the Supreme Court, Justice White did his best to remain obscure. He loathed the press, rejected all attempts at biography, and even destroyed his personal papers. He considered his 994 opinions as the best expression of his judicial philosophy.

Though little-known today, White was once a household name – a sports hero whose fame and name identification rivaled anyone appointed to the court before or since.

Typifying what would now be referred to as a scholar athlete, White was a halfback at the University of Colorado, leading his team to an undefeated regular season followed by post-season play in the Cotton Bowl.

Nicknamed “Whizzer White” because of his swift rushing ability, White was the runner-up for the 1937 Heisman Trophy.

At the ripe age of twenty-one, he faced a critical decision. He was nominated for a Rhodes Scholarship but was also drafted by the nascent NFL Pittsburgh Pirates and offered the highest salary in the league. White considered his options and decided to do both, committing to play professional football in the fall and then head to Oxford when the season ended. Solving this personal dilemma would portend his practical way of handling cases.

White’s matriculation at Oxford was cut short when World War II began in Europe. He enrolled in Yale law school and used his earnings from professional football, which he continued to play, to fund his tuition.

Following the Japanese attack on Pearl Harbor, White left law school and joined the navy. He served in the Pacific as an intelligence offer and was assigned to debrief a young John F. Kennedy when his PT boat sunk. At war’s end, White completed law school graduating first in his class and earning a clerkship with Chief Justice Fred Vinson.

He eventually returned home to Colorado, where the economy was booming. White developed a successful law practice negotiating contracts and closing transactions for businesses and investors. His courtroom experience was limited to a handful of minor criminal cases.

While never a candidate, White was active in the local Democratic Party, working on any number of campaigns and using his celebrity status as a football hero to lend credibility to the candidates he supported.

One candidate, in particular, needed credibility by association.

John F. Kennedy was a backbench U.S. senator from Massachusetts, and few in Colorado, much less the western United States, had any idea who he was. In searching for someone to organize his presidential campaign in the West, Kennedy’s advisors chose White. It turned out to be a brilliant decision, and as the campaign developed, White grew close to the Kennedy family, which came to rely upon him for solid, practical advice.

Once Kennedy was elected, White’s raw organizational intelligence and managerial skill earned him a job in the administration. The Kennedys’ realized that White could run the Justice Department while Bobby held the title of Attorney General and worked on other matters.

As Deputy Attorney General, White handled the day-to-day operations of the Justice Department, hired staff, and organized the bureaucracy to support President Kennedy’s agenda. His work gave him a very high profile, especially with members of Congress who wanted certain constituents appointed to positions within their states.

And so, when a vacancy occurred on the Supreme Court, he was the president’s confidential first choice, but before White could be officially nominated, other candidates, for publicity’s sake, had to be vetted. As a result of this process, Kennedy was confronted with the opportunity to appoint the first African-American as a Supreme Court justice.

During the presidential campaign, Kennedy had proactively worked to earn the support of Martin Luther King, Jr., and other prominent Black ministers throughout the South, but, in return, they demanded more than lip service to promoting civil rights and appointing minorities to office. With the first Supreme Court vacancy, Kennedy was worried that Dr. King might demand the nomination of Judge William Hastie, but King never expressed disappointment with White.

While White’s nomination was well-received, a few detractors worried that his lack of courtroom experience and judicial service might prove detrimental. In addition, no one could determine if he would be a liberal or conservative jurist, and when asked to define the role of the Supreme Court, White simply replied, “to decide cases.”

White became the justice liberals loved to hate and conservatives hated to love. No doubt Kennedy supporters were disappointed in his dissenting opinions in landmark cases like Miranda and Roe. But conservatives, too, would find White’s jurisprudence hard to embrace when he approved affirmative action in higher education, agreed with campaign finance regulation, and ruled Georgia’s death penalty to be unconstitutional.

When he announced his retirement, the press was elated to see him go. His decisions were viewed critically, and his career on the court seen as the one blight tarnishing the Camelot myth.

The enigma of Byron White may be that in an age of celebrity judges, high stakes confirmation hearings, arguments over judicial philosophy, and national political groups funding campaigns to oppose and support a nominee, he was a judge who merely wanted to decide cases.

He eschewed pontificating on various high-minded principles, did nothing to court favorable public approval and left no record of his means or methods of reaching decisions. Much like Sir Christopher Wren’s tribute in St. Paul’s Cathedral in London, “If you seek his monument, look around you,”