​​“The bill passes with a favorable report.” House Judiciary Chairman Hill’s voice showed no enthusiasm. The air was heavy. I put my head in my hands, felt the brief warmth of my escaping tears and willed the remainder to stay away. Again, the Alabama Legislature may soon send a truly painful piece of legislation to Governor Ivey. Hours of debate by a thoughtful Judiciary Committee reached two stark points of bipartisan consensus. HB266/SB184 was among the hardest bills they had ever been asked to consider and also among the worst.

Alabama’s Vulnerable Child Compassion and Protection Act (VCAP) would criminalize the few pediatricians providing youth-focused gender-affirming healthcare. Medical care about which most state lawmakers previously knew nothing. Nuanced, evidence-based care for youth whose gender identity doesn’t align with their sex assigned at birth. Care delivered on a subspecialty level, deeply studied and continually refined. As one of those providers, I sat in attendance. I saw elected public servants abruptly forced into critical medical decision-making. The knowledge they needed is imparted during medical school, residency and molded by years of clinical care and voluminous literature review. It is impossible to acquire in a few weeks. Yet our legislative processes thrust them into this conundrum. Their disdain was palpable in the weight of the moment’s silence.

In that chamber, House Judiciary’s lawmakers were stewards of the venerated police power delegated to State Governments by the Constitution. When local or regional events threaten public safety, state legislatures may regulate private rights in the public interest. Examples include Covid stay-at-home orders and California’s strict vaccine mandate following the 2015 Disneyland measles outbreak. Does the tiny population of gender-diverse kids, some 1% of Alabama youth, and their decades-old standard of care medicine represent a true danger to public safety or security? Emphatically, no. To legitimize abuse of this power, precariously transgresses state entitlements consigned within our Constitution.

Back in clinic, I met 11-year-old Phillip. A kind boy assigned male at birth, yet never felt male within his heart, brain and soul. Their parents, well aware of their child’s sadness, academic decline and atypical reclusiveness were relieved when Phillip told them of this emerging sense of gender. Using gender-neutral pronouns and allowing greater leeway in clothing choices was bringing back the Phillip they missed. They had come to our clinic hoping to better understand this journey. They found relief in a team of doctors to guide, not admonish them. No medicine was indicated, support resources and affirmation were discussed at length. With me in private, Mom’s watery eyes became a torrent of tears when she related trepidation for Texas’ stance toward parents like her. Could Alabama DHR take Phillip away?

This family, like hundreds of Alabamians, are debating relocation out of the state they love and call home, to ensure their trans or non-binary child receives the affirming healthcare which renders them whole. These parents are loving. They come from every corner of Alabama. They may worship next to you. They may be your child’s teacher, doctor, coach or favorite shopkeeper. They no more chose this than we choose each day which hand to write with.

When culture wedge issues become political wedge legislation, nobody wins. If the Alabama Legislature holds dear the conservative bedrock of limited government and individual rights, I implore them to turn their backs on such bills, including VCAP. Lead by example. No Legislature should be any child’s first or worst bully.

Dr. Morissa Ladinsky’s views are those of the author, and do not represent her institutions. 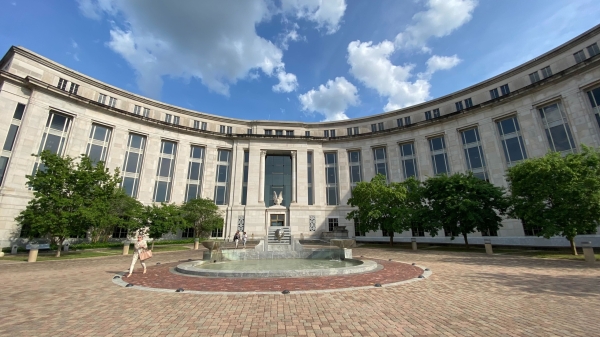