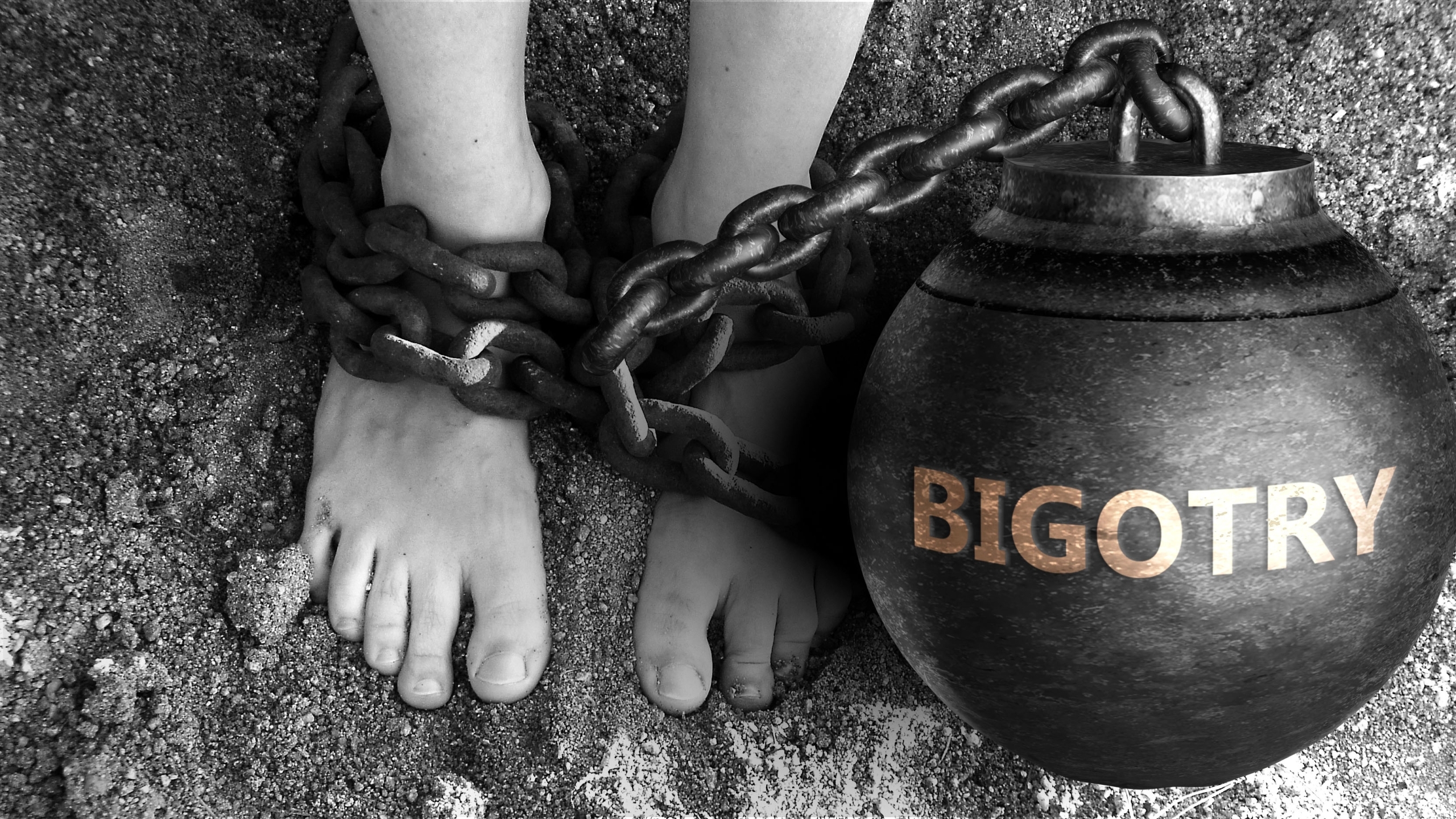 The Alabama Legislature is the Tim James of gender identity: Closed-minded, punitive, cruel, stupid. Knowledge may enlighten them, and God knows for them, an enlightened person is a dangerous, scary person.

That enlightened person may ask hard questions, and those hard questions will absolutely flabbergast and confuse most Alabama lawmakers. Certainly Tim James.

James is running for governor. He doesn’t stand a snowball’s chance in hell of winning, but that doesn’t stop him from broadcasting homophobic, misleading, and outright fraudulent television commercials.

James is so afraid of gay, lesbian, and transgender kids that he intentionally, dangerously maligns them. But don’t forget Fob James, Tim’s father, who is among the worst governors in Alabama history. James’ first term as governor, as a Democrat, was mediocre, because all we’d had up to that point in the 1960s and 1970s was mostly George Wallace as governor, the Bigot King. Then, in Fob James second term, this time as a Republican, James was, well, just an idiot.

And we all know the Idiot doesn’t fall far from the Idiot Tree. Thus, Tim James.

James, for example, claims Homewood’s Magic City Acceptance Academy is a transgender public charter school. It is not, no more than any other public school.

MCAA is a public charter school, grades 6-12, open to any student. Period. Some students identify with the LGBTQ-plus community. Some are special needs. Some are students bullied in other school systems for any number of reasons. Some just don’t fit in elsewhere. MCAA has a diverse student body – like most public schools.

The difference is students aren’t picked on because of their differences. MCAA is a safe place for any child to learn. Sadly, we can’t say that for every student in the vast majority of public schools, but they all have gay, lesbian, nonbinary, transgender, and bisexual students.

James’ vitriolic ads have put MCAA in such a spotlight that students can’t even eat outside their building anymore because of people driving around the school gawking, with many taking photographs. The harassment is a direct result of James’ bigotry – and the blind bigotry of thick-headed people who understand very little about the world they live in.

So now, the Alabama Legislature has passed, and Gov. Kay Ivey has signed into law, measures that will prohibit teachers in elementary school from mentioning sexual orientation (“don’t say gay”) to their students and keeping them uneducated (stupid) about the variety of people who live in their cities, state, and nation. Of course, kids don’t care; they’ll learn what they need to know from the “streets,” just as many of us did about the “birds and the bees” because our parents were too afraid to have THAT discussion with us.

To pile on, Ivey also signed a terrible bill into law that’ll make it a crime for physicians to provide gender-affirming medical care to transgender teens. UAB has a well-respected, nationally known gender clinic, but where their doctors and mental-health workers will go from here is a question. Being liable for being convicted of a felony, spending time in prison, and paying a huge fine could be a deterrence to decent health care for certain children, kids who already are members of a marginalized group that has above-average rates of suicide.

Yes, the Alabama Legislature and Tim James, all for political reasons, don’t mind being responsible for killing teenagers. Indeed, at the end of the legislative session, they were basically cheering their appalling deeds.

Of course, there are always unintended consequences to most any bill this awful Legislature passes. That’s right – they cannot get their jobs done either correctly or efficiently.

But this transgender medical prevention bill puts into doubt whether intersex children – those babies born with both male and female sexual organs – can be surgically repaired, if a doctor and parents agree that’s in the child’s best interest.

The transgender medical prevention bill is called Alabama Vulnerable Child Compassion and Protection Act, but I call BS on that. It does nothing to protect vulnerable children, but instead marks them as youngsters who must have something wrong with them, thus the high suicide rates.

(Hey lawmakers: How about doing something about all the Alabama children living in poverty, kids who aren’t guaranteed a healthy meal each day, kids who don’t have medical insurance, children who must stay in sketchy day cares because the state doesn’t help their poor parents pay for better. We could go on.)

No doubt, James and lawmakers are proud of themselves, though. They haven’t accomplished anything, of course, except please homophobes and jihadist Christians. This, like so many dumb laws passed by the Legislature, will be tossed out by federal courts, but only after Alabama spends no telling how much money daring to defend its wrongs and making all of us look like fools.

Wes Allen (R-Bigot), the bill’s House sponsor, showed how thinhis knowledge of the issue is when he said this: “Their brains are not developed (enough) to make the decisions long term about what these medications and surgeries do to their body.”

Certainly true, especially with younger children. That’s why their parents and highly qualified physicians, like those at UAB’s gender clinic, are there to guide them, to make sure these kids understand what is happening to them, and to steer them away from suicidal thoughts and actions.

Allen and the Bigot Caucus care not about that. They only care about getting votes. They are awful human beings, as they’ve shown year after year. Transgender kids and adults are theirtarget this year. Some of those “vulnerable” children will likely die because of this law.

But it’ll be some other next year. Maybe immigrants again. Or independent women. Perhaps another go at African-Americans. I don’t think Alabama has an anti-Asian law, so maybe Asians.

There’s always somebody else. Until we get rid of a whole lot of bigots in the Legislature and elsewhere, there always will be.