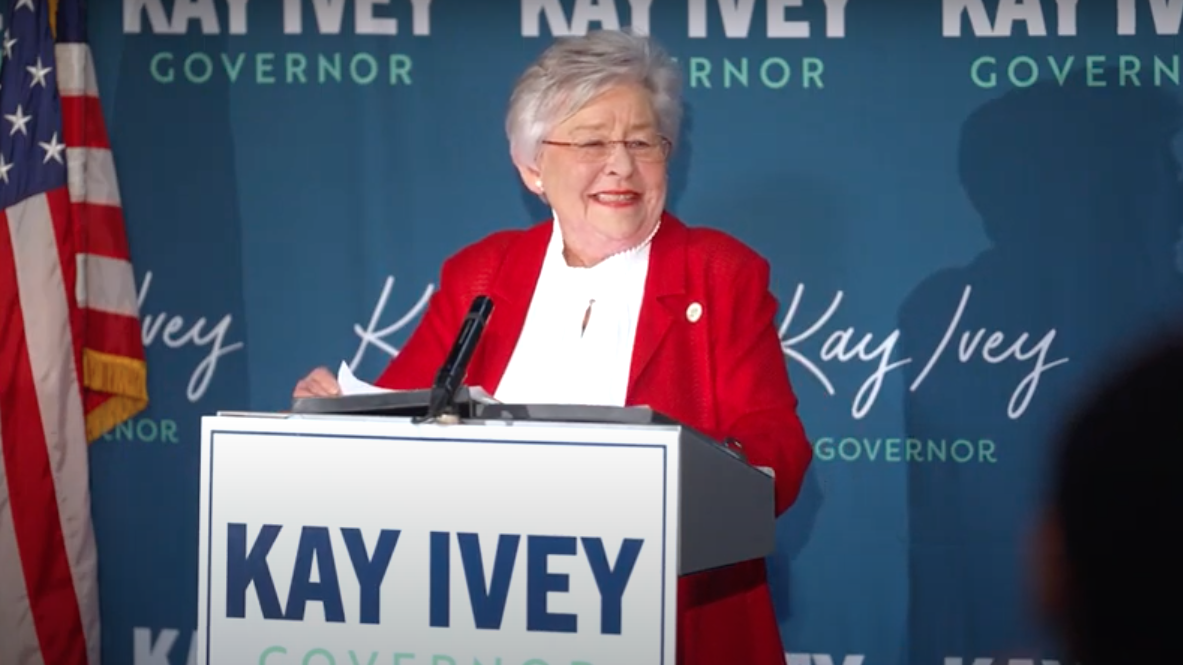 Alabama Governor Kay Ivey has won the Republican primary for governor for a second time, putting the incumbent governor on track to win a likely second full term after the general election in November. Ivey became governor in 2017 after the resignation of her predecessor, Robert Bentley, and secured her first full term in the 2018 election.

With more than 50 percent of the vote, Ivey easily secured the nomination without a runoff.

After a brief introduction from former Chief of Staff Joe Bonner, Ivey addressed a patient gaggle of staff and supporters at the Renaissance Hotel in Montgomery.

“Your thoughts, your prayers, your support, and your votes have allowed us to win the Republican Primary tonight outright,” Ivey said. “I thank you with all my soul.”

Ivey said she appreciated her opponents and looks forward to working with them to “continue to move Alabama forward” and continued to praise recent economic growth and historic low unemployment rates in the state.

“We’re going to fight every day to continue to make Alabama the best state in America to live, work, raise a family, and, yes, play football,” Ivey said.

Ivey announced her bid for re-election in June of 2021, with her campaign emphasizing the state’s historic low unemployment and post-pandemic economic recovery. Not straying from nationalized Republican talking points, Ivey criticized vaccine mandates implemented by the Biden administration, continues to support the overturning of Roe vs. Wade, and has promoted the state’s recent ban on the teaching of Critical Race Theory in Alabama Public schools.

“I going to fight every single day to make sure that the disaster we see playing out in Washington D.C under Joe Biden never takes root in Alabama,” Ivey said. “I will continue to be President Joe Biden’s biggest roadblock.”

It’s unclear who Ivey will face in the November general election. Yolanda Rochelle Flowers, an educator and speech pathologist from Birmingham, and Malika Sanders-Fortier, a state senator for Selma and daughter of nine-term state Sen. Hank Sanders, D-Selma, are headed to a runoff in the Democratic primary for governor.