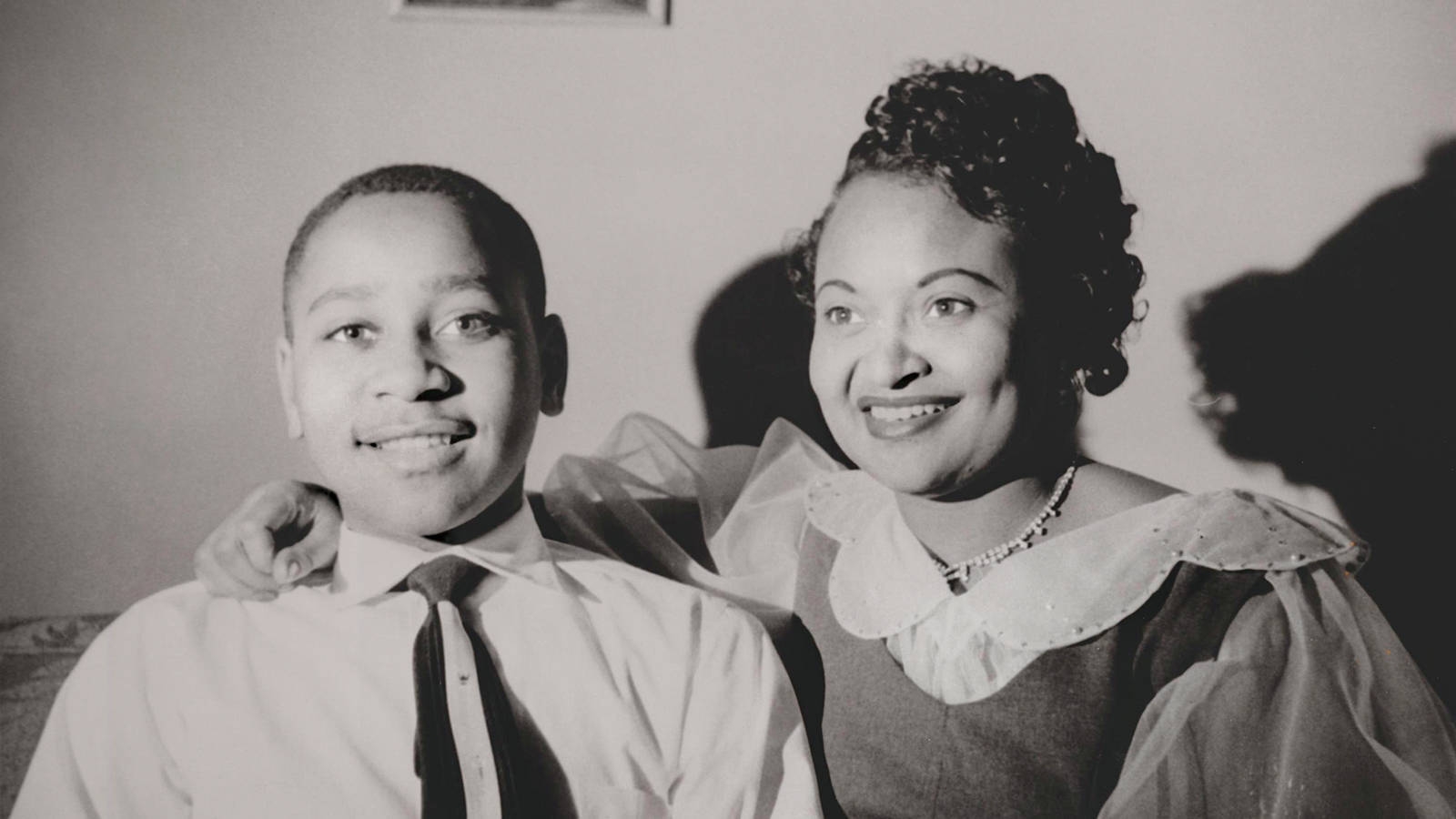 Emmett Till and his mother Mamie Till in 1950.

Steve Kerr, the coach of the Golden State Warriors, could barely keep it together at a press conference before Tuesday night’s Western Conference Finals game. “When are we going to do something?!” he shouted.

Kerr wasn’t talking about basketball. He was referring to the mass shooting earlier that day at the Robb Elementary School in Uvalde, Texas. At least 19 students and two teachers were killed by an 18-year-old shooter, who was killed by law enforcement officers on the scene.

At his press conference, the coach referenced other recent shootings in Buffalo, N.Y., southern California and elsewhere. He also referenced HR8, also known as the Bipartisan Background Checks Act of 2021. It passed the House in March of 2021.

The bill prohibits private parties from gifting or selling a firearm unless a licensed gun dealer, manufacturer, or importer is involved in the transaction to conduct a background check. It wouldn’t apply to certain exchanges, such as a husband giving a wife a weapon.

“I want every person listening to think about your own child or grandchild, or mother or father, or sister or brother,” Kerr continued. “How would you feel if this happened to you today? We can’t get numb to this.”

Unfortunately, Kerr’s warning is too late. We’ve been numb for a while.

Maybe not as individuals. Kerr certainly isn’t. He yelled and slammed his hand on the table as he spoke. And when he finished, he raised his voice again before storming out of the press conference, not pausing for any questions.

President Biden isn’t numb either. In his brief address to the nation later that night, he seemed profoundly sad as he asked for all of us to advocate for “common sense gun laws.” As we all know, Biden personally knows the unique grief that comes from losing family members tragically. He’s had to live with it since his first wife Neilia and daughter Naomi were killed in a car accident in 1972.

Kerr also knows this particular grief well. His father, Malcolm H. Kerr, was assassinated in 1984 by extremists while president of the American University of Beirut. The display of anger and pain, punctuated by his quivering lip and watery red eyelids, was real.

No, Kerr and Biden aren’t numb. But what about the rest of us?

This year alone, we’ve had 213 mass shootings – leading to 429 children being killed or injured. These shootings also brought death or injuries to 1,813 teens, 148 law enforcement officers and 344 suspects.

In 2020, there were 611 mass shootings which caused 999 children and 4,142 teens to be killed or injured. These statistics come from the Gun Violence Archive, a nonprofit independent data collection and research group that analyzes and aggregates information from over 7,500 law enforcement, media, government and commercial sources every day.

Go back even further than 2020. The numbers are no less troubling.

Yes, we are numb. We have been duped into believing that death is the cost of doing business in a free America. Some lives will have to be lost so the rest of us can live free to buy and carry guns.

I propose the Mamie Till solution. Mrs. Till was the mother of 14-year-old Emmett Till, the black child from Chicago who was lynched down in Mississippi in 1955. The white men that killed him thought he had flirted with a white woman and therefore deserved to die.

Mrs. Till was not numb.

She turned her brutal grief into justice by insisting that the casket be open at Emmett’s funeral. She didn’t want his faced restored in any way.

Mrs. Till wanted the world to see what had been done to her baby.

Maybe that’s what we need to shake off our numbness about these mass shootings. Maybe we need to see the bullet-ridden bodies of babies. The fractured skulls of teens. The disfigured faces of loved ones.

Maybe that will shake the Senate out of its stupor. Prick the conscience of the shameless gun lobby that profits on American bloodshed.

But if some mother does it, maybe – just maybe – we won’t be numb anymore.

In this article:Bipartisan Background Checks Act of 2021, Emmett Till, Featured, gun violence, HR8, Mamie Till