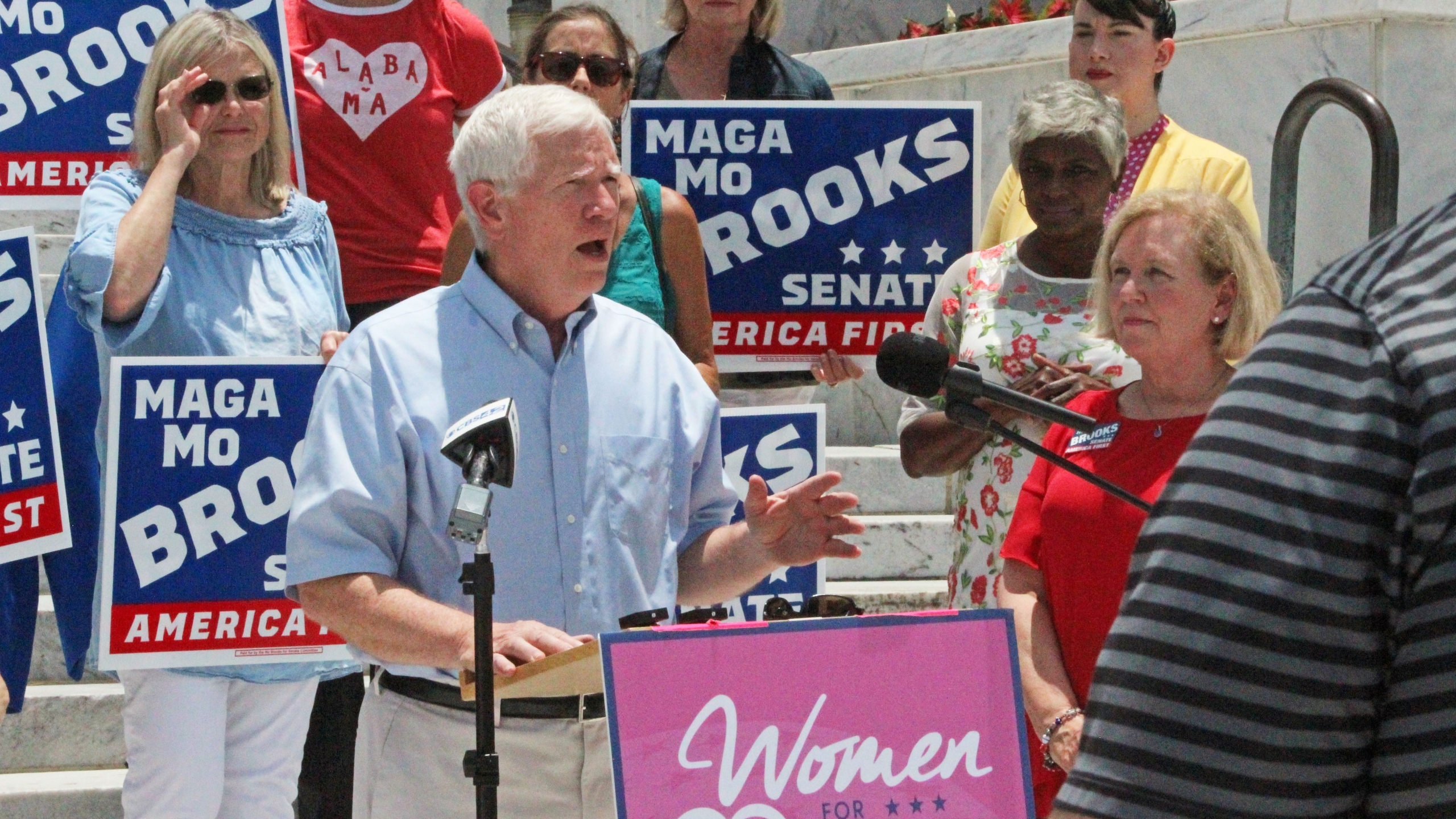 Mo Brooks speaks at a press conference announcing the "Women for Mo" coalition on the Alabama Capitol steps on Friday, June 10.

“This is a corrupt process that the Democrats have put together,” Brooks told reporters. “No court of law would ever permit this kind of process to discern what the truth is.”

The comments came after Brooks announced his “women for Mo” coalition in partnership with Women for America First, an organization involved in the rally preceding the Capitol attack.

“That means that you’re having a one-sided, lynch mob type of mentality instead of a true search for the truth,” Brooks said.

Amy Kremer, chairwoman of Women for America First, led the Montgomery event and defended her and Brooks’ actions on Jan. 6.

“I‘ve given them everything and I will do it over and over again because I have the truth on my side,” Kremer said, referring to her subpoena from the committee. “Mo has the truth on his side.”

About 15 women were gathered on the steps of the Alabama Capitol to support Brooks.

“I have never seen as much legal and illegal corruption in any governing body as I have seen in Washington D.C.,” Brooks said. “If you want to be chairman of a major committee in the House of Representatives the first thing you have to do is come up with a million dollars, that’s the bid process.”

The only place to turn is special interest groups, Brooks said, who in turn want a quid pro quo.

“I get how taking taxpayer money and putting it in your pocket makes you more profitable and makes you wealthier, but tell me, how does that help America?” Brooks said he tells the special interest groups. “How does that help the average Jane and Joe citizen who are struggling to make ends meet?”

Brooks framed the monetary support for the Katie Britt campaign as evidence that the special interests groups believing they could control her.

The winner will be decided in a runoff on June 21.