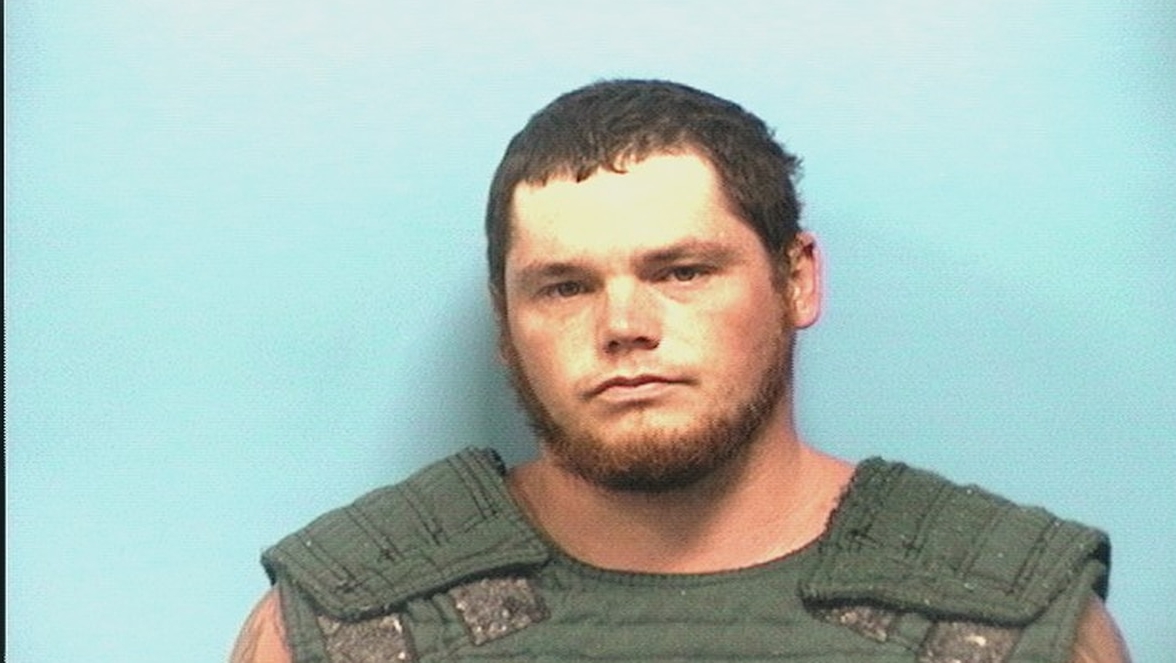 Inaction and continual missteps by state and county officials are likely the reasons that Austin Patrick Hall, a capital murder suspect in the June shooting death of a Bibb County Sheriff Deputy and the attempted murder of another, was allowed early release on good-time served despite numerous infractions committed in and outside prison, according to documentation and court records obtained by APR.

Since the capital murder charge was levied against Hall in early July for the shooting death of Bibb County Sheriff Deputy Brad Johnson, policymakers have used his release through the state’s “good time” laws — which reduces select incarcerated individuals’ sentences based on good behavior — as an example of why incentive time laws need to further constricted or removed altogether.

“Alabama’s justice system failed the Bibb County Sheriff’s Office and Deputy Brad Johnson,” said Alabama Attorney General Steve Marshall in a statement released in early July. “I stand ready to partner with the Alabama Legislature to correct these deficiencies at the earliest opportunity and will continue to fight against any effort to further weaken Alabama’s criminal justice system.”

This, despite the fact that the ADOC seemingly ignored Alabama state code in failing to forfeit Hall’s accrued good time served after he escaped from a Camden work release facility three years before the officer-involved shooting in Bibb County.

On Oct. 6, 2019, Austin Patrick Hall escaped from the Camden Work Release Center in Wilcox County, evading both state and federal law enforcement officers for over a month before being re-captured on Nov. 11, 2019, in a high-speed chase that stretched into western Georgia.

Hall was later charged with multiple criminal offenses, including the theft of a Ford Explorer belonging to the city of Oxford, in which he made his escape. While booked in the Calhoun County Jail, Hall received credit for good time served despite gaining an increasing number of criminal charges against him.

Due to increases in COVID-19 cases in other state facilities, Hall would remain at the county jail for approximately two years.

According to Alabama Code Title 14, related to state correction and detention facilities, if an incarcerated individual “commits an offense or violates a rule of the Department of Corrections,” all or some part of their correctional incentive time gained before the time of the infraction “shall be forfeited.”

Despite the code’s mandate, Hall’s good-time served was never voided by ADOC.

Court records submitted to Alacourt on Friday show that Hall was charged with escape by ADOC on Oct. 7, 2019, the day after he escaped from the Camden Work Release Center. This was later confirmed to APR by an ADOC spokesperson on Monday.

Over a week prior to the court documents being made available through Alacourt, the Wilcox County DA’s office told APR that the office had received notice on April 7 that Hall had been charged with escaping — approximately two years and six months after the fact — and that the charge would be included in an upcoming grand jury in the county.

According to the documents released Friday, the escape charge and the warrant for his arrest were filed and originated in Wilcox County. In prison escape cases, the individual is charged in the county where the facility they escaped from is located.

Alabama 4th circuit District Attorney Michael Jackson, who represents Bibb, Dallas, Hale, Perry, and Wilcox counties as their district attorney, said in an interview with APR on July 21 that he knew that there were warrants issued related to the escape charge but didn’t know whether they had been served since Hall was already incarcerated at the Calhoun County Jail.

A copy of the warrant for the escape charge against Hall obtained by APR shows that in 2021, Wilcox County Sheriff Earnest Ivey Evans executed the warrant on Nov. 1 of that year while Hall was incarcerated at the Calhoun County jail.

As of this year, neither Wilcox County nor any other entity has prosecuted Hall for the escape, with an ADOC spokesperson stating to APR on Monday that the case is pending a trial.

While Hall was incarcerated at the Calhoun County facility, he assaulted a Calhoun County Sheriff’s Deputy on Feb. 13, 2020. Hall allegedly grabbed the deputy’s throat and threw him to the ground after the deputy prevented Hall from leaving his cell, according to court documents of the incident.

In an open records request obtained by APR that requested all documents related to Hall’s imprisonment, escape and possible criminal incidents in prison, the only document provided by ADOC was an eight-page classification summary of Hall completed on Sept. 20, 2019, approximately three weeks before his escape, which makes no mention of any disciplinary write-ups or infractions committed.

In the request, ADOC did not provide records related to his time at the Camden Work Center or any calculations of good time served on his sentence.

As of Tuesday, ADOC has still not provided a reason as to why Hall was allowed to be released on good-time, despite committing multiple crimes while incarcerated that would normally prevent incarcerated individuals from being released early.

In a statement provided to APR on Monday, a spokesperson for the Alabama Attorney General’s office said that Attorney General Marshall is “deeply concerned” with both the apparent failure to “timely charge the inmate with escape” as well as “the failure to use the inmate’s escape as a basis for revoking his good time” prior to his release in April.

“While the Office is still gathering information on how and why these failures occurred, each contributed to the defendant’s release, as did other circumstances presently under review,” the spokesperson said.

The next hearing in Hall’s capital murder trial is scheduled for Sept. 29 of this year in Bibb County.