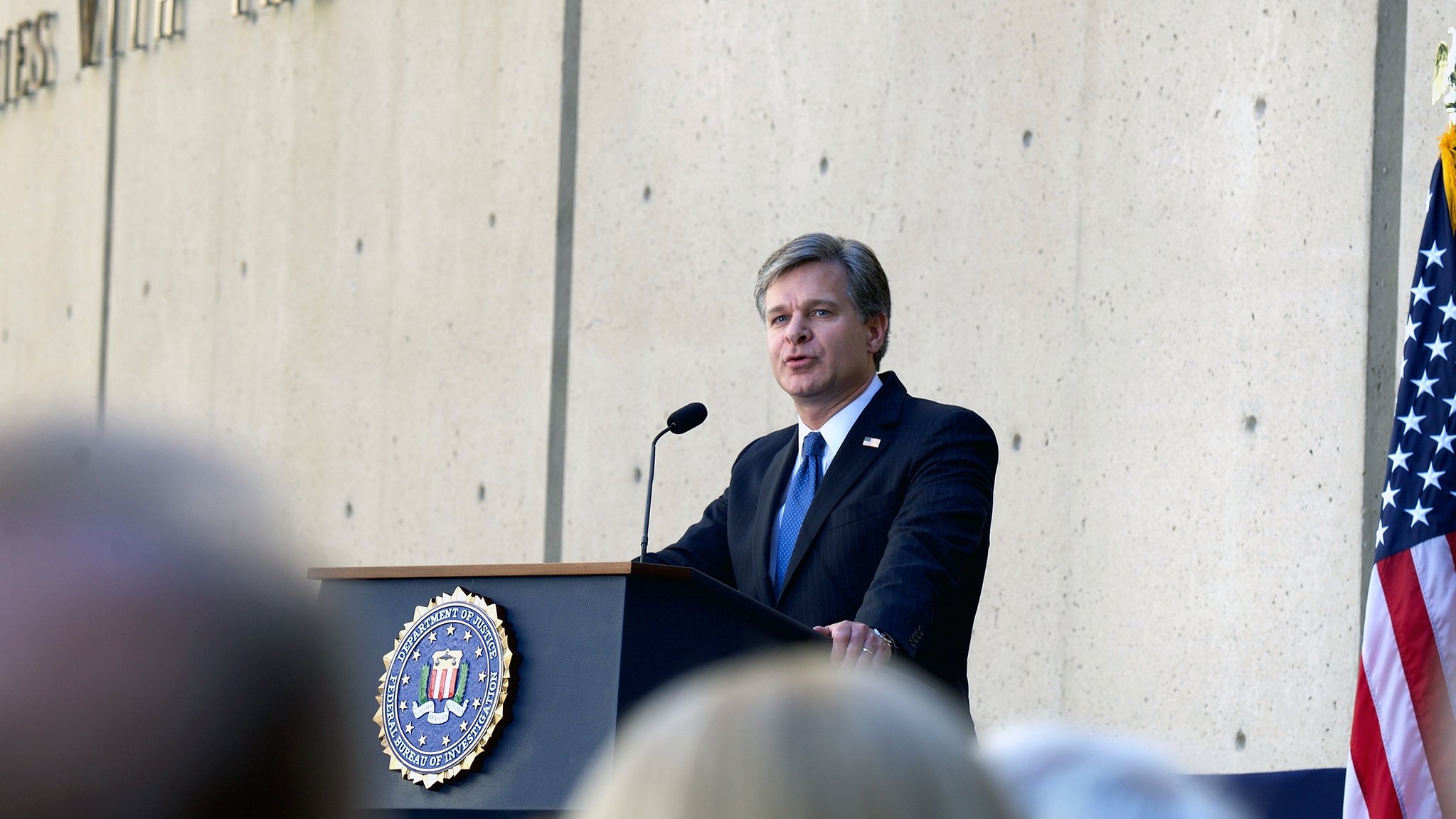 Federal Bureau of Investigation Director Chris Wray dismissed attacks on the FBI’s integrity and defended the bureau in the wake of the raid on the residence of former President Donald Trump in Palm Beach, Florida, according to a statement released on Friday.

“Unfounded attacks on the integrity of the FBI erode respect for the rule of law and are a grave disservice to the men and women who sacrifice so much to protect others,” Wray said in a statement released on Thursday. “Violence and threats against law enforcement, including the FBI, are dangerous and should be deeply concerning to all Americans.”

Trump nominated Wray to be FBI director in 2017 after dismissing former director James Comey. The Senate confirmed Wray’s nomination in a bipartisan vote of 92 to 5.

Since the raid, both state and national lawmakers have sharply critiqued the search of the former president’s residence. Alabama Lt. Gov. Will Ainsworth in a tweet said the raid was similar to the “kinds of political attacks take place in Third World banana republics” and described it as “unconscionable.”

Congressman Gary Palmer, R-Alabama, said the raid by the FBI on Trump’s residency “further erode confidence in what used to be one of the most well-respected law enforcement agencies in the world” and stated there was a double standard with how the DOJ handled the possession of classified emails on a private email server by Hillary Clinton while she was secretary of state and Trump’s alleged possession of classified documents.

On Thursday, a man with alleged ties to extremist political groups attempted to break into the FBI’s Cincinnati field office before exchanging gunfire with police after a chase ensued. The man was shot dead by police after a standoff near Wilmington, Ohio.

“Every day, I see the men and women of the FBI doing their jobs professionally and with rigor, objectivity, and a fierce commitment to our mission of protecting the American people and upholding the Constitution,” Wray said. “I am proud to serve alongside them.”

Attorney General Merrick Garland and Justice Department lawyers on Thursday moved to unseal the search warrant executed in the raid on Mar-A-Lago Sunday, a move that the former president said he would not oppose.

Among the documents allegedly sought by federal agents in the raid on Sunday were classified documents related to nuclear weapons, according to The Washington Post on Thursday, that, if true, would place those materials at Mar-a-Lago among “the highest classification level,” a former Justice Department chief for counterintelligence section told the Post.