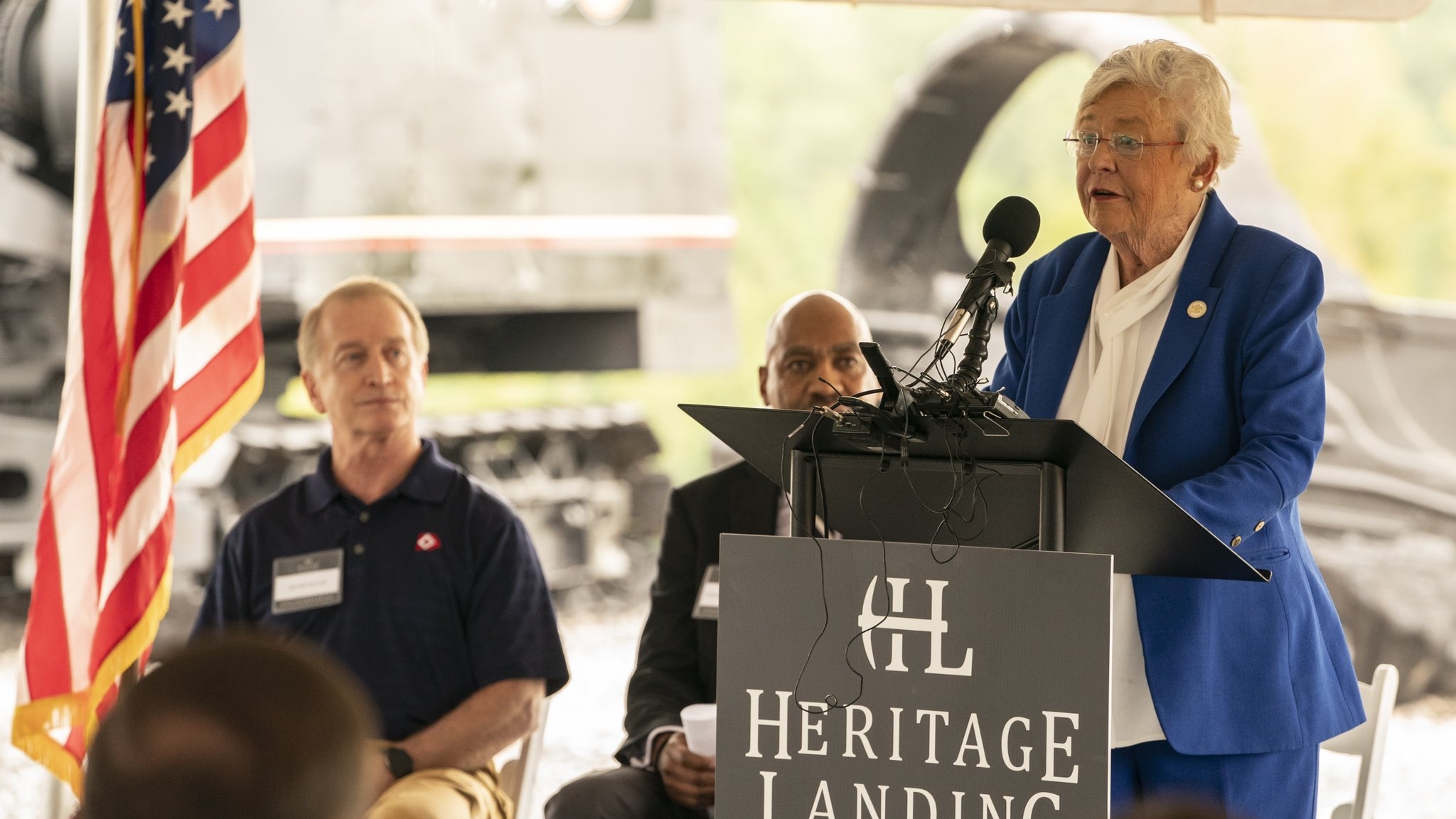 The Heritage Landing development site is approximately 50-acre of un-reclaimed land near the town of Dora in southern Walker County, just off exit 78 on I-22 northbound. The site is also within close proximity to a Class 1 rail line.

“I was proud to join the Walker County Development Authority and Drummond Company to break ground on the new Heritage Park. No doubt, this visionary project is the result of teamwork and innovative thinking, both of which are necessary for Alabama to continue achieving success,” Ivey said in a statement released Wednesday. “As someone who is the proud daughter of rural Alabama, I will continue to champion growth for every corner of our state, and it begins with projects like Heritage Landing. Yet again, Walker County and Alabama are taking a major step forward.”

Drummond received a $3 million grant from the Alabama Department of Labor’s Abandoned Mine Land Revitalization Program, a program using federal funding approved by the U.S. Department of the Interior’s Office of Surface Mining Reclamation and Enforcement. The federal money is to be used for the land reclamation on the site.

The land, while now owned by the Drummond Company, was extensively mined in the early to mid-20th Century by companies that no longer exist. Drummond never mined the site, per a release.

A tenant for the site is yet to be chosen, with the first phase of development meant to lay the groundwork for future designs and plans the eventual tenant will choose. Partners, including Alabama Power, will provide electric, water, sewage, and high-speed broadband internet access to the property, according to the Alabama Department of Labor. The development of the site is expected to complete its first phase in 2024.

“The work our Abandoned Mine Land Program does is essential in ensuring that old, dangerous mines are properly reclaimed, which eliminates safety hazards and allows the land to be re-developed,” said Secretary Washington in a statement released on Wednesday. “In addition to cleaning up this site and making it safer, this project has the potential to create positive economic progress for residents in the area.”