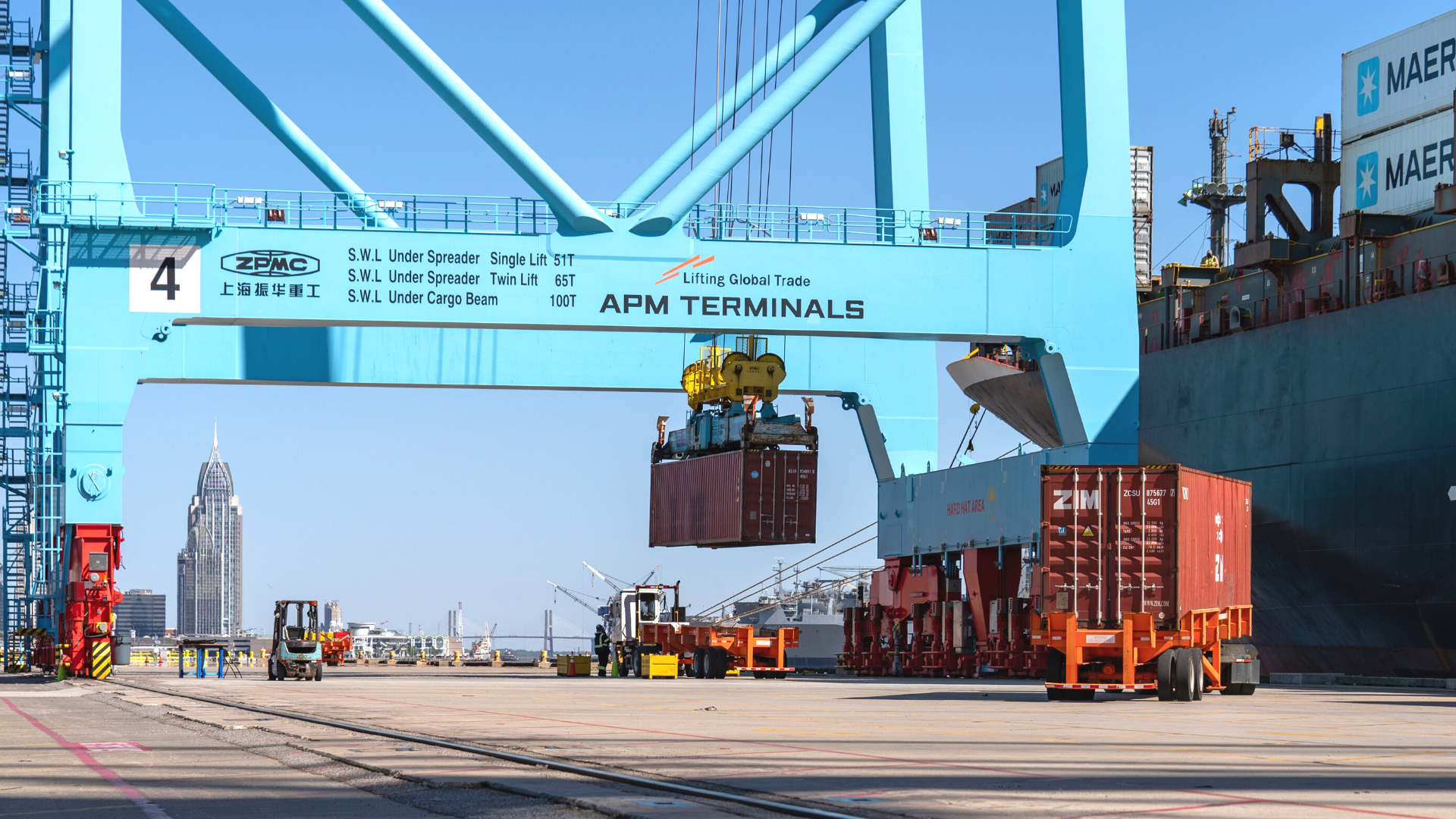 The Alabama Port Authority announced Monday the results of its 2021 Economic Impact Study, which showed that the Port of Mobile, harbor-wide delivered $85 billion in value to the State of Alabama over the calendar year 2021.

In addition, economic activity at the Port creates about one in seven jobs statewide, with a total of 312,896 jobs across the State of Alabama. The economic activity from the Port and related businesses also provides $2 billion in tax revenue to the State and local governments each year.

The economic impact study was conducted by Martin Associates, a leading economic research and consulting firm specializing in economic studies for ports worldwide.

“These results are cause for celebration throughout Alabama,” said U.S. Senator Richard Shelby, Vice Chairman of the Senate Appropriations Committee. “The impact that the Port of Mobile has already had on Alabama’s economy is remarkable. I am proud to witness this great news and believe these numbers will continue to improve. I have long known that Alabama’s largest port could have a pivotal impact on the growth of our state. Throughout my career, I’ve focused on projects that aim to position Alabama for long-term success, and the Port has been one of those priorities. Its rise is attributable to everyone who has been involved in promoting its growth and the many ways it benefits Alabama. This is just the beginning.”

“These numbers make it clear that the Port of Mobile is a tremendous asset to the State of Alabama. Economic activity at the Port radiates across the entire state – whether it’s auto manufacturing, agriculture, logistics, space and defense, forest products, energy, or any of the myriad of other industries that make Alabama great, every corner of the state sees some benefit from the Port’s work,” said John C. Driscoll, Director and CEO of the Alabama Port Authority. “We believe that the Port of Mobile is the most dynamic, compelling port in America, and as we look ahead to an expanded container terminal, a deeper and wider ship channel, intermodal rail, and inland ports, these numbers will only grow. While these results are a sign of the progress made to date, we know there is more room for growth in our future and look forward to continuing to deliver for our customers and the entire State of Alabama.”

The Martin Associates report, which analyzed the direct, indirect, and induced economic impacts of the Port of Mobile and the related private-sector port businesses for the 2021 calendar year, showed increased growth compared to 2019 in nearly every business line. The highest growth was in the container cargo, lumber, and liquid bulk sectors.

The Port of Mobile is the fastest-growing container terminal in the United States over the past five years, with 54.9 percent volume growth since 2017. It is strategically located in the northern Gulf of Mexico with access to an international airport and two interstate systems, I-65 running north/south and I-10 running east/west. The intermodal container transfer facility (ICTF), which will be an on-dock facility by 2025, provides access to five Class I and four short-line railroads. From the ICTF in Mobile, containers can reach Chicago in three days.

The Alabama Port Authority serves all 67 counties in the state of Alabama and oversees the deep-water public port facilities at the Port of Mobile. In addition to interstate, air, and rail, the Port Authority’s container, general cargo, and bulk facilities have immediate access to nearly 15,000 miles of inland waterways. Once the channel deepening and widening project is completed, the Port of Mobile will be the deepest container terminal in the Gulf of Mexico.