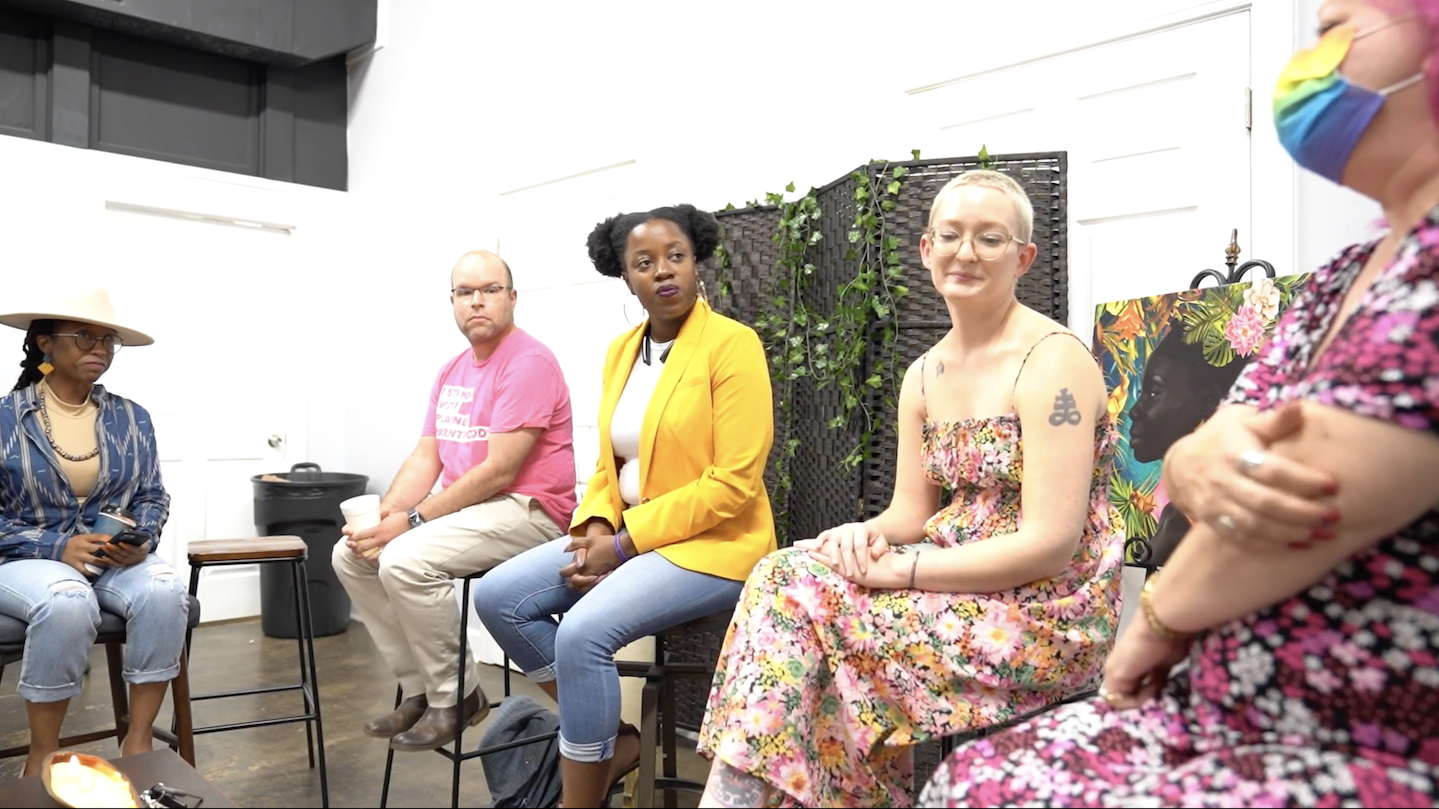 A panel of abortion advocates discusses the post-Roe reality in Alabama.

Some of Alabama’s leading abortion activists gathered Saturday in Montgomery to screen the documentary Abortion Talks and discuss how advocates are working in the new landscape in the state.

Since the U.S. Supreme Court overturned Roe v. Wade in the summer, abortion has been illegal in Alabama including in cases of rape and incest.

POWER House founder Mia Raven said people still show up to the clinic next door looking for ways around the law.

“(They think) I know a way for them to get an abortion in Alabama, or there’s some kind of secret code or actions I can give them where they can get access to it and I don’t,” Raven said. “And quite frankly, the state is stifling all of our speech. Every person you see on this panel, I can tell you exactly where you need to go for an abortion. But I cannot do that right now out of fear of prosecution.”

But in some ways, Raven said not much has changed, as Alabama had already made it difficult for some people to obtain an abortion before the Supreme Court reversal.

“We really didn’t have Roe because it was still difficult to get to a clinic,” Raven said. “If you were in southern Alabama and you didn’t have transportation, even getting to Montgomery was difficult for some people. I was working in the clinic and I had someone call me while abortion was legal and tell me they were eating bleach tablets because they couldn’t get to Montgomery from an hour and a half away. So Roe was never the ceiling; it’s always been the floor.”

Stephen Stetson, state director for Planned Parenthood, said handing back regulations on abortion to the states creates disparities between people living in poverty and wealthier families.

“It’s convenient for wealthy people who can fly to California,” Stetson said. “We’ll have the best of both worlds: take an Alabama moral pose that ‘we just don’t kill babies here,’ but when your daughter’s pregnant, she can just fly to Los Angeles and stay with an aunt.”

Stetson also criticized the Alabama Legislature for not expanding medicare to help women who have had their abortion access limited.

The advocates also talked about the language and narratives they are pushing back against as they hope to advocate for abortion to be seen as a right.

“It’s been over four months since Roe was overturned and we know how crucial it is to keep the momentum going when it comes to supporting abortion access,” said Heidi Miller, development manager for the Yellowhammer Fund. “One of the most important ways to do so is to fight conservative propaganda and take control of the narrative. Yellowhammer Fund affirms that abortion is health care and that there’s nothing ‘pro-life’ about those who oppose it. Everyone has the right to safety and bodily autonomy. We cannot just sit idly by while our rights continue to be stripped from us. Let’s keep the conversation and work going together.”