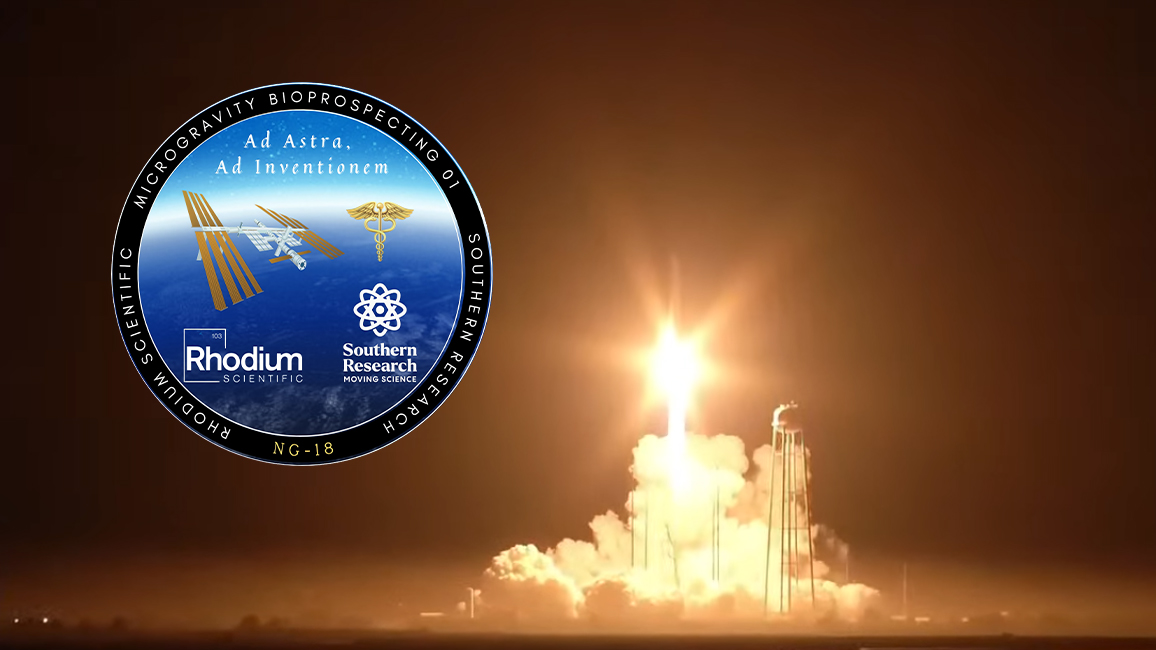 When Northrop Grumman’s Antares rocket launched Nov. 7 in Virginia, it was carrying 11 bacterial strains that will help the team study what has emerged as a promising approach to fight cancer.  NASA/Southern Research

Southern Research and Rhodium Scientific have partnered to send bacteria to space on a mission to find new hope for people with cancer.

When Northrop Grumman’s Antares rocket launched this morning in Virginia, it was carrying 11 bacterial strains that will help the team study what has emerged as a promising approach to fight cancer.

“Southern Research has always been in the business of moving the boundaries of science,” said Josh Carpenter, Ph.D., president and CEO at Southern Research. “This is just the latest example of our team pushing the frontiers to expand our knowledge and find new ways to help people live longer, healthier lives.”

The project is a partnership with Rhodium Scientific, a woman-owned biotech company based in Houston, Texas, that conducts science in microgravity and specializes in finding ways to use discoveries made in space to develop solutions for life on earth.

“We are excited to partner with Southern Research and support its work in cancer research,” said Olivia G. Holzhaus, founder and CEO of Rhodium Scientific. “This project is a perfect fit for Rhodium Scientific’s bioprospecting program and is the first mission utilizing the cosmos to discover novel compounds of pharmaceutical interest.”

It’s the first time Southern Research’s cancer research team has collaborated with NASA-supported, commercial space researchers. As a result of the project, scientists at Southern Research will be able to explore what happens to bacteria in space and use that information to further explore the cancer-fighting properties of small protein fragments called peptides.

“We know that proteins grow differently in a low gravity environment,” said Rebecca Boohaker, Ph.D., director of oncology at Southern Research. “We are looking to see if there are enough differences that would allow us to develop novel cancer therapies.”

Peptides, which can be obtained from bacteria and other sources, have been shown to have potential in fighting cancer as well as infections. Research has focused on using peptides to trigger an immune response that helps patients battle cancer and also to reduce treatment resistance that plays a significant role in cancer deaths.

Rhodium’s science team will work with astronauts aboard the International Space Station to grow the 11 strains under microgravity conditions, and then return them to Southern Research to conduct the research on the bacteria grown in space, Boohaker said.

Southern Research worked with NASA for many years through its previous engineering division, which was sold earlier this year to Kratos, a national defense contractor. Boohaker said the experiments with bacteria give new life to that longstanding collaboration.