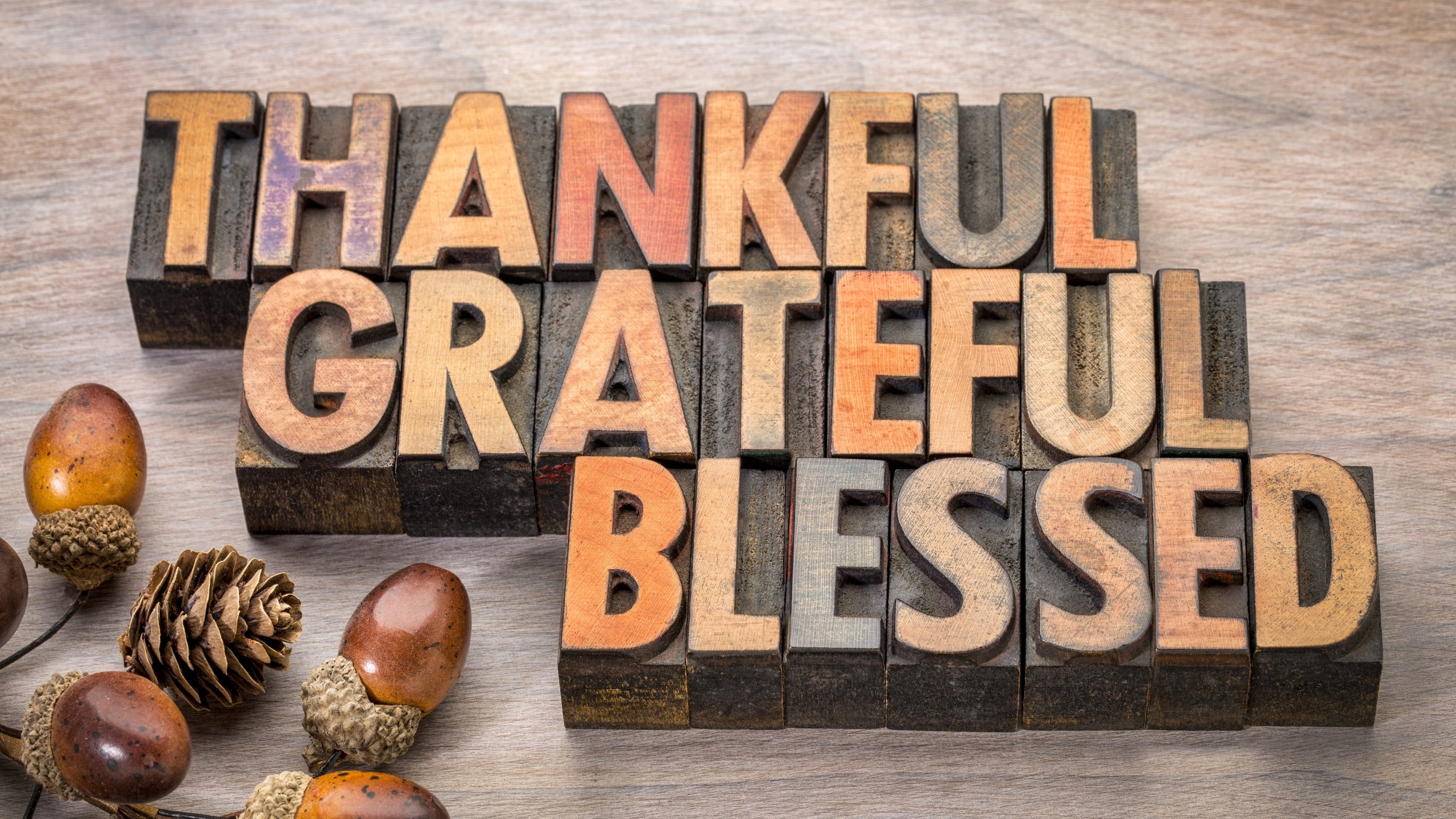 I have so much to be thankful for this year, as we all probably do. And we shouldn’t need a holiday, Thanksgiving Day, to show our gratitude.

Yet, it’s important to express our thanks for the good stuff in our lives. Or, sometimes, that stuff is not so good, but we learned an important lesson. So, we’re thankful for that, I guess.

Of course, I’m thankful for my wife, Veronica. We’ll be married 43 years in February. On Ground Hog Day. We’ve been together for more than 44 years. I married up, as I tell my friends and what remaining family I have.

They all, to a person, agree with me.

I’m thankful for that. I’m not so thankful for her health challenges, though. In my family, cancer is our demon. In Veronica’s family, it’s those achy, breaky hearts. Veronica had her fifth cardioversion last week to shock her heart back into sinus rhythm from the a-fib she juggles most every day. I’m not thankful for what Veronica must go through in trying to maintain her health. I love her for her courage and strength. I’m not thankful her pain and distress.

Our dogs – currently Nellie Bly (Pug) and Johnny (Yorkipoo) – make me thankful. We’ve had dogs during most of our marriage. At one time, we had more than 12 pups, mostly Pugs, but some Pug mixes and outliers, as well. Our dogs over the years have me thankful they came into our lives, are still in our memories.

I’m not thankful for how many dogs and cats end up in shelters, though. Many of them are killed in those shelters. That’s their last stop. Not only am I not thankful for that, but it also makes me profoundly sad.

I am so thankful I landed in two careers that continue to challenge me: Journalism and teaching. I knew I wanted to be a journalist all the way back in fifth grade. The classroom came much later, after I earned a master’s degree in English and began teaching writing and literature at UAB. I’m in my 22nd year as an instructor, and I’m so thankful I get to corrupt young minds with my liberal screed, as my detractors tell it. But I probably am that college professor your parents warned you about.

I’m not thankful that young people have to pay so much to attend public universities. Some students have to drop out because they can’t afford college anymore. I’m also not thankful for those jealous folks who begrudge those folks who might see some of their college debt forgiven in a program being pushed by President Biden.

I’m also not thankful for the makeup of the U.S. Supreme Court, which is dominated by liars who overturned the right for a woman to determine what SHE’S going to do with HER body. Most every insurance plan covers boner pills for men; many do not cover birth control pills for women. We force 12-year-olds to have rape and incest babies, but we do so little to hold the men accountable for their significant role in these horrors. So what? Republican attitudes: Let’s force babies to have babies.

I am so thankful that Republicans did about as poorly on a midterm election as a party can, yet one of the first actions they wanted to take was to raise the voting age to 21. Today’s Republicans don’t have an agenda that appeals to most Americans, so their only option is to try to prevent folks who might vote against them from voting at all.

Too, have you noticed how many nuts are in the GOP now? The whack jobs are running the asylum, and most Republicans are OK with that. That certainly doesn’t make me thankful.

This year I’m most thankful for Isla Ray Denton, our new and only granddaughter. She was born on Aug. 16 to our daughters, Nicole and Sara Kate Denton, two wonderful women who love each other and their new baby. And, thankfully, she’s the most beautiful baby in the world. But aren’t they all? No, they’re not. Just Isla Ray. Thankfully.

We all have a lot to be thankful for. And much we are correct to not be thankful for. Let’s prioritize those blessings we have and reject the negativity, trolls, and awful people (family or not) who cross our lives.

Let’s have our symbolic Thanksgiving meal, hold hands, express our gratitude, and take a nap.

Oh, those naps. We can all agree to be thankful for naps. I’m not always thankful, however, when I have to wake up.

During these days, it can be really scary out there.