At-least three incarcerated individuals have died over the past week at three separate facilities in Alabama, according to statements from the Alabama Department of Corrections obtained by APR on Tuesday.

Snow’s death was reported at Ventress Correctional Facility on Nov. 29, according to the statements from the ADOC, after he was discovered “visibly ill” on his bed at the Barbour County facility. Life-saving measures by medical staff at the facility had failed after he was transported to the health care unit that same Tuesday.

That weekend, Heit was discovered unresponsive on his bunk at the Bullock County on Friday of last week, facility and transported to the facility health care unit. Medical staff attempted life-saving measures on Heit, but were unsuccessful, and he was pronounced dead on Friday.

The following Sunday, Anthony Ford began complaining of chest pains to a shift officer at Staton Correctional Facility and was taken to the health care unit for assessment. Ford was later transported to an area hospital, but his condition began to deteriorate en route, and Ford was pronounced dead later that same day.

A fourth individual, Scott Allen Chatwood, a 35-year-old incarcerated individual from Staton Correctional Facility that is currently being held at Baptist South Hospital in Montgomery, is “not expected to survive,” according to the statements from the ADOC. Chatwood was transported to the hospital on Nov. 29, for treatment of an unspecified series of health issues.

Including these most recent confirmed deaths, at least 13 incarcerated men have died in state prison facilities statewide over the past two weeks, according to prior statements released by the ADOC, with nine individuals confirmed dead over the week of Thanksgiving. 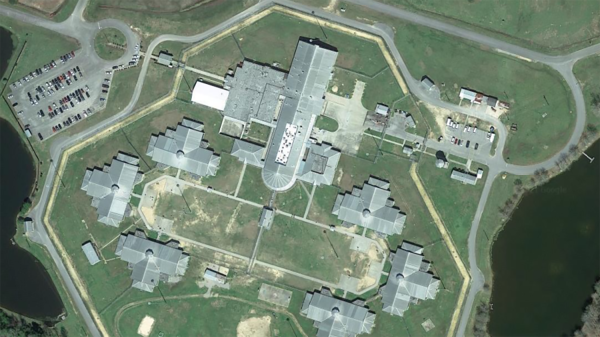 Danny Moore was the second incarcerated man to die at the Bibb County Facility over the previous week.